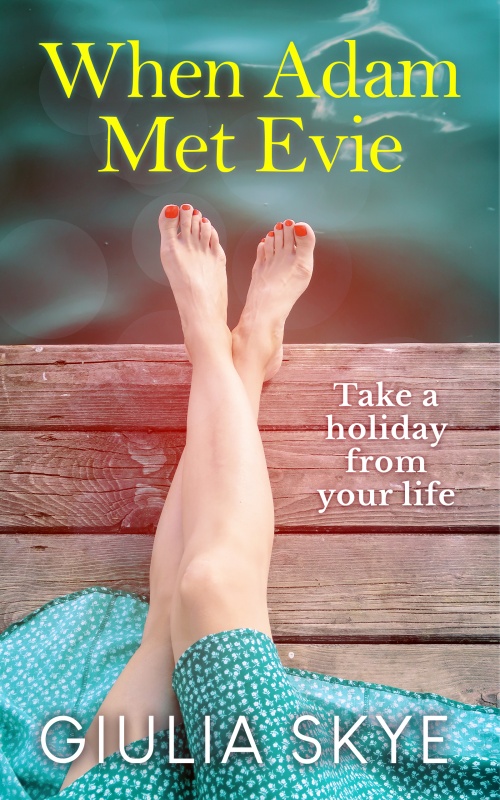 A big welcome to Giulia Skye and the blog tour for her new novel, When Adam Met Evie. Giulia has shared an extract with us but first, here’s a little about the book…

When former Olympic Swimmer, Michael Adams—now Canada’s hottest reality TV star— insults his fake showbiz wife on social media, he escapes the ensuing scandal and jumps on the first flight to Australia. Desperate to experience ordinary life again—if only for a few weeks—he becomes “Adam”, just another tourist traveling through the Outback. But with a reward out for his safe return and his fame’s nasty habit of catching up with him when he least expects, he needs a better disguise… and he’s just found it.

Sweet and scruffy British backpacker, Evie Blake, is taking a year out of her busy London life. Tired of lies and liars, she’s looking for adventure to heal her broken heart. So when the hot Canadian she meets at the campground offers to be her travel partner through Western Australia’s wild Kimberley region, she grabs the chance, unaware he’s got the world out looking for him.