Blog Tour: Who Do You Think You Are Maggie Pink? by Janet Hoggarth

Book Review: Who Do You Think You Are Maggie Pink? by Janet Hoggarth 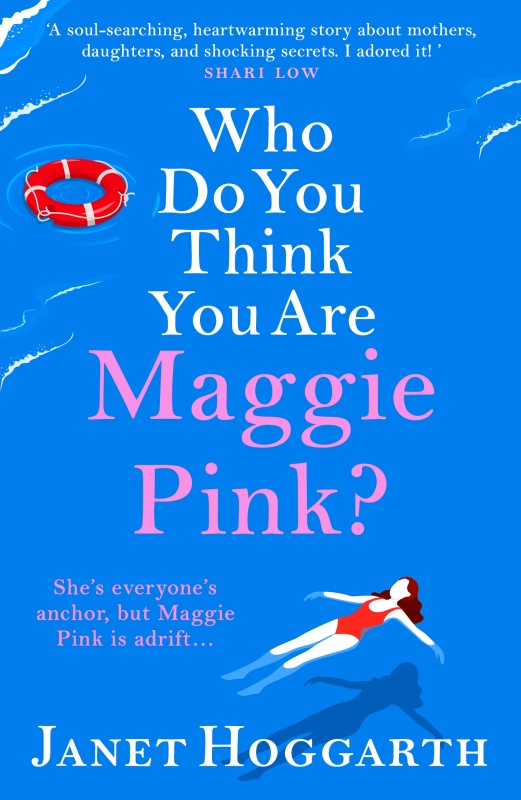 I am pleased to be welcoming back Janet Hoggarth to Novel Kicks and the blog tour for her novel, Who Do You Think You Are Maggie Pink

Maggie Pink is a lot of things to a lot of people, but does she know who she really is?

Maggie is a mother to a stroppy teenager, a wife to a befuddled husband, and a daughter to two very different women. She has always known she’s adopted, but has she ever understood what that means? Not really.

Following the death of her mother, Maggie finally feels able to go in search of her birth mother Morag, and heads to the Highlands of Scotland with her disgruntled daughter Roxie in tow, leaving her crumbling marriage to worry about another day.

The family reunion is bittersweet, but everything is blown wide open when Roxie unearths Morag’s explosive teenage diaries. Why did Morag give Maggie away? What really happened all those years ago, and how have the echoes of the past resounded through the generations, like ripples in a puddle?

And when all the secrets and promises are out in the open, will Maggie finally have an answer to the question – who do you think you are Maggie Pink?

Maggie Pink is a wife to Adam and a mother to teenager, Roxie. Mother and daughter do not have the best relationship.

Maggie has also always known that she was adopted.

When her mother dies, Maggie feels that it’s time to go looking for her birth mother, Morag.

However, the secrets and revelations are only just beginning.

I have previously had the opportunity on this blog to share an extract from Janet’s novel, The Single Mums Move On, and so when I was invited onto the blog tour for her latest novel, Who Do You Think You Are Maggie Pink?, I jumped at the chance and couldn’t wait to get started.

I knew from the books description that this novel was going to be a bit of an emotional rollercoaster and I wasn’t wrong.

I did like the multiple viewpoints as it gave a real overall picture of what all these women were going through and thinking.

Maggie was someone I could relate to, having lost my own mother in my 30’s. To start with, she’s a hard character to get to know. She’s a closed book but as the plot progressed, you begin to understand why.

Roxie is a typical teenager but, like with Maggie, empathy for her builds throughout the novel as you see things from her point of view.

The plot, in my opinion, moves well and the characters are well rounded. The supporting characters, Fiona, Issy and Angus especially are wonderful.