Clink Street Spring Reads 2018: Extract from The Book of Air by Joe Treasure 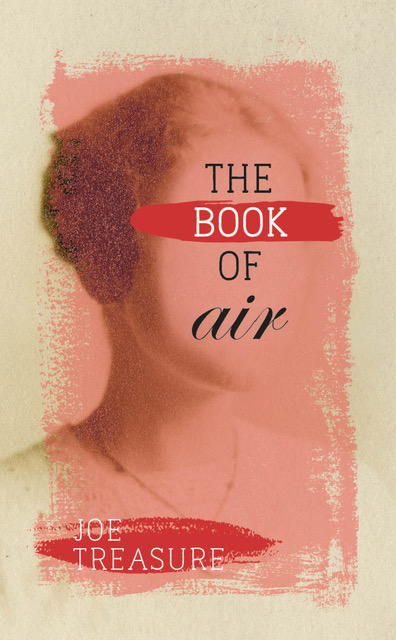 The Clink Street Spring Reads 2018 event is back with Novel Kicks and I am happy to be welcoming Joe Treasure to the blog today. His novel, The Book of Air was released by Clink Street Publishing on 4th April 2018.

Joe and Clink Street have shared an extract today.

Baptised in the river

In his teenage years, Jason, his mother and his younger sister Penny are part of a Christian community, travelling on the ‘ Jesus Bus’. When the decision is taken to settle permanently in a farmer’s field, Derek, their leader, sets about re-baptising everyone. Jason is the last.

Next day I sat with the others for breakfast. My mother brought me bacon and eggs and some black pudding, which she knew I liked. She gave me a pleading look. ‘Be a good boy, Jason. This is our future now.’

Derek stood up and said that everyone had been baptised except me, and today it was my turn. ‘From now on,’ he said, ‘you shall be called Tarshish.’

I knew he meant to humble me. I said, ‘Who’s Tarshish when he’s at home?’

And Derek said, ‘You know, Tarshish son of Javan son of Gomer son of Japheth son of Noah who built the ark and lived for nine hundred and fifty years.’

And Derek got in a strop. ‘You wanna watch it son,’ he said. ‘I’ve had my eye on you, and I reckon you been pitching your tent towards Sodom.’

For a moment I thought he was going to hit me. But he closed his eyes and started praying. ‘Dear Lord Jesus Christ, if it be thy will, cleanse this child of his foul words and foul thoughts and whatever else he’s been getting up to.’ He took a deep breath, while the wind touched the leaves with a dry sound. Then he opened his eyes and said, ‘Come on Lester. Lloyd. Let’s get on with it.’

I turned to run, but Lloyd was standing in my way. I felt his meaty hands on me. Then my legs were lifted off the ground. I saw faces swing past – Granny Cheryl with one hand over her mouth, little Tiffany squirming on her lap, Penny frowning. I saw my mother’s eyes, large and sorrowful, before her head dropped. They carried me into the river and held me upright while I kicked about to find my footing.

END_OF_DOCUMENT_TOKEN_TO_BE_REPLACED 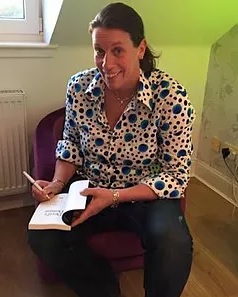 Clink Street Spring Reads 2018 has arrived at Novel Kicks and I am pleased to be welcoming the author of Devil’s Demise, Lee Cockburn to the blog. Lee, how do you create a sinister villain?

In everyone’s mind, there are ideas of what a villain should be, so it is a very individual thing, each to their own, as to what would make a realistic and frightening bad guy so to speak, they come in all shapes and sizes, many blending in unnoticed in society, living along side us.

My villain in Devil’s Demise is truly evil, filled with hate and anger with a genuine belief that these feelings truly lie at the feet of the women he now hates, which of course is absolutely not the case, and his failings and attitudes in life are his own doing and no-one else can be blamed.

What makes a villain sinister and frightening, is what he or she is capable of, the fear they install in others, the victim’s inability to defend themselves against them, or to get escape from them and all of these factors put together, set the scene for a terrifying situation, the one of desperation and helplessness, and true fear of the baddie!.

Eyes are very important, soulless eyes, eyes that show no emotion, no hint of remorse or willingness to listen or understanding the pleas of their victims, evil emotions fixed on their prey and totally focussed on what they intend on doing, leaving no chance for a change of heart, no human caring emotions, no conscience or remorse, just a broken mind, filled with hate and intent.

Throughout the novel I play on the readers fear too, they put themselves in the situation of futility, helplessness, and terror , one of sheer desperation and in their minds they too become truly frightened of the monster, the shape or vision they have created by themselves of villain’s appearance and genuinely fear this person.