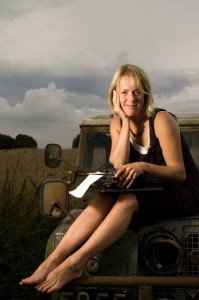 JoJo Moyes has announced that she is releasing a sequel to Me Before You. The new novel will be called After You and is due to be released in the autumn.

JoJo’s best selling novel, Me Before You is currently being adapted into a movie staring Sam Claflin (The Hunger Games, Love Rosie,) and Emila Clarke (Game of Thrones.)

“I hadn’t planned to write a sequel to Me Before You. But working on the movie script, and reading the sheer volume of tweets and emails every day asking what Lou did with her life, meant that the characters never left me. It has been such a pleasure revisiting Lou and her family, and the Traynors, and confronting them with a whole new set of issues. As ever, they have made me laugh, and cry. I hope readers feel the same way at meeting them again.”

After You is due for release by Michael Joseph on 24th September 2015. I loved Me Before You and I can’t wait to find out what happens to Lou. If you can’t wait for the film or the book, Penguin have released a book trailer. Enjoy!