Author Interview: Lesley Thomson Talks About The House With No Rooms 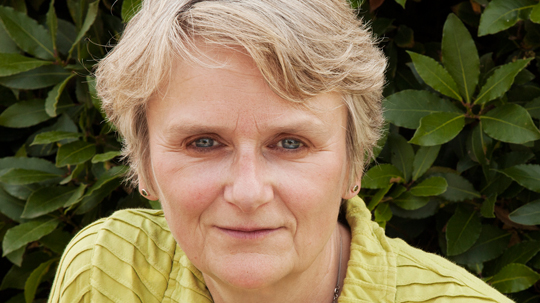 I’m pleased to be welcoming author Lesley Thomson to Novel Kicks today. Hi Lesley. Could you tell me a little about your typical writing day?

Hi Laura, great to be here.

My day starts at 6.45am when I walk the dog. In summer this is a lovely part of the day, with the sun shining on the ruins of the Priory behind our house and the grass lush and green. I know the other walkers who are out at that time and feel lucky to have such interesting conversations before breakfast. In the winter in the wet and dark, togged in waterproofs from head to foot with a torch strapped to my forehead, it’s more of an expedition.

I start work at 8.30 and break for coffee at 11am. I work until 1pm. If it’s a first draft then – after lunch and a longer walk with my dog – I do research. This is reading books and articles and taking notes. Perhaps setting up interviews. If I’m further on in the novel, I’ll continue redrafting until about 5pm.

Can you tell me a little about your book, The House with no Rooms and how the idea originated?

The House with no Rooms is a murder story set in Kew Gardens in the hot summer of 1976 and in 2014. Jack and Stella follow a series of clues to uncover a terrible secret that is forty year old.

I visited the Marianne North gallery in Kew Gardens. A 19th Century botanical artist, North painted plants and flowers on her solo expeditions around the world. There are 833 numbered pictures hanging in what looks like a house. My character Jack sees numbers as signs that dictate his actions and hold clues he must decipher. The story features the Palm House, the Queen’s Beasts and the Herbarium that stores thousands of dried specimens collected over two centuries. They are called ‘dead materials’. Add to this that the botanist’s chief tool of trade is the scalpel and I realised that the Botanical Gardens was the perfect place to set a scary crime novel. 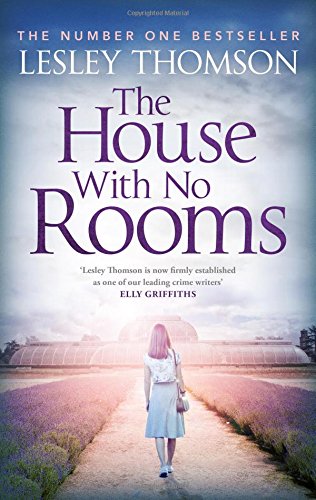 Do you have any writing rituals (needing coffee before you begin? Writing in silence etc.)

Yes, as I mentioned earlier, I have coffee at 11am. I drink out of a particular mug that I only use for work. I take the dog for walks at about the same time every day. While I work, I play Radio 3 although I like silence too. All this is less about superstition, I have found that a combination of ritual and routine gets me get into story and keeps me writing.

These would keep me going. I would need nothing else,

Our Mutual Friend by Charles Dickens

The Moonstone by Wilkie Collins.

There are two. As an adult, I’d like an introduction to Sergeant Cuff in The Moonstone. He has a quiet ego, he knows he’s good at his work, but is prepared to be wrong. But of course he isn’t. He’s professional, honest, unflurried and gives people careful attention. He has a great sense of priority. What matters most to him is to grow roses. I’d love to have tea with him in the garden in Dorking that he moved to after he retired. I’m sure I’d come away wiser.

As a child, I wanted to meet Lucy in The Lion, The Witch and the Wardrobe. She is passionate, honest and brave. Actually I’d still like to meet her.

What advice do you have for someone who is thinking of or in the processes of writing a book?

A writer is privileged to live in more than one world, their fictional world and the ‘real’ one. Sometimes I find the former more real. Two bits of advice, if you’re writing a novel, keep going until the end. Then you’ve got something to work with. If you’re contemplating writing, stop contemplating and start! Never wait for the muse to strike because it tends to strike when words are already on the page, not when the page is blank. And as I said earlier, you might see if it helps you to establish a routine. Above all, keep going.

How do you approach the writing process? Do you plan much, edit as you go?

I have the idea and write a synopsis. Then I plan out the novel chapter by chapter. I consider what research will be needed. This might be interviewing experts in their field. For The House With No Rooms I talked to botanists, a botanical illustrator and the ex Met Detective Superintendent and District line driver who have helped me with the Detective’s Daughter series. I walk the places in my novels. The House with no Rooms demanded lots of visits to Kew Gardens, poor me… I start the research after I’m half way through a draft when I know what questions to ask.

I write a first draft, ploughing on without editing even if I’m not happy with it. Then I do another draft, editing, refining and rearranging scenes to ensure they work. By the time the novel is published I have completed at least six drafts.

Contentment. It is suggests satisfaction with one’s life and in the moment. I imagine I would feel contentment sipping tea in Sergeant Cuff’s country garden with the scent of roses on the summer air. 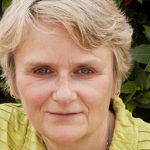 Lesley Thomson grew up in London. Her first crime novel A Kind of Vanishing won The People’s Book Prize in 2010. The Detective’s Daughter is a number one bestseller and Sainsbury’s ebook for 2014. Ghost Girl, the second in the The Detective’s Daughter series (2014) went to number one in Sainsbury’s e-chart and is another bestseller. The Detective’s Secret was published in 2015. The Runaway, an eBook short about Stella Darnell (the detective’s daughter) came out in July 2015 and the fourth in the series, The House with No Rooms in 2016.
For more information about Lesley, visit http://lesleythomson.co.uk