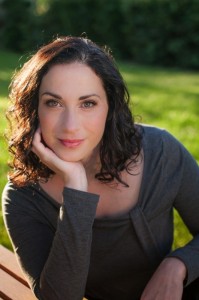 Hi Chevy, thank you so much for joining us. Can you tell is a little about your new book, That Night and how the idea originated?

THAT NIGHT is about eighteen-year-old Toni Murphy who is falsely convicted of killing her sister. Toni and her boyfriend, who was also convicted, spend years in jail. When they are released, Toni just wants to rebuild her life, but Ryan is determined to clear their names. Toni has to face her past and find out what really happened that night and who killed her sister. The spark for the story came from a show I watched about someone who’d spent twenty years in prison for a crime they didn’t commit.

Do you plan much before a novel and do you edit as you go?

I do plan quite a bit. I’m on contracts, so my editor has to approve my story idea, but I also like knowing that she is happy with my idea and we often end up brainstorming and she can notice some pitfalls before I do, which saves lots of rewriting. I try to do as much planning beforehand and get to know my characters as I find things flow better. However, lots of surprises still happen during the actual writing process when the story comes alive.

What is the hardest part of the writing process for you and which has been the most enjoyable?

I like the beginning stage when an idea is coming to life. Not the first, first part, when I’m not sure if the story is going to hold or if my editor is going to like it, but the stage right after that when we are brainstorming a really great idea and I can see how it’s going to unfold. But then the tough part begins, which is sitting down, day after day, and writing it! I like the editing stage, when it’s fine-tuning and adjusting. It’s like when you are cleaning your house and putting everything in order and you can see how nice it will look when it’s finished.