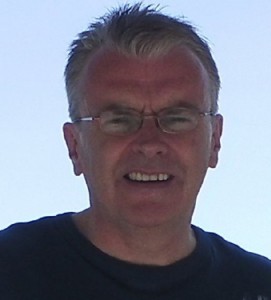 Getting offered a global three book publishing contract by Harper Collins. I have never felt such exhilaration. I had waited ten years for the moment. I felt light, dreamy, and was filled with an anticipation that ached.

Read our review of The Manhattan Puzzle. 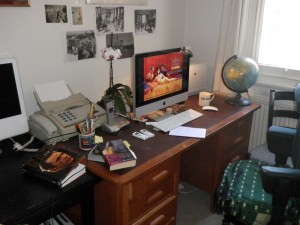 Gill Paul is the author of Women and Children First and The Affair, both published by Avon. Gill tells us about her best writing moment so far, as well as the moment she got her book deal.

Every time I get a Tweet, an online review or a Facebook message from someone who likes my latest book, I’m blown away. These moments are utterly precious.

My book deal moment – I got a phone call from my agent and immediately collapsed in foetal position on the carpet, my heart beating so hard I couldn’t breathe. Once I calmed down, I rang my mum.

Ellie Campbell is the pseudonym for sisters and collaborators, Lorraine Campbell and Pam Burks. Their latest book, Looking for LaLa was published in March 2013 and they share with us their best writing moment so far…

There are two moments that stand out.  One was finding our literary agent, Caroline Hardman.  They often say it’s harder finding an agent than a publisher and we were thrilled when she agreed to represent us. Having a professional backer, who believes in you and who puts their reputation on the line, means so much.

The second moment was having Caroline ring Pam up and tell her we’d been offered a two book contract with Arrow, an imprint of Random House.  It was just unreal.  Something we’d dreamed about but could never quite believe was going to happen. Going through our publishing journey together was tremendous.

Jane Fallon, the author of Getting Rid of Matthew, Foursome and The Ugly Sister, shares her best writing moment so far.

I find that writing comes in waves, so any period when the words are flowing easily counts as one of my favourite writing moments. There was a period, though, that is pretty unrivalled in my memory of the times I have enjoyed my work the most. When Penguin bought Getting Rid of Matthew, my first book, I had written 30,000 words of an eventual 100,000.

The few months after were blissful. Someone – and not just someone, but Penguin, the publishers I had always dreamed of being associated with – liked my work enough to want to publish it. I had no concept then of the attention the book would get, or the self-conscious second guessing that would inevitably come when writing another book after the first has been an unexpected success. I didn’t think about how it would be received, or whether my publishers would like what I was writing. I just wrote.

Obviously it’s impossible to ever go back to that naïve and stress free approach but that doesn’t mean I don’t still get enormous satisfaction from what I do. I still consider myself the luckiest person in the world. It’s just that sometimes it gets harder to lose yourself so completely in what you’re writing.