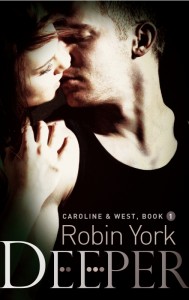 Deeper is the first book in the Caroline & West Series.

West is not someone she should be with. She knows this and even though they both tell each other that they are just friends, their feelings intensify until they can no longer pretend.

In this time, Caroline doesn’t know what she wants to do but has to find courage to fight back.

I didn’t know whether I was going to like this book because I have to admit, I assumed it was going to be a little ‘shades of grey’ genre but I was very pleasantly surprised and once I began to read, I couldn’t put it down and I feel so bad for having mentally put it in that category. Caroline and West were interesting characters to get to know. Apparent complete opposites but both of them are searching for something. It was good to see their relationship develop and it got to the point where I was willing them to kiss.

END_OF_DOCUMENT_TOKEN_TO_BE_REPLACED 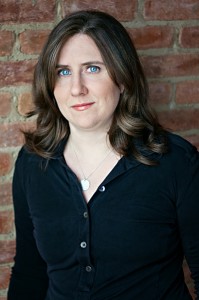 We are very delighted to be part of Robin’s blog tour for her new novel, Deeper, which was released on 6th March. Robin tells us about her new book, her best moment as a writer so far and her advice for aspiring writers.

What is Deeper about?

Deeper is a love story and a coming-into-adulthood story. It focuses primarily on Caroline, a college sophomore who is struggling after her ex-boyfriend publishes sexually explicit pictures of her on the Internet, along with her full name, her location, and her Facebook page. Caroline is smart and ambitious — she wants to go to law school and become a judge, like her father — so when these pictures go viral it threatens not just her sense of self-worth, but also her future. What we see over the course of the novel is how Caroline adjusts and comes to terms with what happened to her, partly on her own, partly in a relationship with West Leavitt, a guy she’s always considered dangerous but who she can’t seem to stay away from. Eventually, we get to see her grow into a kind of fierce righteousness that is very satisfying.

Is there a book you’ve read that has made an impact on you?