A Moment With… Rufus Purdy 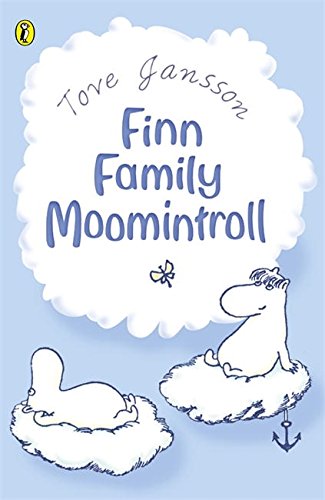 Rufus Purdy has joined me today and I am happy to welcome him to Novel Kicks.

Rufus is the founder of the Write Here… writing school, which offers high-quality, affordable creative writing courses in cities throughout the UK. Here, he shares the five books that have shaped his life.

Over to you, Rufus…

I suppose my parents must have introduced me to the Moomins – but by the time I was seven, I was reading Finnish author Tove Jansson’s tales of these hippo-like trolls and their dark and unsettling adventures all by myself.

What gripped me then was a cast of brilliantly drawn characters, from the resourceful yet self-conscious Moomintroll to the boy-tramp Snufkin, who drifts in and out of the stories with the seasons, and the beautiful language Jansson uses to evoke Moomin Valley – for which read rural Scandinavia. But, for me as a child, what set the Moomins apart was the unapologetic strangeness that runs throughout all the stories, and just how fine is the line between happiness and sadness.

In Finn Family Moomintroll, the first novel in the series, a genuinely scary, creeping sense of menace is offset by the closeness of the Moomin family unit and a reassuring feeling that nothing can go too badly wrong so long as family and friends stick together.

Utterly unlike any other children’s books I’d read at that time, the Moomin novels (first published in the 1940s) will never date – as they’ll always exist outside everyone’s experience.

The Hound of the Baskervilles – Arthur Conan Doyle 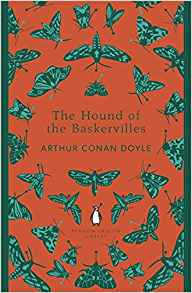 I was introduced to Sherlock Holmes at seven years old by a 1982 BBC adaptation of The Hound of the Baskervilles, and within one episode I was hooked on its potent mix of mystery and the supernatural.

Of course, when I read the book a couple of years later, I found there was no room for anything but the application of pure reason in Holmes’s world and I was amazed by how all the spookiness of the previous 200 or so pages was convincingly explained away by the end.

So this short novel hooked me on the idea that no matter how otherworldly a set-up, an author can always come up with a rational explanation. I was spoilt. It’s a trope often copied by other writers (and in most episodes of Scooby Doo), but rarely matched.

I remain a huge fan of ghost stories, but have accepted the joy of reading them usually comes from the creepy atmosphere the author creates as they build towards an inevitably disappointing conclusion.

And though I’ve spent my life eagerly pouncing on any book that promises similar ingredients to The Hound of the Baskervilles, I’ve yet to read anything as perfect – and as fun. 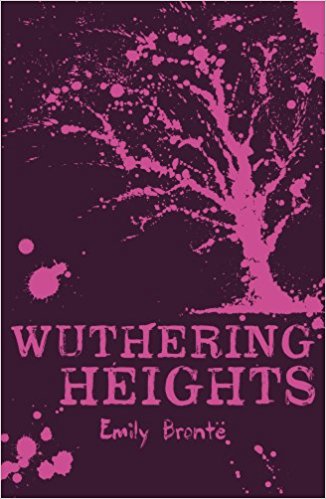 Emily Brontë’s novel fitted the 17-year-old me every bit as well as the yak-hair jacket and indie-band T-shirts I spent my late teenage years in. It was our A-Level English set text, so my friends and I spent a lot of time reading and re-reading it (and listening to the Kate Bush song), but the novel became far more than just a passage to a good grade.

We grew up in Sheffield on the edge of Pennines, and drank our first cider-cans looking out onto the moors of the Peak District, so Wuthering Heights seemed to be written for us. It was, after all, about people in floaty dresses or long coats falling passionately in love and being driven to acts of violence, all while striding through heather with brooding looks on their faces. And in our most pretentious moments – and at this time there were many – we imagined ourselves as Heathcliff or Cathy as we smoked Silk Cuts perched on drystone walls and stared out gloomily at misty moors.

Wuthering Heights affirmed our Northern-ness and told us that, in the adult world, it was OK to have extremes of emotion so strong you might hang someone’s pet spaniel. Something that, as teenagers, we identified with all too well.