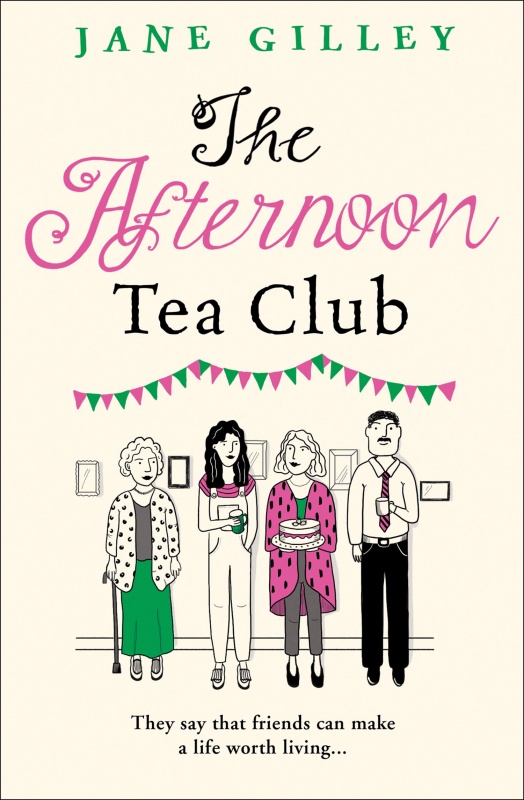 I am pleased to be welcoming Jane Gilley and the blog tour for her latest book, The Afternoon Tea Club.

Marjorie, Stacy, Raymond and Dora each hold a different story to their chest – lost loves, abandoned dreams, crippling self-confidence issues, and simply feeling invisible. For each of them, the thought of letting those stories out is almost as terrifying as letting strangers in, and that makes for a very lonely life indeed.

But when these four strangers who have struggled to “fit in” end up on the same table for an event at their local community centre, little do they know that their lives are about to be entwined and changed forever because of an Afternoon Tea club.

Cue an unexpected journey of self-discovery, some unlikely new companions, and plenty of tea and biscuits along the way…

This novel had me at the title. Tea is one of my favourite things. There’s a lot more to it than that though.

All vary in ages but all are harbouring their own secrets and insecurities. These four characters are also lonely in their own ways.

When The Afternoon Tea Club is announced in their local area, each of our main characters goes although some are more reluctant than others. Dora, Raymond, Marjorie and Stacy are four unique characters who have more in common than they realise. I don’t want to say too much about the plot because, as normal, I hope you will decide to discover this book.

Marjorie carries a lot of learned behaviour and has much emotional baggage tied into the relationship with her husband.

Dora also has a lot of hurt from her past and it’s been something she’s been running from for a long time.

Raymond is probably one of the sweetest fictional characters I have come across. He’s a simple man who is still in love with his wife ever after her death.

Stacy is missing so many aspects of love from her life and she almost has to hit rock bottom to find herself again.

I think out of all of the characters, I related to Stacy the most. She and I don’t share life experiences but there was just something about her. Although, I think she may be a little braver than me.