A Moment With… D.B. Carter 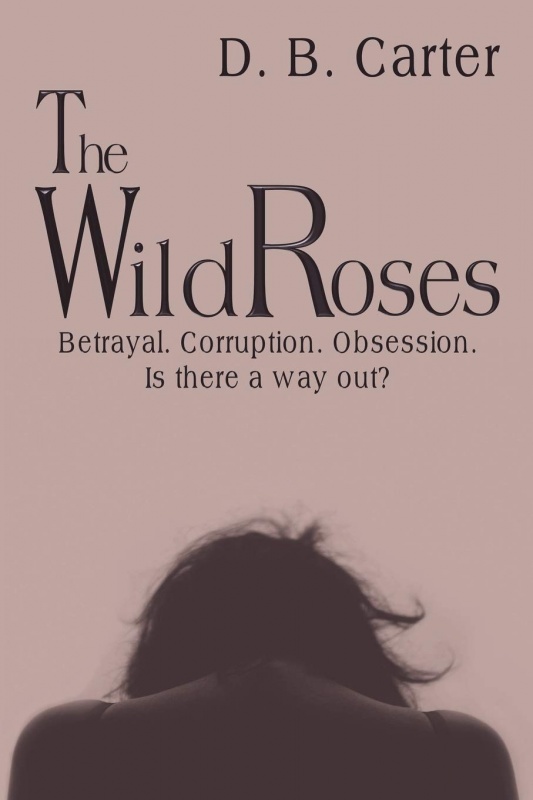 A big lovely welcome today to D.B. Carter. His book, The Wild Roses was released by Mirador at the end of 2019.

Three friendships torn apart by one chance meeting. By autumn 1984 Sharon and Pip are in their final years of school and on the verge of adulthood. Best friends for as long as they can remember, the two young women befriend their badly bullied schoolmate, Gavin.

Their futures are bright until a chance meeting leads to a path of corruption, anger and malicious betrayal. Sometimes, when we can’t rely on those we love, our only hope is in the kindness of strangers. All three teens are driven from their homes to follow very different paths. They face dark times of heartbreak and new temptations.

But there may be ways out and better futures, if they are willing to take risks. What will they choose, and will they ever see each other again?

The Wild Roses is a coming-of-age drama for all ages that speaks honestly of love, loss, jealousy, coercion and self-discovery.

D.B. Carter has joined me today to chat about writing contemporary drama and romance and the challenges he faces. Over to you.

With two published novels, The Cherries and The Wild Roses, I’m starting to accept I may use “author” to refer to myself. I’ve worked in many sectors, including art, computer sciences, and business, but I felt I had come home to the place where I was meant to be when I started writing. My parents were artists and a creative drive runs deep in my psyche, but it took nearly half a century for fulfil my lifelong desire to write the kind of drama-romances that I’ve enjoyed for so long.

I’ve always enjoyed listening to people’s true-life stories. They give so many fascinating details and perspectives on society that the history books will never tell. When I was a lad, I would go with my mum to visit my grandmother, whereupon I’d be presented with a comic (generally the Beano or Dandy) and sent to read in the corner of the room while they chatted about life or reminisced about the past; even then, I realised how many anecdotes they had to relate and how many of life’s pleasures are to be discovered in small details. Since then, I’ve stored away decades of chats and reminiscences and they help me remember the rich assortment of people I’ve had the pleasure of knowing.

I hope I’ve carried these observations into my work as a writer. I’d never replicate anyone’s true story, but I draw inspiration from them. It seems to me we tell most about a character from how they react in a situation – the remarks they make or the tears they shed are testaments to their very souls. To me, the people who inhabit my books are real, and I often miss them when I finish writing.

I get so many kind messages from readers of my books, some of which touch me deeply. It’s a wonderful thing when someone says your writing has helped them in some way. I often cover difficult subjects, but I hope I do so in a compassionate and respectful manner, and I believe creating believable and relatable characters helps foster empathy.

END_OF_DOCUMENT_TOKEN_TO_BE_REPLACED

A Moment With… Julie C. Gardner 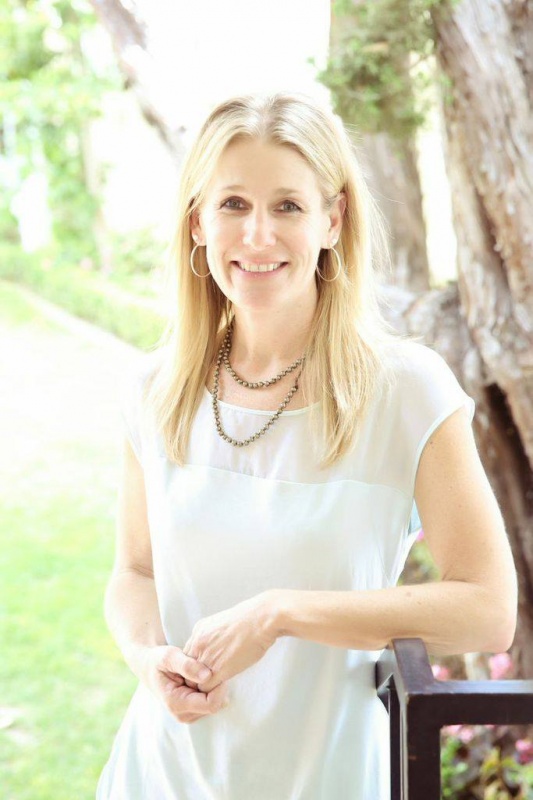 Forgetting Ophelia is the new novel from Julie C. Gardner (released today by Velvet Morning Press.) She’s joined me today to talk about her life in books. Over to you, Julie.

I owe my obsession with reading, at least in part, to my sister Nancy. More specifically to her tonsils. I was seven and my sister was six the year my family drove from California to Texas to spend Christmas with our cousins. On the way, Nancy broke out in yet another of her fevers, her throat swelling up, her tonsils the size of tennis balls. It was a truly miserable situation.

Why? Because Nancy, who was my only playmate on this road trip, was suddenly quarantined. No more alphabet games in the backseat of our car. No songs or hand-slapping routines.

On a pit stop at my Aunt Elaine’s house in Arizona, my aunt took pity on me and my loneliness, whisking me away to a local bookstore where she bought me The Secret of the Old Clock.

I curled up with my new mystery, gobbling the adventures of this titian blonde named…Nancy.

I read every book of hers I could get my hands on. Then the Trixie Belden series. Harriet the Spy. A Wrinkle in Time. Island of the Blue Dolphins. By the time I was ten, I decided to be Judy Blume, not merely devour all her books.

When I was in fifth grade, my parents took me to a bank where they were handing out free copies of James A. Michener’s Hawaii. The book was roughly the size of a toaster. As I announced my plan to read all 1,000 pages of this sprawling saga, my parents chuckled. “Go ahead!” (Of particular interest were the sexy scenes, since I’d recently watched my school’s puberty films.)

By then my sister had had her tonsils removed, and I’d moved on to Little Women, Jane Eyre, Pride and Prejudice, A Tale of Two Cities. A bevy of classics littered my nightstand and saved me from being completely boy-crazy. (Rest assured, I was still plenty boy-crazy. Just ask Nancy and my parents.)

END_OF_DOCUMENT_TOKEN_TO_BE_REPLACED 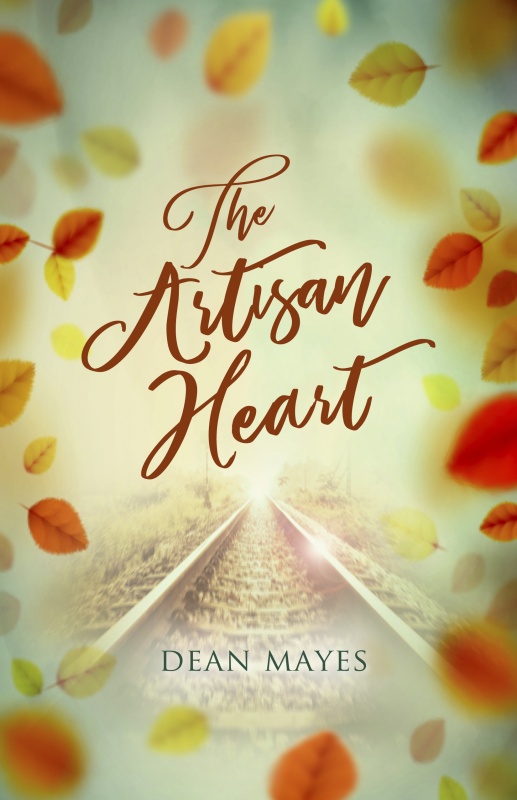 A big Novel Kicks welcome today to Dean Mayes. His novel, The Artisan Heart is due to be released by Central Avenue Publishing on 1st September.

“Hayden Luschcombe is a brilliant pediatrician living in Adelaide with his wife Bernadette, an ambitious event planner. His life consists of soul-wrenching days at the hospital and tedious evenings attending the lavish parties organised by Bernadette.

When an act of betrayal coincides with a traumatic confrontation, Hayden flees Adelaide, his life in ruins. His destination is Walhalla, nestled in Australia’s southern mountains, where he finds his childhood home falling apart. With nothing to return to, he stays, and begins to pick up the pieces of his life by fixing up the house his parents left behind.

A chance encounter with a precocious and deaf young girl introduces Hayden to Isabelle Sampi, a struggling artisan baker. While single-handedly raising her daughter, Genevieve, and trying to resurrect a bakery, Isabelle has no time for matters of the heart. Yet the presence of the handsome doctor challenges her resolve. Likewise, Hayden, protective of his own fractured heart, finds something in Isabelle that awakens dormant feelings of his own.

As their attraction grows, and the past threatens their chance at happiness, both Hayden and Isabelle will have to confront long-buried truths if they are ever to embrace a future.”

Dean is himself an Intensive Care nurse and he is with us today to talk about how he portrays Medicine in fiction.

It is often said that, as a writer, our best writing comes from what we know. I’ve tried to buck that trend over the course of my published works, but there’s an inevitable truth I’ve come to accept – that maxim definitely holds true.

Having been an Nurse for over two decades now – with most of my career focused in Intensive Care – both Adult, pediatric and Neonates – along with Accident & Emergency – I’ve seen things and gained experiences as a clinician that translate well into the realm of gritty fiction. There’s compelling character moments to be found and situations that offer high drama. At the same time, I have to be mindful that I’m writing for a general audience who may not be well versed in the minutiae of medicine. There’s definitely a high wire act to master in writing engaging scenes.

My soon to be released novel “The Artisan Heart” is probably the most comprehensive example of me using my career experience to craft characters and situations.

In the story, we are introduced to Hayden Luschcombe, a brilliant pediatric emergency doctor who has an uncanny ability in diagnosing his patients quickly, efficiently and accurately. He has saved many lives as a result and, as a clinician, he is held in high regard – even if, as a person, he is seen as socially awkward and “on the spectrum” as some colleagues point out in their interactions with him. In one scene, early in the novel, Hayden’s acute sense of observation proves to be life saving for a new-born baby who presents with a stricture of the intestine. In another powerful moment, further on, Hayden correctly suspects a child has been deliberately scalded in boiling water by her parents. During the scene there is a highly charged confrontation between the child’s step father and Hayden that serves to illustrate the variation in presentations to the department and the dramatic circumstances that can spill off from those presentations.

While I won’t blow my own trumpet here and compare myself to Hayden Luschcombe, I did I craft Hayden as an amalgam of my own clinical experiences, working in a busy, inner city children’s emergency department. There are probably two or three other doctors in Hayden, medicos who I’ve worked alongside and watched over the past 10 years. The two examples I cited above are based on real clincial presentations, the latter of which was indeed as emotionally charged as it appears in the novel.

END_OF_DOCUMENT_TOKEN_TO_BE_REPLACED 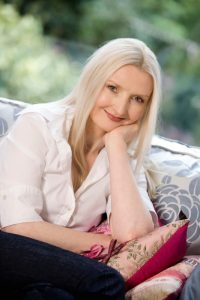 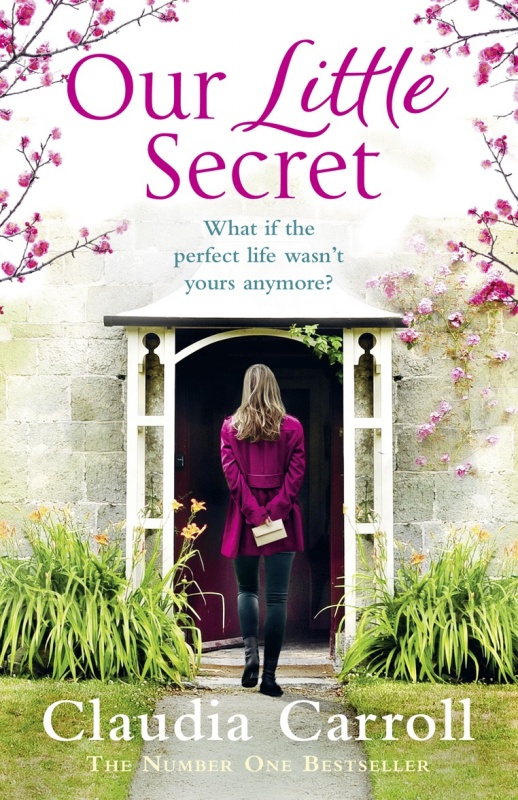 The blog tour train is here. Today, Claudia Carroll joins me to talk about her process when writing a new book. Her latest novel, Our Little Secret was released by Avon on 8th February.

Over to you, Claudia.

Before starting any new book, I’d write out a pitch for it first, just a page or so, nice and short. Then I send it to my agent and editor and see what they think. If I get the thumbs up from them, one of my little tips is to write it out as a short story first, nothing that’ll ever see the light of day, it’s just an exercise for me really, to see if the story idea has legs. Sometimes, I’ll start the short story and the fizz will run out of it, in which case I know that it’s back to the drawing board for me. But if the short story leaves me feeling there’s so much more I want to write, but don’t have room for, then I know I’m onto something.

When it comes to plot, I’m a planner and I think every author is, really. I always think that starting off a novel without a plan is like getting into a car without knowing where you’re going…you’ll just end up driving round in circles.

Once my editor, agent and I have agreed on a pitch, then I do a skeleton outline of any new story before I’d even sit down to write a line. It makes life so much easier later on, on the days when I find I’m a bit stuck. It takes me quite a long time to get to really know my characters, so I’d begin by writing out a rough biography for everyone of them, to try to make them as three dimensional as possible, it helps me hugely.

A reader will quickly lose interest if they just don’t like the hero or heroine. You really have to try to layer them carefully so that they really jump off the page. Remember at the start of a new book, you’re asking a reader to go on a 400 page journey with your characters, and particularly your leading lady, so it’s vital to get character right early on.