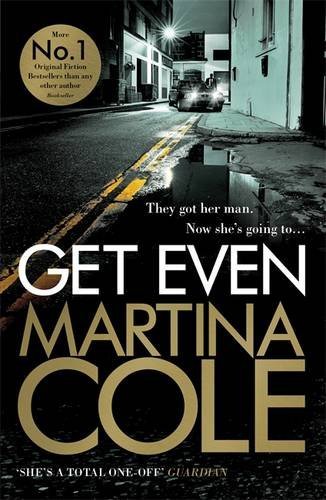 It’s Thursday which means the release of some more fantastic titles.

Get Even is the latest from Martina Cole.

Playing grown-ups, the future is theirs for the taking.

Sharon Conway and Lenny Scott are childhood sweethearts. Everyone says they are too young, but nothing can keep them apart. Sharon doesn’t question Lenny’s business dealings and it isn’t long before his reputation as a hard man destined for the top means they are living the good life with their sons.

It leaves a stain on her heart for ever.

But one night Lenny doesn’t come home. It isn’t the first time he has gone AWOL. But it is his last. He is found murdered – beaten to death in an act of brutality that shocks even the police. And Sharon never knows why.

Now, twenty years later, Sharon is about to find out the truth. Such a crime cannot go unpunished. Revenge is long overdue. The time has come to… 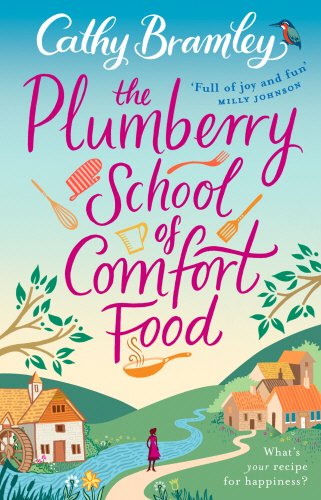 This book was originally published as a four-part serial but it’s now the complete series in one book and it gets its release today. This book had me at its title.

Verity Bloom hasn’t been interested in cooking anything more complicated than the perfect fish finger sandwich, ever since she lost her best friend and baking companion two years ago.

But an opportunity to help a friend lands her right back in the heart of the kitchen. The Plumberry School of Comfort Food is due to open in a few weeks’ time and needs the kind of great ideas that only Verity could cook up. And with new friendships bubbling and a sprinkling of romance in the mix, Verity finally begins to feel like she’s home.

But when tragedy strikes at the very heart of the cookery school, can Verity find the magic ingredient for Plumberry while still writing her own recipe for happiness? 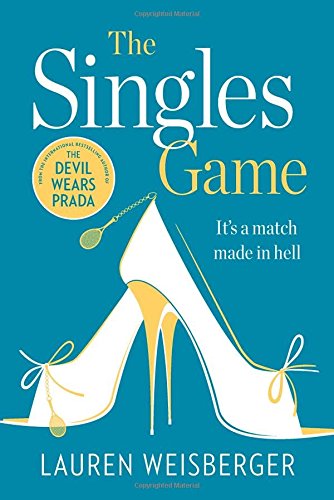 From the author of The Devil Wears Prada comes The Singles Game and with Wimbledon in full swing (see what I did there… I’ll get my coat), it is the perfect book for this time of year.

When Charlotte ‘Charlie’ Silver makes a pact with the devil, infamously brutal tennis coach Todd Feltner, she finds herself catapulted into a world of stylists, private parties and secret dates with Hollywood royalty.

Under Todd it’s no more good-girl attitude: he wants warrior princess Charlie all the way. After all, no-one ever won by being nice.

Celebrity mags and gossip blogs go wild for Charlie, chasing scandal as she jets around the globe. But as the warrior princess’s star rises, both on and off the court, it comes at a high price. Is the real Charlie Silver still inside?

Sweeping from Wimbledon to the Caribbean, from LA to mega yachts in the Med, The Singles Game is a brilliantly entertaining romp through a world where the stakes are high – and no-one plays by the rules.

Saturday Requiem gets its hardback release today and it is the sixth novel in the Frieda Klein series. 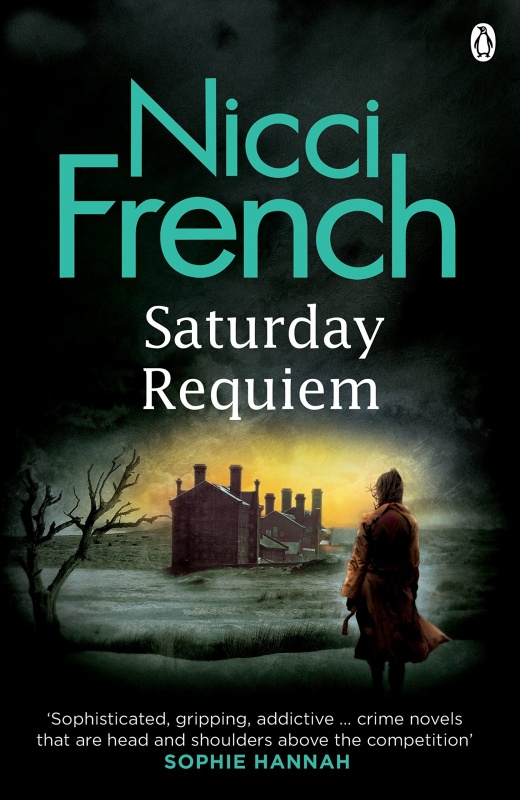 Thirteen years ago eighteen year old Hannah Docherty was arrested for the brutal murder of her family. It was an open and shut case and Hannah’s been incarcerated in a secure hospital ever since.

When psychotherapist Frieda Klein is asked to meet Hannah and give her assessment of her she reluctantly agrees. What she finds horrifies her. Hannah has become a tragic figure, old before her time. And Frieda is haunted by the thought that Hannah might be as much of a victim as her family; that something wasn’t right all those years ago.

And as Hannah’s case takes hold of her, Frieda soon begins to realise that she’s up against someone who’ll go to any lengths to protect themselves . . .

From the author of The Miniaturist comes the hardback release of her latest book, The Muse. I received a review copy of this book and the cover is just stunning. Some books just look so lovely on the bookshelf and this is one of them. The story sounds great too and I am looking forward to reading this one. 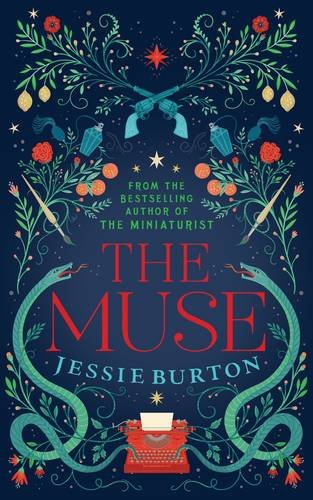 On a hot July day in 1967, Odelle Bastien climbs the stone steps of the Skelton gallery in London, knowing that her life is about to change forever. Having struggled to find her place in the city since she arrived from Trinidad five years ago, she has been offered a job as a typist under the tutelage of the glamorous and enigmatic Marjorie Quick. But though Quick takes Odelle into her confidence, and unlocks a potential she didn’t know she had, she remains a mystery – no more so than when a lost masterpiece with a secret history is delivered to the gallery.

The truth about the painting lies in 1936 and a large house in rural Spain, where Olive Schloss, the daughter of a renowned art dealer, is harbouring ambitions of her own. Into this fragile paradise come artist and revolutionary Isaac Robles and his half-sister Teresa, who immediately insinuate themselves into the Schloss family, with explosive and devastating consequences . . .

This is the sequel to JoJo’s bestseller Me Before You and it’s released in paperback today. I am intrigued as to what is next for Lou. I’ve not seen Me Before You in the cinema yet but can’t wait to. 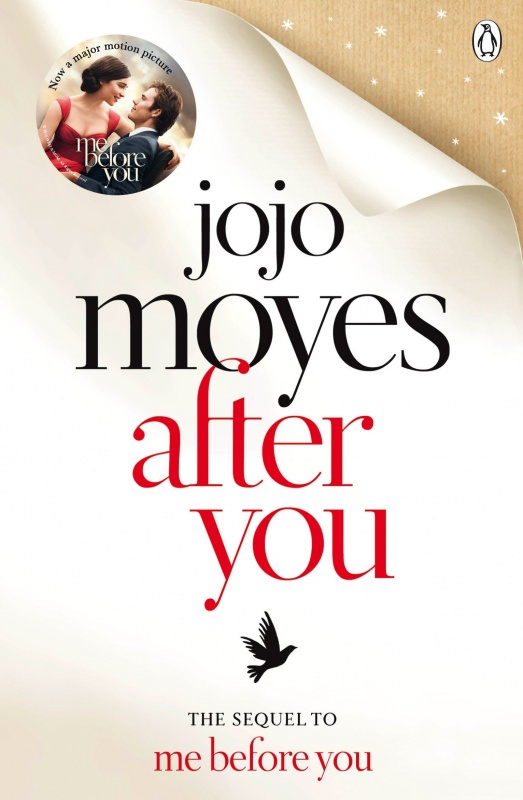 Lou Clark has lots of questions.

Like how it is she’s ended up working in an airport bar, spending every shift watching other people jet off to new places.

Or why the flat she’s owned for a year still doesn’t feel like home.

Whether her close-knit family can forgive her for what she did eighteen months ago.

And will she ever get over the love of her life.

What Lou does know for certain is that something has to change.

Then, one night, it does.

But does the stranger on her doorstep hold the answers Lou is searching for – or just more questions?

Open it and she risks everything.

But Lou once made a promise to live. And if she’s going to keep it, she has to invite them in . . . 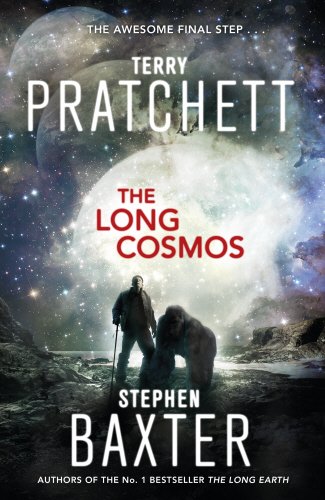 This is the fifth book in The Long Earth series and it’s been released in hardback today. My husband is a great fan of this series so I guess I won’t be hearing a peep out of him for a day or so.

2070-71. Nearly six decades after Step Day and in the Long Earth, the new Next post-human society continues to evolve.
For Joshua Valienté, now in his late sixties, it is time to take one last solo journey into the High Meggers: an adventure that turns into a disaster. Alone and facing death, his only hope of salvation lies with a group of trolls. But as Joshua confronts his mortality, the Long Earth receives a signal from the stars. A signal that is picked up by radio astronomers but also in more abstract ways – by the trolls and by the Great Traversers. Its message is simple but ts implications are enormous:

The super-smart Next realise that the Message contains instructions on how to develop an immense artificial intelligence but to build it they have to seek help from throughout the industrious worlds of mankind. Bit by bit, byte by byte, they assemble a computer the size of a continent – a device that will alter the Long Earth’s place within the cosmos and reveal the ultimate, life-affirming goal of those who sent the Message. Its impact will be felt by and resonate with all – mankind and other species, young and old, communities and individuals – who inhabit the Long Earths… 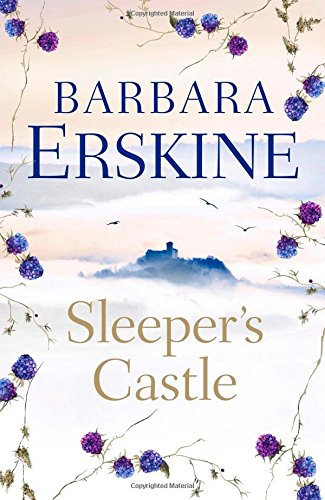 This has got to be one of my favourite book covers of 2016 so far. So pretty.

Two women, centuries apart. One endless nightmare tearing Wales apart – and only they can stop it.

Sunday Times bestselling author Barbara Erskine returns to Hay in the year that marks the 30th anniversary of her sensational debut bestseller, Lady of Hay.

Hay-On-Wye, 1400 – War is brewing in the Welsh borders, Catrin is on the brink of womanhood and falling in love for the first time. Her father is a soothsayer, playing a dangerous game playing on the mixed loyalties and furious rivalries between welsh princes and English lords. For two hundred years, the Welsh people have lain under the English yoke, dreaming of independence. And finally it looks as though the charismatic Owain Glyndwr may be the man legend tralks of. In the walls of Sleeper’s Castle, Catrin finds herself caught in the middle of a doomed war as she is called upon to foretell Wales’s destiny… And what she sees, is blood and war coming closer…

Hay, 2015. Miranda has moved to Sleeper’s Castle to escape and grieve. Slowly she feels herself coming to life in the solitude of the mountains. But every time she closes her eyes her dreams become more vivid. And she makes a connection with a young girl, who’s screaming, who’s reaching out… who only Miranda can help. Is she losing herself to time?