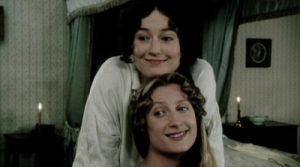 Literature is full of many great characters; heroes and heroines that I’ve loved. What I find though, when these books and characters are written about, it is the main characters that get most of the attention. There are so many supporting characters that are not talked about half as much as they should be.

With so many to choose from, I had a hard time trying to decide which ‘sidekicks’ were my favourites. This list could change tomorrow but for now, these are my favourite supporting characters in literature.

Jane Bennett from Pride and Prejudice. Elizabeth Bennett is the type of girl that you want for a friend. She is kind and fiercely loyal and knows her mind. I believe though that Jane is sometimes over looked for the more popular Lizzie (do not take this for Lizzie hate. I love her.)

Jane is the quiet Bennett sister. She’s seen as the bestest bet in terms of making a good marriage and is seen as beautiful but I feel there is so much more to her than beauty and prospects. Unlike Lizzie, Jane sees the good in everyone and in every situation and is always keen to seek out the positive. 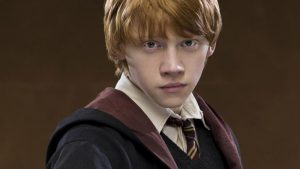 We all know Harry Potter. I adore this series of books. These are the books I go to when I am having a bad time and want something comforting. We all know of the main character of course. Harry Potter is one of the most recognisable fictional heroes but I want to take a moment to admire Ron Weasley. Hermione is also a great character but I think Ron is my favourite.

It must be hard to be in the shadow of his friend and yet he rises above and is always there for Harry with his loyalty and humour. Harry would be nothing without his friends. Ron can be hilarious but he can do the serious thing. Plus, I want to visit the Burrow. It sounds so amazing.

Speaking of loyal friends, I couldn’t have a list like this and not mention Samwise Gamgee from The Lord of the Rings.
If you need a friend, Sam is the one you want to have. Frodo fell at the last moment and it was Sam who helped him get the ring to where it needed to be in order to destroy it. Sam is why they succeeded in my opinion. Had he not carried Frodo that last bit up the hill, then it would have all been for nothing. Sam doesn’t want much in life. He wants love and the people around him. He never had an adventurous side like Frodo and yet he followed him. 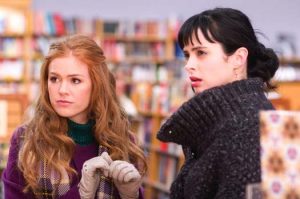 Dr John Watson is another favourite supporting character of mine. We all know him as the partner of Sherlock Holmes. I had never been that big a fan of the Holmes series to begin with. I’ve not read any of the books. I have to admit that I became a fan of John Watson with the BBC Sherlock series.
Like Frodo and Sam, you can’t have Sherlock without John and vice versa.

Finally, my favourite supporting character is Suze from the Shopaholic series.
Becky is one of my favourite fictional characters but I also love Suze who can be incredibly funny and has pretty much stuck with Becky through thick and thin (bar a couple of arguments.) I just love her. She’s Becky’s voice of reason.