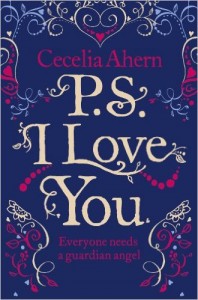 Valentine’s Day is just around the corner. I am not against Valentine’s Day although I am usually so disorganised, I end up joining the people who go to the shop to collect something last-minute. For me, it’s a perfect excuse to avoid all the overcrowded restaurants and to curl up with a book instead (especially as this year, my husband is at work.) It was hard to pick but I wanted to share five of my favourite love themed books that I think are perfect to be reading over this weekend, especially on the 14th itself.

Which books would be in your list? Let me know in the comments section.

P.S I Love You by Cecelia Ahern.

Holly has a guardian angel; her husband Gerry who has recently died of a brain tumour. Letters from him mysteriously appear giving her advice and teaching her how to move on. This book is such a beautiful love story for me and is perfect for February. This is the book where I fell in love with Holly and Gerry and with Cecelia’s novels. There is just something magical about this story which is why it is in my top five favourite love stories and will remain there for a long time.

Everyone needs a guardian angel…

Some people wait their whole lives to find their soul mates. But not Holly and Gerry.

Childhood sweethearts, they could finish each other’s sentences and even when they fought, they laughed. No one could imagine Holly and Gerry without each other.

Until the unthinkable happens. Gerry’s death devastates Holly. But as her 30th birthday looms, Gerry comes back to her. He’s left her a bundle of notes, one for each of the months after his death, gently guiding Holly into her new life without him, each note signed ‘PS, I Love You’.

As the notes are gradually opened, the man who knows Holly better than anyone sets out to teach her that life goes on. With some help from her friends, and her noisy and loving family, Holly finds herself laughing, crying, singing, dancing – and being braver than ever before.

Life is for living, she realises – but it always helps if there’s an angel watching over you. 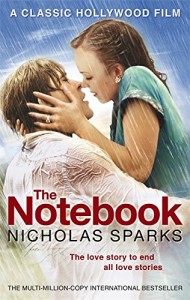 The Notebook by Nicholas Sparks.

This man has a gift. He always makes me cry and with this book most of all. Like P.S I Love You, it tells the story of a couple who are made for one another. With Allie and Noah, the timing never seems to be right and all the way through, I willed them to be together. I believe this to be a love story so many people dream of having. This is one of the few stories where I like the movie as much as the book too.

How far can love endure?

Noah Calhoun has just returned from World War Two. Attempting to escape the ghosts of battle, he tries to concentrate on restoring an old plantation home to its former glory. And yet he is haunted by images of the beautiful girl he met there fourteen years before, a girl who captured his heart like no other.

But when these distant memories begin to slide into reality, the passion that had lain still is ignited once more. Though so much is in their way, the miraculous force of their love refuses to fade. 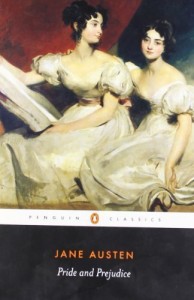 I had to include this book – my list would not be complete without it. I can’t beat a little Mr Darcy at any time of the year (and Colin Firth for me is the one and only Darcy.) Darcy and Elizabeth are strong characters who belong together. It’s that simple. It’s such a lovely tale of misunderstanding and second chances and how you shouldn’t go by first impressions. ‘It is a truth universally acknowledged that a single man in procession of good fortune, must be in want of a wife,’ is just one of the best openings for a book in my opinion. I adore this story.

Pride and Prejudice, which opens with one of the most famous sentences in English Literature, is an ironic novel of manners. In it the garrulous and empty-headed Mrs Bennet has only one aim – that of finding a good match for each of her five daughters. In this she is mocked by her cynical and indolent husband.
With its wit, its social precision and, above all, its irresistible heroine, Pride and Prejudice has proved one of the most enduringly popular novels in the English language.

One Day by David Nicholls.

This is such a simple yet brilliant premise for a book and it’s one of those I wish I had come up with. A lovely love story between two people told on one day of the year. It’s a perfect story to curl up with on Valentine’s Day I think. Dex and Emma get in their own way a lot. Something I can relate to. 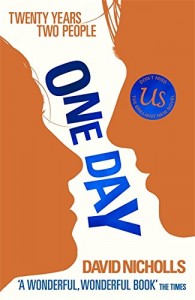 Twenty years, two people, ONE DAY. The multi-million copy bestseller that captures the experiences of a generation.

‘I can imagine you at forty,’ she said, a hint of malice in her voice. ‘I can picture it right now.’

He smiled without opening his eyes. ‘Go on then.’

15th July 1988. Emma and Dexter meet for the first time on the night of their graduation. Tomorrow they must go their separate ways.

So where will they be on this one day next year?

And the year after that? And every year that follows? 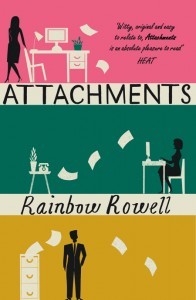 It’s 1999 and for the staff of one newspaper office, the internet is still a novelty. By day, two young women, Beth and Jennifer, spend their hours emailing each other, discussing in hilarious detail every aspect of their lives, from love troubles to family dramas. And by night, Lincoln, a shy, lonely IT guy spends his hours reading every exchange.

At first their emails offer a welcome diversion, but as Lincoln unwittingly becomes drawn into their lives, the more he reads, the more he finds himself falling for one of them. By the time Lincoln realizes just how head-over-heels he really is, it’s way too late to introduce himself. What would he say to her? ‘Hi, I’m the guy who reads your e-mails – and also, I think I love you’.

After a series of close encounters, Lincoln decides it’s time to muster the courage to follow his heart, and find out whether there really is such a thing as love before first-sight.