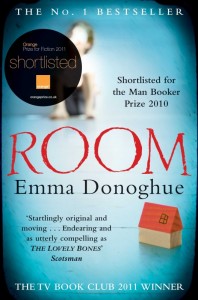 I love me a good book haul. Buying new books is one of my favourite things to do. Recently, I have brought or received so many lovely books. It was hard to pick which ones to feature (I’ve managed to narrow it down to nine.) Here is my selection.

This book is not a new release but I am not sure why I haven’t got around to buying it until now. The premise sounds intriguing. Jack and his mother are prisoners in one room. I’m a few pages into this book and am already enjoying it. I am also wanting to see the film based on the book but I think I want to read the book first before I see it.

Jack is five. He lives with his Ma. They live in a single, locked room. They don’t have the key.

Jack and Ma are prisoners.

Room by Emma Donoghue is an extraordinarily powerful story of a mother and child kept in isolation, and the desire for, and price of, freedom. 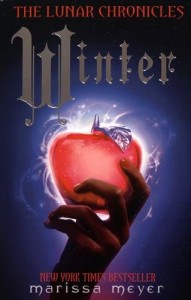 Winter is the fourth book in the Lunar Chronicles. These books are all based on well-known fairy tales. I have not read any of this series yet but having received this book for review by the publisher, I can’t wait to get started and Cinder is also here waiting to be read. The series sounds fantastic and right up my street.

Princess Winter is admired for her grace, kindness and beauty, despite the scars on her face. She’s said to be even more breath-taking than her stepmother, Queen Levana…

When Winter develops feelings for the handsome palace guard, Jacin, she fears the evil Queen will crush their romance before it has a chance to begin.

But there are stirrings against the Queen across the land. Together with the cyborg mechanic, Cinder, and her allies, Winter might even find the power to launch a revolution and win a war that’s been raging for far too long.

Can Cinder, Scarlet, Cress, and Winter claim their happily ever afters by defeating Levana once and for all? 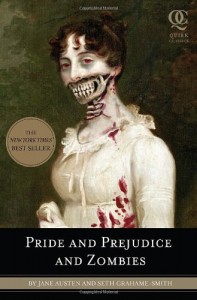 I have been debating whether to buy this book from the time it was released. I’m not sure how I feel about it. I adore the original (I know I’ve mentioned this a few times.) I’m also a fan of some of the subsequent adaptations (Bridget Jones anyone?) However, I’m not sure whether this is going a step too far. Recently though, I have been seeing posters for the film adaptation so I bit the bullet and brought the novel. Has anyone read this? What are your thoughts?

This book has a lot of the original text with the addition of all the zombie stuff. I am not sure I am yet convinced but I will give it a go.

This is a very recent release (it was released on 1st March.) It’s the debut novel from popular You Tube vlogger, Ophelia Dagger (C.J Fisher is her real name.) I was 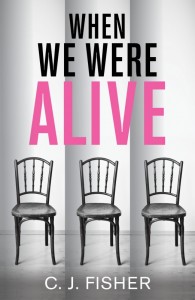 not familiar with her channel until I received a copy of her book by the publisher but her videos are great and if the synopsis is anything to go by, her book is going to a good read too. I am looking forward to reading this one.

When we first meet Bobby, he is a shy, 12-year-old magician who falls in love with his best friend. William is consumed with self-hate and drinks to escape the memories of his father’s sadness and his mother’s death. Myles is writing letters to a mother he has never met. Three different people from three different times each explore the dark side of relationships, search for beauty in sadness and try to bear the burden of guilt from living in a world we are powerless to fix.

This was also sent to me for review by the publisher and when it arrived, it made me smile. I have previously reviewed the first book in this series and it was utterly charming and I think it’s perfect for children to read. This one also arrived with the most adorable umbrella too.

The boat masts jangled louder and louder. Above their heads, black clouds gathered. Polly shivered, and then the rain started to fall: plop, plop, plop. 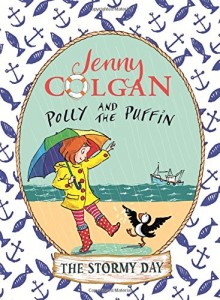 Polly is waiting for something important to happen. But waiting is hard. It’s even harder when it’s raining and you can’t go outside…

Can Polly find enough to do to keep busy ALL day? And what will happen when her puffin friend, Neil, decides to fly off into the storm?

I am very excited to read this one and thank you to Text Publishing for the review copy. It sounds brilliant and definitely my kind of book.

Life’s been tough on Sophie Teague. Since her parents died in a freak motorbike accident, she’s been living with her gran in their rundown pub. And she’s just enrolled at a new school, desperate for a fresh start. 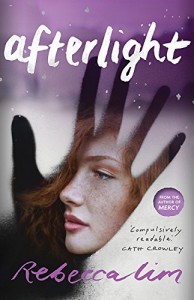 What happened to Eve? Does it have something to do with the recent murder that sent a notorious bike-gang leader on the run? Sophie isn’t sure – but she knows Eve won’t stop haunting her until she finds out. So with the unlikely help of brooding classmate Jordan Haig, Sophie sets out to unravel the mystery.

This is another book I was sent for review and again, if this blurb is anything to go by, this book is going to be amazing.

I don’t remember how I ended up in the icy water but I do know this – it wasn’t an accident and I wasn’t suicidal.

They say you should keep your friends close and your enemies closer, but when you’re a teenage girl, it’s hard to tell them apart. My friends love me, I’m sure of it. But that doesn’t mean they didn’t try to kill me. Does it? 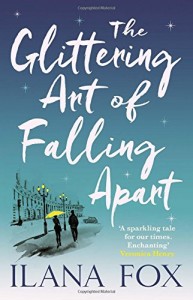 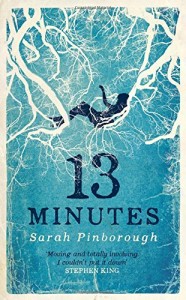 The Glittering Art of Falling Apart by Ilana Fox (Orion, 2016)

I have been a fan of Ilana’s since the release of her first novel, Spotlight in 2010. I am also completely in love with the cover of this book. It’s beautiful and the synopsis also sounds great.

1980s Soho is electric. For Eliza, the heady pull of its nightclubs and free-spirited people leads her into the life she has craved – all glamour, late nights and excitement. But it comes at a heavy cost.

Cassie is fascinated by her family’s history and the abandoned Beaufont Hall. Why won’t her mother talk about it? Offered the chance to restore Beaufont to its former glory, Cassie jumps at the opportunity to learn more about her past.

Separated by a generation, but linked by a forgotten diary, these two women have more in common than they know . . . 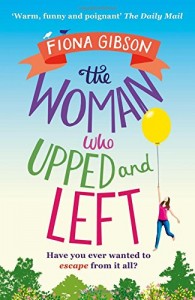 Finally, this last book was sent to me by Avon for review. I loved As Good as it Gets and so am looking forward to reading this one too.

Forget about having it all. Sometimes you just want to leave it all behind.

Audrey is often seized by the urge to walk out of her house without looking back – but she can’t possibly do that.

She is a single parent. She is needed. She has a job, a home, responsibilities…and a slothful teenage son’s pants to pick up.

But no one likes being taken for granted – Audrey least of all – so the time has come for drastic action. And no one’s going to stand in her way…