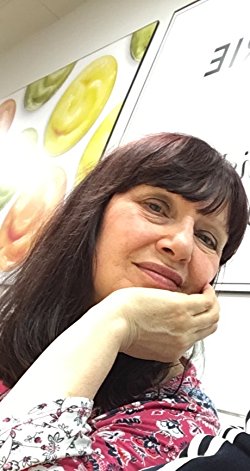 Hi Catherine, it’s lovely to welcome you and the blog tour for your new book Love Among The Treetops to Novel Kicks today. What is your typical day as a writer?

I work best in the early mornings, so I like to reach for my laptop (and lots of tea) almost as soon as I wake up. On a good day, I’ll write five hundred words before breakfast, and to make it easier to face that blank page every day, I like to make rough notes on the next part of my story the night before. I usually write between 500 – 1500 words a day and I aim to finish by ‘lunch-time’, which can be anything from midday to mid-afternoon! By then, I find all the emotion of living the story with my characters has taken a bit of a toll on my energy levels. (I’m always amazed by how exhausting it can be, writing on emotional subjects – particularly when your main character has hit rock bottom. You feel all the see-saw emotions she’s going through and it’s almost as if you’ve been through it yourself.)

What inspired Love Among the Treetops?

I live near a place called Alnwick Garden in Northumberland. It’s incredibly magical and they have a beautiful restaurant in a fairytale tree house. I wanted an unusual setting for my café in this book, and I suddenly thought what a romantic setting a tree house would be!

How do you pick your names in a novel?

For my heroine, I like to choose a name that really appeals to me – and if it can be that little bit different (therefore memorable), then so much the better. Sometimes the name just slots into my head when I’m dreaming up the character. It just seems to fit. And that’s what happened when I was imagining my main character in Love Among the Treetops. The name ‘Twilight’ came to me and it was perfect!

Is plot or character more important?

With me, what tends to happen is I have a basic idea at the start of what’s going to happen in my book and a rough idea of my main character’s personality. So at that point they’re equally important. But then I think character takes over and to some extent dictates the way the story progresses. Once I’m immersed in seeing things through the eyes of my heroine, surprising plot twists seem to happen. That’s why I never start out with a plot that’s set in stone because it always changes – I have to obey my main character!

Which fictional character would you be for the day? 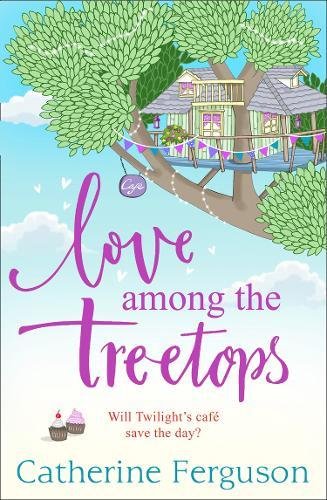 Which author has influenced you the most and why?

I would have to say Enid Blyton because she gave me my enormous love of reading. I was quite boring as a kid and would be holed up in my bedroom devouring the latest ‘Famous Five’ or ‘Mallory Towers’ when everyone else was out playing. I couldn’t wait to get my hands on each book as they came out. Around the age of ten, I started trying to write mystery stories of my own and even then, my big goal was to become a published author. It only took another forty years to get there, but finally, I did!

Do you have any advice for someone suffering writer’s block

That can be terrifying – especially if you have a deadline looming. For me, if I’m stuck with a character or have no idea how to move the plot forwards, I’ll go out for a walk – preferably among trees – and just let my mind roam free. It’s important not to think hard about the book, but just to ‘drift’. Nine times out of ten, a great idea will occur to me that I swear would never have materialised if I’d been sitting in front of my laptop. It’s magical the way it happens – and I’m very grateful!

Any more advice for the aspiring writer?

If you want to be a writer you need to develop a very thick skin and be persistent, even when friends and family start worrying for your sanity! Because along the way you are going to face rejection after rejection, and for most authors, success does not come overnight. You have to keep going with your dream and never give up. It took me five years to write a book and land an agent, and another year to write a book that publisher HarperCollins Avon really liked. That phone call from the lovely Helen Huthwaite, telling me I’d finally made it, will always be one of the high points of my life. And of course, it would never have happened at all if I hadn’t absolutely refused to give up. I always think there must be lots of brilliant writers out there, who remain unpublished because they gave up just before the finish line! 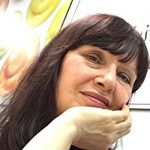 Catherine Ferguson burst onto the writing scene at the age of nine, anonymously penning a weekly magazine for her five-year-old brother (mysteriously titled the ‘Willy’ comic) and fooling him completely by posting it through the letterbox every Thursday.

Catherine’s clove of writing saw her study English at Dundee University and spend her twenties writing for various teenage magazines, including Jackie and Blue Jeans.

Her latest novel, Love Among The Treetops was published digitally by Avon in March 2018 with the paperback due to be released in May 2018.

Catherine lives with her family in Northumberland. 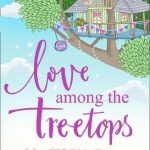 About Love Among The Treetops:

When pastry chef Twilight Wilson was a young girl, she would hide from school bullies up in the treehouse at the bottom of her garden in her family home in Sussex. It was her special place, and even as an adult she still loves it.

So when her family tell her they can’t afford to live there any more, Twilight is devastated. Not only will they lose their home – but the treehouse too!

She comes up with a plan to save the family home – she’ll start up a cafe in the treehouse! It’s a brilliant idea, and excitement builds as she starts planning the menus, with the help of Theo – a rather attractive man from the gym. But when former school bully Lucy finds out the plan, she starts plotting – and opens her own rival cafe in the village!

Can Twilight save her family home? Will her friendship with Theo ever be anything more? And who will win the cafe wars? 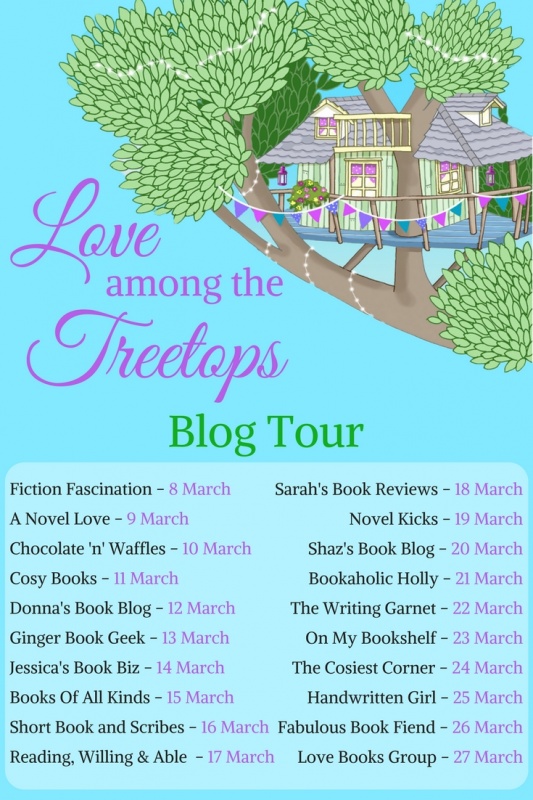 My verdict on Love Among The Treetops…

Twilight spent most of her schooldays being tormented by Lucy Slater who seems to have an illogical hatred toward her. The only place Twilight could find solace was the treehouse her father had built for her in the back garden.
Years later, her family situation has meant that she’s had to put catering college on hold to return to Hart’s End in order to save Honey Cottage, the family home. When she gets there, it isn’t long before she finds that not everything has evolved with the passing of time and that jealousy can run deep.

From the moment I met Twilight (I love this name,) I liked her. There was something incredibly real about her – something I could certainly empathise with. I was lucky at school that I only had a handful of incidences with the school bullies so I didn’t feel the fear that radiates from the pages when Twilight is having a run in with her bullies. I could feel Twilight’s anxiety.
I felt so angry on her behalf. I am not one for violence but I really did want to give Lucy Slater a large slap across the face. There are not many characters in novels that I have disliked more than Lucy Slater.

Twilight’s plan is to open a cafe in the premises of her father’s old shop. To begin with, it seems that even Lucy, her arch-enemy has turned over a new leaf and appears to be supportive of her new venture. However, just when she thinks Lucy can be trusted, she finds herself in a cafe war with her rival.

The subplot running through the course of the book adds a little bit of mystery as Twilight’s best friend Paloma tries to find the woman who gave her up for adoption when she was two weeks old. This thread was heartbreaking to say the least.

The plot moves along nicely and I continuously wanted to know whether Twilight succeeds in her quest to save her family home, whether Paloma finds her mother and to see if Lucy gets what she deserves. Until the end, I wasn’t sure. It didn’t take me long to read purely because I was completely drawn in and couldn’t stop reading.

Catherine sets such a lovely scene in this novel. Hart’s End reminds me of those beautiful Dorset villages that I love to visit and I want to move into Honey Cottage immediately! Oh, and I want that treehouse.

Love Among The Treetops is a wonderful novel full of warmth, diverse personalities, complications, romance and humour. Thank you Catherine for a lovely novel.

One Response to NK Chats To… Catherine Ferguson