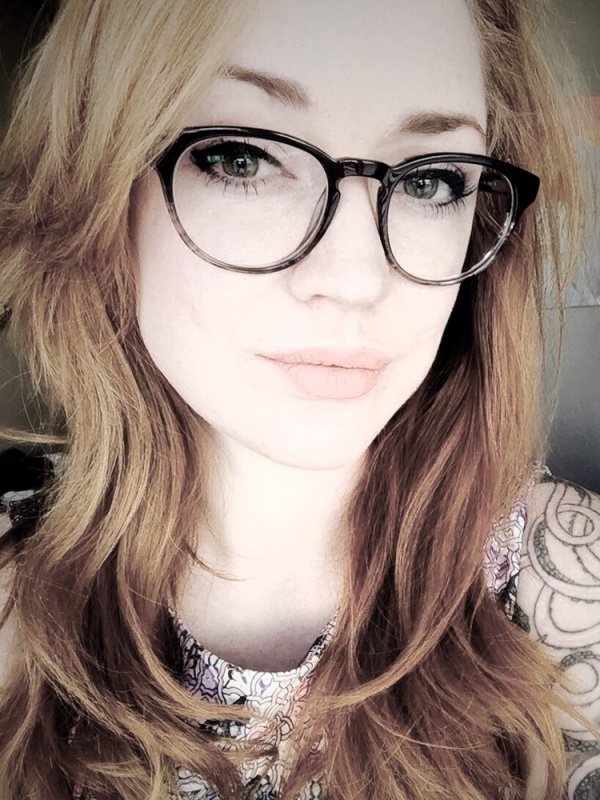 Hi Elle, thank you for joining me today. Can you tell me a little about your book, Animals Eat Each Other and what inspired the story?

Hi Laura, thanks so much for having me. Animals Eat Each Other is a book about a girl who falls into a relationship with a couple, right after graduating high school. The couple, Matt and Frances, find themselves enamored with her, so much so that Frances even renames her: Lilith. Things become complicated when the three of them become dishonest with each other about their true feelings, and Lilith must explore these new boundaries in the wake of her own nihilism about herself and how she gives and receive love, raising questions about her own self-worth.

The biggest inspiration for the story was just how I felt at the age of nineteen. I felt lost, had been burned in love by a couple different people through high school up until that point, and became very jaded. I wanted to write the sort of book about not just love but also about bisexuality that I would have wanted to read as a young woman, without tokenizing the ‘sexual awakening’ aspect of the coming of age story we’re all so used to.

My typical writing day is haphazard and on the fly. I am the mother of a young and vivacious toddler so I tend to write whenever I can get it in. In the morning before she wakes up, it’s 15 minutes here or there, during naps if I can, at night when everyone is asleep. I’ll even bring my laptop with me in my car if we’re running errands. If she naps before we get to our destination, I’ll sit in parking lots and type up notes and write then, too. I also write into my notes app on my phone a lot, and even dictate thoughts to myself to transcribe later. I feel a bit like I’m collaging most of the time.

Very tough question. Probably the word “spell.” There’s a lot to it. I view the practice of writing as a form of magic— like manifesting, conjuring something from the ether. The very idea of “spelling” a word, like carving something down onto a piece of paper or an object (or the internet) is a form of making a spell, of manifesting. You can out people under a spell with your words, by transmitting the feeling of a thing through atmosphere and character and mood. It’s a pretty powerful thing to think about. 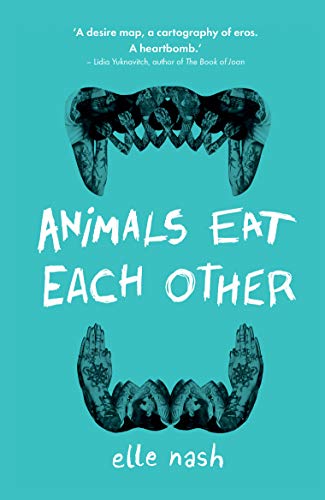 So many! Elizabeth Ellen, author of Person/a; Juliet Escoria, whose book Juliet the Maniac was just released; Mary Gaitskill, who has a great number of short story collections. Tom Spanbauer and Chuck Palahniuk’s early work were very inspiring to me as a young aspiring writer, along with Octavia Butler, whose book “The Parable of the Sower” really changed my life.

I just shoved aside a second novel manuscript for a bit so I could focus on some short stories. It’s been fun.

What songs would be in the playlist for this novel?

Oh, so many, but here is a shortened list:
“10 or a 2 Way” by Korn
“F*** the Pain Away” by Peaches
“Tourniquet” by Marilyn Manson
“I’m Not Okay (I Promise)” My Chemical Romance
“Screaming Infidelities” by Dashboard Confessional
“With Teeth” by NIN
“King of the Closet” by Blindside
“Blood Pig” by OTEP
“WOW” by Marilyn Manson

My first book took three years to finish a first draft, and then another year to get it to a publishable, final draft. I had never written a novel before and I had zero planning put in it whatsoever. It just kind of started as a short story and I kept expanding and expanding until it was more of a novel. The current book I’ve been writing, I actually planned out a lot beforehand, and challenged myself to finish a first draft in twelve weeks, which I finished in eleven, then spent a couple of weeks revising. I’m currently letting it sit for a bit before I go back to do more revisions and see if there are other structural issues I need to take care of.

There are many different kinds of novels for different kinds of people, but I have to say that my favorites always have a good deal of mood and atmosphere to them. I love style on a sentence level, but it also needs to have tension to keep me going. I need a lot of stakes, and love to see a character really struggle. I want to learn something about myself, and about humanity, when I read a novel.

My best is advice is this: Writers block occurs when you are too concerned with the destination, with how people might perceive the work, and less concerned with the journey. When you are trying to produce a draft, especially a first draft, let go of the final outcome. Just go and keep going. You can always go back and revise. No one has to see the first draft unless you want them to. 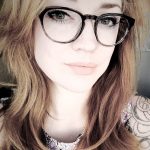 Elle Nash is the author of the novel Animals Eat Each Other (Dzanc Books), which was featured in the 2018 June Reading Room of O – The Oprah Magazine and hailed by Publishers Weekly as a ‘complex, impressive exploration of obsession and desire.’ Her short stories and essays appear in Guernica, The Nervous Breakdown, Literary Hub, The Fanzine, Volume 1 Brooklyn, New York Tyrant and elsewhere.

She is a founding editor of Witch Craft Magazine and a fiction editor at Hobart Pulp.

Animals Eat Each Other was released on 9th May by 404 ink. Click to view on Amazon UK. 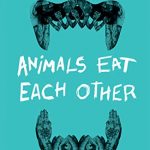 My thoughts on Animals Eat Each Other:

Animals Eat Each Other by Elle Nash is a coming of age novel that is unusual. It’s a gritty novel that doesn’t shy away from strong but flawed characters, deviant themes and tense dialogue.

The nameless girl (referred to as Lilith in the novel,) is a girl with many layers. She is a nineteen year old who I feel is a little damaged by her childhood. What I believe she wants most is acceptance however she can get it. She’s naive and gets involved with relationships where she is a little degraded and disposable.

Motives of characters and the behaviours is something I found particularly interesting through this novel. I read it in one sitting. I am still thinking about this book despite having finished it.
I also believe this novel is more about the female characters than anything else.

You feel like you’re truly looking through the point of view of this character rather than reading about her. The setting is so vivid. Whilst reading, I could visualise the surroundings. This novel could be adapted so well for film.

Animals Eat Each Other is about love and finding your place in the world at a time when you are so impressionable. It’s also about claiming validation.

It is not a comfortable read and that is what’s fantastic about it.