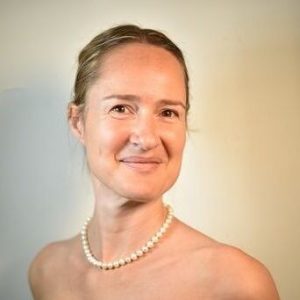 Hi Evie, thank you so much for joining me today. Can you tell me about your novel, Highland Games and what inspired it? Was it always going to be part of a two book series?

Highland Games is a steamy romantic comedy set in the Highlands of Scotland. It’s about a fiery heroine who moves up from London to live in her great-uncle’s derelict cabin, and the Scottie hottie who wants her out.

I have a real life friend called Zoe who lives in a one room cabin she built herself and this was part of the inspiration for Highland Games. But I wanted to write what might happen if someone moved their life but were totally unprepared for what they found. It was never going to be part of a series. I wrote it as a standalone, however I accidentally wrote two hundred thousand words so it had to be turned into two books; Highland Games and Hollywood Games.

Then I realised I had two more stories to tell that happened in the same location and timeline as Hollywood Games, so I wrote two more books; Kissing Games and Musical Games to complete the Kinloch series.

I get up between half five and half six, go downstairs and immediately start writing. I have a break when the rest of the family get up and then I go back to write for a couple more hours before I have breakfast around mid morning. There are always other tasks to do, so I might not get back to my desk to write until later in the day or the evening. If it’s a good day then I probably spend four to six hours writing and try to aim for two thousand words minimum a day.

Not having a clear plan. I pantsed the first draft of Highland Games and so it took two years to sort out into two books. I planned my third book, Kissing Games, and it only took a few weeks to write, and only needed a copy edit and proof when it was done.

I’m rubbish at thinking of playlists because I have to have complete silence when I write!!! If anyone has an idea for a playlist for Highland Games then please let me know!

Wonder Woman because she’s a literal goddess and is strong and caring and just epic in every way.

From idea to finished book, what’s your writing process like and how long did it take to write Highland Games?

This is an interesting question as my writing process and timeline to finishing a book has changed so much as my craft has improved. 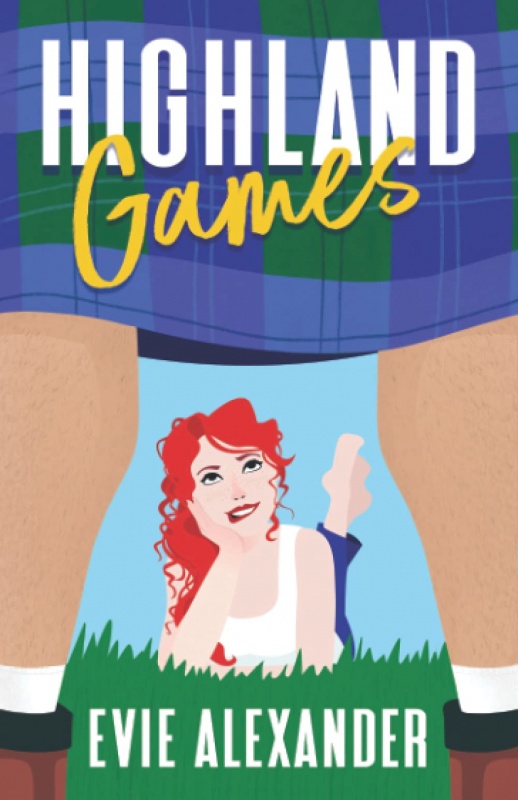 Highland Games was started about four years ago, but I only started working on it properly in the summer of 2019. So it’s taken just over two years to get to publication. This was because my first draft was nearly two hundred thousand words long and it took two years to split it into Highland and Hollywood Games… Now it takes me eight weeks to draft a full length novel and a few months to edit, simply because I’m doing so many other things.

If I could concentrate fully on just one novel then I reckon I could get one completely done within four months.

I admire all authors for getting their work out there. I have hundreds of authors who I admire for their craft, their humour and their perseverance. Authors that I have read pretty much everything they have ever written (and they have extensive back catalogues), are Terry Pratchett, Jasper Fforde, and Lisa Kleypas, but really I adore so many authors!

F*** is one my favourite words. It’s so expressive, emotive, versatile and creative. I just love it.

I also like Love, because I use it all the time, and it is at the core of all my books.

Any other advice for aspiring writers?

Read as much as you can in the genre you are interested in and work out what you like, what you don’t, what works and what doesn’t.

Read outside of your genre for inspiration

Write the book you would want to read, not what you think you should write

Don’t hang around waiting for an agent or a publisher. Just keep writing.

Read craft books and make sure your book follows a basic structure, although you don’t need to follow it slavishly.

Be prepared to throw things you have been working on for years into the bin and start afresh.

In your opinion, what are the common mistakes aspiring authors make?

Info dumping – telling us the entire character’s backstory and world in the first few chapters.

Telling the story rather than showing.

Not jumping straight into the action.

Trying to write like someone else, or how they ‘think’ they should write.

Being unable to cut what does’t work

Believing the first book they ever write is a work of unparalleled genius, rather than something that should never see the light of day.

Spending ten years crafting their first book and hoping to get picked up by an agent or publisher rather than just keep on writing and honing your craft.

Which book have you read that you wish you could forget, just so you could discover it again?

Probably The Bromance Book Club by Lyssa K Adams, because it has a conceit in it that is so delicious I actually yelled ‘yessss!’ when I got to it.

I’m in the planning stages of my next romantic comedy series. This one is going to be set in Somerset around where I live. I’m building the world and the characters at the moment and planning out the first few books. 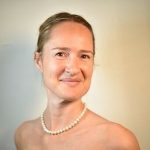 Evie Alexander is the author of sexy romantic comedies with a very British sense of humour.

Evie takes a method approach to her work, believing her capacity to repeatedly fail at life and love is what has given her such a rich supply of material for her writing.

Her interests include reading, eating, saving the world, and fantasising about people who only exist between the pages of her books.

The first novel in her Kinloch series; Highland Games was released in 2021. Hollywood Games, Kissing Games, and Musical Games are releasing in 2022.

Click to buy The Highland Games on Amazon UK. 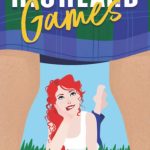 Welcome to Kinloch, and the hottest winter Scotland’s ever seen.

Zoe’s always played it safe, just as her parents wanted. But when her great-uncle dies and leaves her a ramshackle cabin in the Scottish Highlands, she decides it’s time to change her life.

Upping sticks seems like a good idea in her cosy flat in London, but the reality is very different. There’s no electricity or running water, the roof leaks and there’s no front door. If that wasn’t bad enough, she’s moved up in the depths of winter and her scorching hot neighbour wants her out.

Rory’s got a fifty thousand tonne problem. If he can’t make Kinloch castle profitable, he’s out of a job. He needs a clear head, but there’s someone living in the cabin he saw as his own and she’s turned his world upside down.

Rory needs Zoe out of Scotland, and out of his life. The trouble is, she has no intention of leaving.