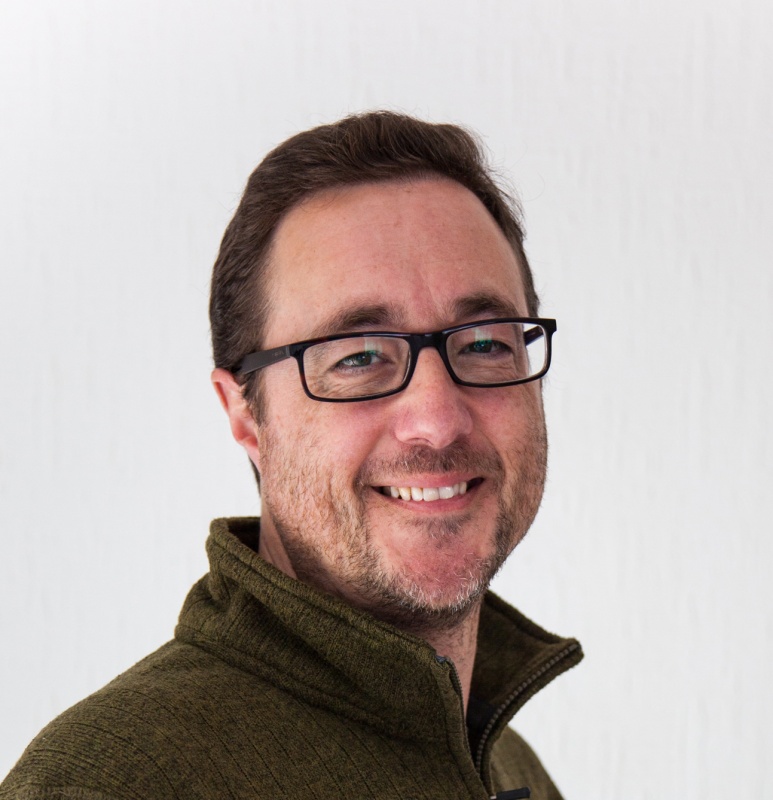 It’s my pleasure to help kick off the blog tour for Blooming Murder. Hello Simon, thank you for joining me today.

Hi Laura. Many thanks for inviting me onto Novel Kicks to discuss my first novel. It’s lovely to be here.

Can you tell me about your novel, Blooming Murder and what inspired it?

Blooming Murder is set in the fictitious market town of Mortiforde, somewhere on the Welsh Borders, and tells the story of two towns fighting it out in the annual Borders in Blossom competition, to become the Borders Most Blossoming Market Town. For the fifteenth successive year, Mortiforde is up against their arch rivals Portley Ridge in this flower competition final.

My main character, Lord Mortiforde, (Aldermaston to friends and family), who is still finding his feet as the new 8th Marquess of Mortiforde, is tasked with helping Mortiforde win this year. Unfortunately for Aldermaston, Portley Ridge is determined to secure their fifteenth successive win, and have a few deadly tricks up their sleeve.

The inspiration came from an old news item I discovered on the BBC News website once, although I won’t say too much, because it might spoil the plot!

But I’m also inspired by my home county of Shropshire. When I moved here from the outskirts of London over 20 years ago, I was struck by the strong sense of community here. There’s a determination in the people who live here. When something needs doing, the community gets up and does it!

It doesn’t always happen, but I try to spend most of my mornings working on my bigger writing projects, such as the Marquess of Mortiforde Mystery series. Then, before lunch, I’ll go for a walk. Being hunched up over a keyboard all day isn’t good, and I’m fortunate to live amongst the beautiful scenery of the Welsh Borders.

My walking time is often some of my best creative time because walking is great for thinking. Charles Dickens sometimes walked twenty miles a day when he was writing. (I’m not sure how he found the time to write – I’d be too exhausted to write after walking that far!)

In the afternoons, I work on commissioned article features for magazines like The People’s Friend, BBC Countryfile, and Writing Magazine.

I’m a discovery writer, rather than a detailed planner, so although I have a rough idea of how things will develop, it’s not until I sit down and start writing that I discover where the characters are going to take me. They don’t always take me where I expect them to, so there were times when I found myself getting stuck. And while walking is great for creatively resolving problems, I don’t always resolve my current dilemma on the first walk!

I listen to a lot of Enya when I’m writing, and her Flora’s Secret is a favourite. In Blooming Murder, Terry Wogan’s Floral Dance would be a brilliant soundtrack when the guerrilla gardeners are up to their tricks. And Tiny Tim’s creepy rendition of Tiptoe Through The Tulips is ideal for that moment when the readers know a murder is about to happen, but the victim is completely clueless!

In Blooming Murder I’d love to meet Letitia. She’s a woman in her eighties, who acts likes she’s still in her thirties, and knows exactly how to have a great time! (Night time pole-dancing around a streetlamp, anyone?)

If I could meet any fictional character from another book, it would have to be Merrily Watkins from the brilliant Phil Rickman novels set here in the Welsh Borders.

What elements make up a good thriller?

For me it’s all about pace. I love a story to rattle along quickly, but know when to pause for breath to give us, and the characters, a chance to ponder over what we know.

From idea to finished book, what’s your writing process like?

The first draft is exciting as I discover the story, but it’s also frustrating when things grind to a halt. However, nothing beats that moment when a solution suddenly appears that not only solves your plot problem but also supports some of the sub-plots, too. Then it’s a question of editing because I tend to over-write. That can be challenging. But it can be done! Putting work aside for a couple of weeks can be really useful. It’s amazing what your fresh eyes spot then.

Gosh, so many. Phil Rickman’s descriptions are fantastic, and I love Robert Goddard’s thrillers. And I don’t think I’ll ever tire of re-reading Tom Sharpe’s novels. 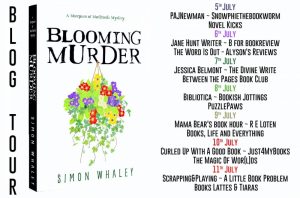 Am I allowed a two-word phrase? Solvitur Ambulando – it’s Latin for ‘It is solved by walking.’

Any other advice for aspiring writers?

Tenacity and determination. Don’t give up. As the author of The Positively Productive Writer, I know just how hard it can be to achieve your writing dreams. They never happen how you imagine they will. That road is always full of diversions, and sometimes you think you’ll never reach your dream destination. But as long as you stick to your dreams, and don’t compare yourself with other writers and their dreams, you WILL achieve them.

Which book have you read that you wish you could forget, just so you could discover it again?

Five Hundred Mile Walkies by Mark Wallington. It’s about a man who borrows a friend’s dog and together they go off and walk the 500-mile South West Coast Path from Minehead (Somerset) to Poole Harbour (Dorset). It’s about looking for adventure, overcoming problems and … walking!

In your opinion, what are the essential tools of the trade for a writer?

An active imagination, a questioning mind, a tenacious nature, and a willingness to learn. Oh, and a computer to type it all up onto and make sense of it all! 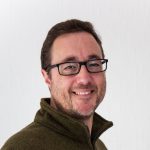 Simon Whaley is an author, writer and photographer who lives in the hilly bit of Shropshire.

Blooming Murder is the first in his Marquess of Mortiforde Mysteries, set in the idyllic Welsh Borders – a place many people struggle to locate on a map (including by some of those who live here).

His short stories have appeared in Take A Break, Woman’s Weekly Fiction Special, The Weekly News and The People’s Friend. Meanwhile his magazine articles have delighted readers in a variety of publications including BBC Countryfile, The People’s Friend, Coast, The Simple Things and Country Walking.

Simon lives in Shropshire (which just happens to be a Welsh Border county) and, when he gets stuck with his writing, he tramps the Shropshire hills looking for inspiration and something to photograph.

Some of his photographs appear on the national and regional BBC weather broadcasts under his BBC WeatherWatcher nickname of Snapper Simon. (For those of you who don’t know, they get a lot of weather in Shropshire.) 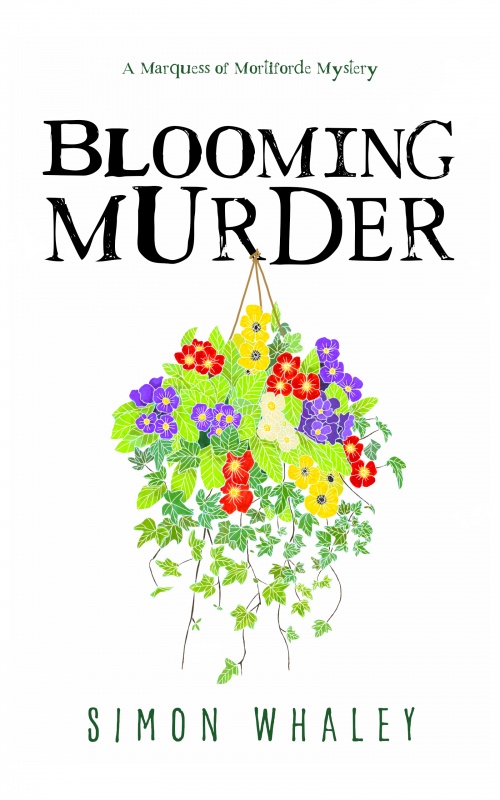 MURDER IS BLOSSOMING IN THE WELSH BORDERS.

Aldermaston’s having a bad day. A falling hanging-basket has killed the town’s mayor, and a second narrowly missed him. His wife wants him to build her new greenhouse in three days, and some nutter is sending him death threats.

This isn’t the quiet life he expected as the new Marquess of Mortiforde.

It’s the annual Borders in Blossom competition, and Mortiforde is battling with Portley Ridge in the final. But this is no parochial flower competition. The mayor’s mishap looks like murder, and there’s another body in the river. Someone desperately wants Portley Ridge to win for the fifteenth successive year.

So when a mysterious group of guerrilla gardeners suddenly carpet bomb Mortiforde with a series of stunning floral delights one night, a chain reaction of floral retaliation ensues.

Can Aldermaston survive long enough to uncover who is trying to kill him, and why? And can he get his wife’s greenhouse built in time?

Blooming Murder was published on 21st May 2021. Click to view on Amazon UK and Amazon US.