There have been some great novels been released this week so some potentially great books to add to your collection. These include… 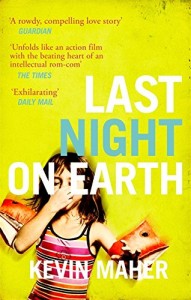 The paperback edition for Last Night on Earth has been released today. The premise for this novel looks very interesting.

Jay adores his small daughter, Bonnie, and nothing matters more to him than being a good father. But Bonnie’s traumatic birth puts an unbearable strain on his marriage with Shauna and the couple eventually separate.

Despite this, London is the place to be: New Labour is in power and the city is buzzing with optimism. Jay is slowly putting his life back together, snagging a job on a TV documentary about the Millennium Dome and, crucially, spending time with his beloved three-year-old daughter, Bonnie.
Indeed, things might have even begun to look up. Until, that is, the arrival of The Clappers. Six foot tall, all muscle and plenty of heart, she insists on making the world right for Jay. But, inevitably, she makes it wrong… 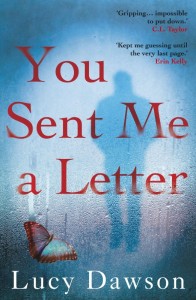 Both the paperback and electronic versions of this book have been released today. Again this is another great sounding novel and I actually can’t wait to read this one.

At 2 a.m. on the morning of her fortieth birthday, Sophie wakes to find an intruder in her bedroom. The stranger hands Sophie a letter and issues a threat: open the letter at her party that evening, in front of family and friends, at exactly 8 p.m., or those she loves will be in grave danger.
What can the letter possibly contain?
This will be no ordinary party; Sophie is not the only person keeping a secret about the evening ahead. When the clock strikes eight, the course of several people’s lives will be altered for ever. 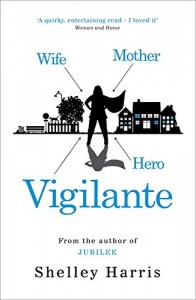 It’s the paperback edition of Vigilante that has been released today.

For Jenny Pepper, housewife, charity bookshop worker and mum to a stroppy teen, life has become a little boring. She was once an actress, but now spends every day tidying up after other people.

Then, on her way to a party one night, Jenny bravely steps in to save a woman in trouble. Suddenly her world is exciting again – and she’s a hero. As she starts patrolling the streets of her small town, she feels more alive than she has in years. But when a real villain appears, Jenny’s daughter is in danger. Will she tell the police what she knows or go it alone and risk losing everything?

The latest novel from Alex Grey has been released in both hardcover and electronic form today. 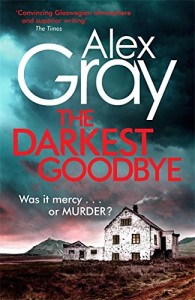 When an elderly woman is found dead in her home, newly fledged DC Kirsty Wilson is called to the scene. It appears that the woman had a mysterious visitor in the early hours of that morning – someone dressed as a carer, but with much darker intentions. It soon becomes obvious that this was not death by natural causes – it was murder. Before she can catch her breath, DC Wilson is thrown in at the deep end as another body turns up; this time the victim is a well-known drug dealer from Glasgow’s mean streets, and there’s no question that this was a brutal execution.

The two cases appear to have nothing in common, but when another vulnerable person is murdered in their sleep, the police realise that it’s only a matter of time before the next victim emerges, and Detective Superintendent William Lorimer is called in to help DC Wilson investigate. This case is big and it’s about to get more personal than either of them could have imagined…

This book looks so up my street and I can’t wait to read it. 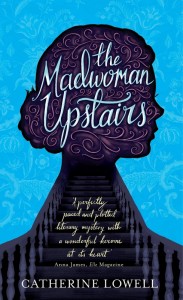 Think you know Charlotte, Emily & Anne? Think again. Samantha Whipple is the last remaining descendent of the illustrious Brontë family, of Wuthering Heights and Jane Eyre fame. After losing her father, a brilliant author in his own right, it is up to Samantha to piece together the mysterious family inheritance lurking somewhere in her past – yet the only clues she has at her disposal are the Brontë’s own novels. With the aid of her handsome but inscrutable Oxford tutor, Samantha must repurpose the tools of literature to unearth an untold family legacy, and in the process, finds herself face to face with what may be literature’s greatest secret.