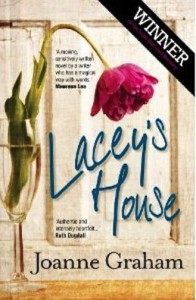 Lacey Carmichael leads a solitary life. To her neighbours she is the mad old woman who lives at the end of the lane, crazy but harmless. Until she is arrested on suspicion of murder. When Rachel Moore arrives in the village, escaping her own demons, the two women form an unlikely bond. Unravelling in each other tales of loss and heartache, they become friends. Rachel sees beyond the rumours, believing in her innocence, but as details of Lacey’s life are revealed, Rachel is left questioning where the truth really lies. Winner of the Luke Bitmead Bursary. 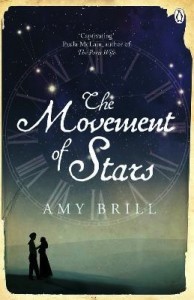 The Movement of Stars by Amy Brill.

It is 1845, and Hannah Gardner Price dreams of a world infinitely larger than the small Quaker community where she has lived all 25 years of her life – for, as an amateur astronomer, she secretly hopes to discover a comet and win the King of Denmark’s prize for doing so. But she can only indulge her passion for astronomy as long as the men in her life – her father, brother and family friends – are prepared to support it, and so she treads a fine line between pursuing her dreams and submitting to the wishes and expectations of those around her. That line is crossed when Hannah meets Isaac Martin, a young black whaler from the Azores. Isaac, like Hannah herself, has ambitions beyond his station. Drawn to him despite their differences, Hannah agrees to tutor him in the art of navigation. As their shared passion for the stars develops into something deeper, however, Hannah’s standing in the community is called into question, and she has to choose: her dreams or her heart.

The Deception Artist by Fayette Fox. 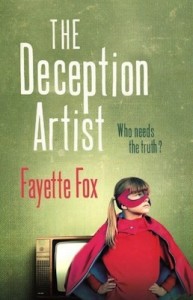 Eight-year-old Ivy has a vivid imagination and tells lies so that people will like her. With her brother, Brice, in hospital, life at home feels unsettled and things become even more strained after her father loses his job, along with his sense of purpose. Ivy’s parents might divorce and her best friend hates her but, ever creative, she abandons her escapist fantasies and determines to uncover the truth.