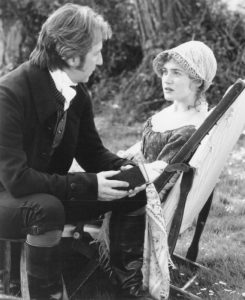 It’s Valentine’s Day. I can’t help but get caught up in all the romance of this day. I know a lot of people don’t consider it an important day but I can’t help myself. I am soppy. Always have been. Hey, I like Disney. It would be hard not to be a little sucked in by all the happy.

I love romantic stories. The stories where there are two people who are meant to be together. I love that moment when they get out of their own way and get their happy ever after. I am such a sucker for the rom coms and books about love.

The boy gets the girl and the girl gets her man.

No matter how many times I watch it, I l adore the end of Valentine’s Day where Calvin ends up with Kara, Reed gets with Julia. Kate manages to get home to see her little boy. The end of Love Actually just makes me happy full stop. The end of Enchanted when Giselle and Robert get their happily ever after. I just love it.
So, this got me thinking about my favourite couples. Who are they I hear you cry.

Elinor and Edward Ferrars and Marianne and Colonel Brandon – Sense and Sensibility.

These two couples are just fantastic. No one can do romance like Jane Austen. I know my favourite should be Darcy and Lizzie (they are amazing) but there is something about the couples in this novel/film that make me smile.
Elinor is the sensible one. She’s the sister that remains level-headed and serious. Edward I feel has more of a playful streak. They complement one another. 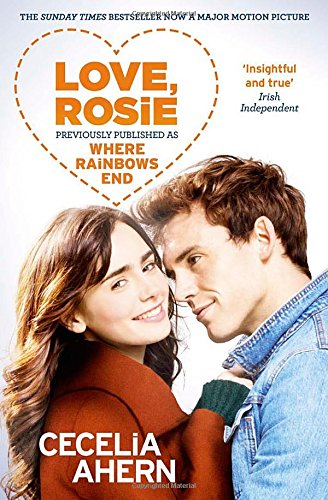 Marianne of course needed a little bit more time to fall in love with Colonel Brandon (OK, so Alan Rickman had a big hand in this character being one of my favourites. I mean come on, that voice. I still get sad when I remember that he’s gone.)
Marianne gets there in the end. He is stable, loyal and kind and he loves her. Yes, Willoughby seems more fun at first glance but you want the guy who’s going to ride through a rain storm to find you.

Rosie and Alex from Where Rainbows End are amongst one of my favourite couples of all time. I have mentioned this novel a few times on this blog. I don’t think I will ever stop loving it. It would be in my list for books on a desert island for sure.

I fell in love with their story pretty much from the moment I picked up this novel.

The Rosie and Alex in the film are great but I much prefer the Rosie and Alex from the page.
The novel spans from when they were children until they are in their fifties whereas the film only covers to thirties (I appreciate you can only get so much into a film.)

You get such a wide understanding of these characters from the book. I got to know them and care about them. They were like a set of friends that I wanted to match make and shout at for not getting on with it.
Rosie and Alex should be together if only they could be honest with one another. These characters are proof that it’s never too late to pursue love and right wrongs. 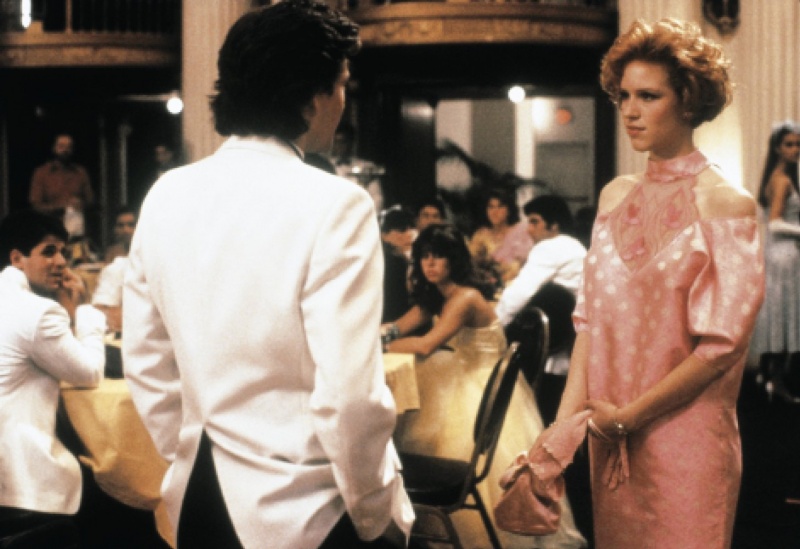 Andie and Blaine from Pretty in Pink have always been one of my favourite couples.

Even when I was younger, I was mesmerised by this couple on-screen. I felt they were like Romeo and Juliet. Each were from opposite ends. Each had preconceptions about the other. Both had pressure from their family and friends not to step away from the safety of their own social circle.

Despite all this, they decide to be together.

That moment when Blaine uses the computer trick to talk to Andie. The part where he tells her that he has always believed in her before it is revealed that he came to the prom alone. Then that kiss. Awww, it gets me every time. 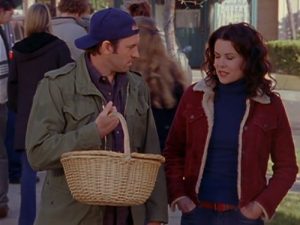 Luke and Lorelai from the Gilmore Girls are my latest favourite couple.

I am fairly new to the Gilmore Girls train. It somehow passed me by. Hurrah for Netflix is all I can say.

Although I am not yet caught up with all the episodes (I have managed to avoid spoilers for A Year in the Life,) I am far enough through to know that Luke and Lorelai just need to get together already. From the first episode, I was sure that they needed to be together even when it looked as though she was going to marry Max or decide to be with Christopher.

The way Luke looks at Lorelai. How he just drops everything and goes to help her. This couple are relationship goals. 100%.

There could not be a favourite couples list from me without featuring the following couple. I am of course talking about Bridget Jones and Mark Darcy. They go together. It’s that simple.

For me, they get their happy ending. The events in Mad About The Boy don’t exist and they continue to be in London with their children, loving each other jus the way they are.

I adored the end of Bridget Jones’s Baby when Mark comforts her during labour. Then they get to head off into the sunset having finally married each other. They get to be smug married. I will say though that Jack (aka Patrick Dempsey) wasn’t a completely bad alternative. He just wasn’t Mark. 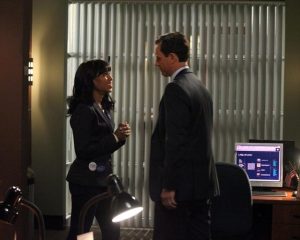 I do want to give a special mention to Olivia and Fitz from Scandal. They didn’t quite make my top five but it was a close run thing along with Meredith and Derek from Greys Anatomy (see, there is Patrick Dempsey again. I am spotting a theme.)

I am a little obsessed with Scandal. If you’ve never watched it, give it a go. In my opinion, its fabulous.
Olivia and Fitz are another couple who set a high standard when it comes to romance. Some of the interactions between them, especially in the earlier series still gets me. Lines such as ‘I belong to you,’ and ‘I wanted you to see the dream.’ Just amazing.

One of the best Olivia and Fitz scenes is the ‘one minute’ scene in series one. When they are sat together on the sofa, so much is said despite the fact that the characters are not saying anything.

I am definitely team Fitz.

Who are your favourite couples?

Happy Valentine’s Day everyone. If you are in a relationship, may there be many hugs and kisses. If you’re single, let there be your own body weight in chocolate.