Films being adapted into movies.

Last week we listed some of our favourite book to movie adaptations. With so many books still being the inspiration for movies, there are quite a few being adapted into films over the coming year. Here are some of the ones we’re looking forward to seeing.

The Fault in Our Stars. 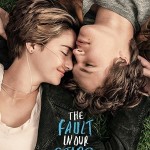 Adapted from the novel of the same name by John Green, this is about Hazel Grace and Augustus Waters who meet at a Kids Cancer Support Group. The two teenagers bond over many things, including the novel, An Imperial Affliction by Peter Van Houten. I am fairly new to John Green’s novels and blogs but from the moment I began reading this book last year, I fell in love with it. It’s such a beautiful, bittersweet love story and proof that young adult novels don’t have to be confined that audience. I am looking forward to seeing this adaptation. Anyone who follows John Green’s ‘Vlog Brothers’ posts will know that Green has been a regular visitor to the set. This has somehow given me confidence that the movie is being done right. The trailer had an enormous amount of hits within twenty-four hours of its release and it looks great. The film will star Shailene Woodley as Hazel Grace, Ansel Elgorth as Augustus and Willem Defoe as Peter Van Houten. It’s due for release in June 2014. 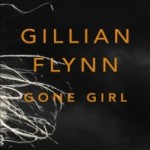 This is based on the novel by Gillian Flynn (this is also our book club book this month,) and is due for release in October of this year. The story is based around a woman who mysteriously goes missing on her wedding anniversary and the movie will star Rosamund Pike and Ben Affleck. This book has had many positive reviews. I have only just begun to read it but I like a mystery/thriller and, from what I have heard, this book isn’t going to disappoint. As I have looked at the casting for the film I am now going to find it difficult to not picture the main characters as the actor and actress who will play them but it sounds like such a great story. This is the second movie adaptation to be released this year that originated from a Flynn novel. Dark Places, which is about a girl forced to face up to tragic events in her past in due for release in September and will start Charlize Theron, Nicholas Hoult and Christina Hendricks.

The Best of Me. 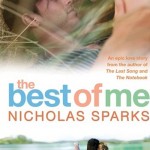 There have been many of Nicholas Spark’s novels that have been adapted into films (around eight by my last count,) and I don’t know what power this man has but he always manages to make me cry and I have a feeling that this adaptation will be no exception. It’s based on the book of the same name and is slated for release later this year. It will star Michelle Monaghan (Mission Impossible III) as Amanda Collier and James Marsden (XMen) as Dawson Cole. It’s about a pair of high school sweethearts who reunite after years apart when they both return to their hometown for a funeral. See, it’s already got the potential to make me cry. I loved The Notebook when it got adapted for the big screen (and I think many women are,) and The Lucky One also had me shed a tear or two. I have no doubt that this one will be an emotional film.

The Hunger Games: MockingJay – Part One. 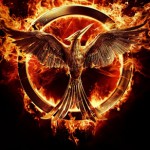 Anyone who is a fan of The Hunger Games will know that Mockingjay is the third and last book in the book series by Suzanne Collins. I am always a little trepidatious about films which are split into two movies (in my opinion, I don’t think that The Hobbit needed to be three movies,) so I will be interested to see how the conclusion to The Hunger Games has been handled. Jennifer Lawrence will reprise her role as Katniss Everdeen. Josh Hutcherson and Liam Hemsworth will return too. Julianne Moore is the new addition as the formidable President Alma Coin and there will be a bittersweet feeling to seeing Philip Seymour Hoffman. As far as movie castings go, I think that they got it pretty spot on with The Hunger Games so far when compared to the book and I am stupidly excited about seeing this in November. 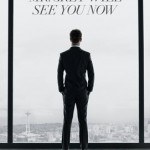 I think this book by E.L James is like marmite. You either loved it or you hated it. I couldn’t get past the first three pages whereas a friend of mine couldn’t stop raving about it. Whether you’re a fan or not there is no doubt that this film will have fans of the book going to the movie theatres in droves to see Christian Grey and Anastasia Steele on-screen. I have to say, I am a fan of Jamie Dornan (Christian,) having seen him in the Once Upon a Time TV series but I am not sure whether it’s enough to get me to want to see it. This is due for release in February 2015 and I think I may reserve complete judgement until then.

Which book to movie adaptations are you looking forward to? Are there any you’d like to see? Any you’d wish they had left alone?