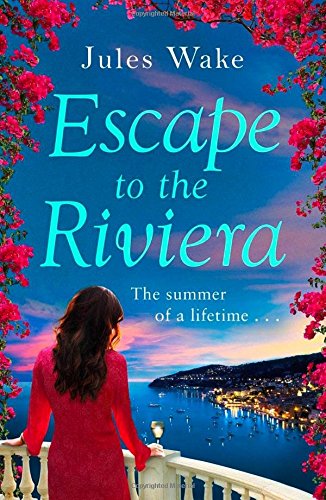 Jade loomed over her. ‘You look terrible.’

For Jade to notice, she must have looked horrendous.

Now that she stopped, dizziness overcame her and she swayed on the spot, praying that the light-headed sensation would recede. With her knees trembling and nausea dancing in the pit of her belly, she wondered if she might pass out. It had to be shock. Her body reacting after the see-sawing of emotions she’d put it through this morning. The up of fearful anticipation and down of abject relief.

Uncertainty flashed in her expression.

‘I’m fine. Just a bit faint. Probably too much heat.’ She wasn’t going to confess to Jade, it was more likely a post- shock, adrenaline hangover. The aggressive punch of chemicals which had rolled through her system, setting all her senses on alert, had now evaporated like a magic genie rescinding its powers, leaving her with an overwhelming sense of being unutterably tired. She clung to a nearby wrought-iron hand rail.

‘Are you sure?’ asked Jade doubtfully.

‘Let me catch my breath a minute. I’ve overdone it, that’s all. Too much sun. Not enough fluids.’ Carrie sounded like an aged great aunt well into her dotage rather than an auntie scant years older than her niece. There were plenty of occa- sions when Carrie had been taken for Jade’s older sister. As for fluids, she could do with a shot of something to put some fire back.

Despite the sick sensation churning around her stomach, which was stupid, it wasn’t as if she’d got up close and personal to real danger, she picked up her pace and almost marched down the hill back to the car park. Every now and then she threw anxious looks back over her shoulder.

Jade threw open the back passenger door and hurled herself in, pushing her phone out to her mother. ‘Guess who we saw? Look I got a selfie with him. Richard Maddox. Isn’t he gorgeous? He’s even more gorgeous in the flesh, isn’t he, Caz?’

‘Oh God, yes,’ said Carrie, limp in her seat, now that she’d reached the air-conditioned haven of the car. She put her head in her hands and leaned over her knees. ‘I walked right into him.’ Reliving the moment as she told her sister was every bit as bad as the moment it happened.

She straightened up and took a peek at herself in the mirror before turning to Angela. ‘What a nightmare.’

Jade leaned through the gap between the passenger and driver seats, like a fox scenting a chicken, her nose almost quivering.

‘I don’t believe it.’ Carrie rubbed at her forehead as if that might dissipate the band of tension which had tightened around her forehead. ‘Blood, bloody, bad luck.’

‘Why? I don’t understand.’ Jade flicked through her screen. ‘I got two pictures with him and they’re both great. I’m going to WhatsApp them now to Becky, Charlotte and Eliza.

Carrie groaned, still unable to believe what had happened. Jade caught her eye in the mirror. ‘Hang on.’ Her eyes narrowed and she examined Carrie. ‘Have I missed something?’

Angela looked from Carrie to Jade and back again. ‘Mum? What’s going on?’

With a sigh, Carrie said, ‘Let’s wait until we get home.’ She gripped the steering wheel with purpose. ‘I need to concentrate on driving and finding our way back.’

‘Why can’t you tell me now?’ whined Jade.

My verdict on Escape To The Riviera:

Carrie believes herself to be happy. She teaches drama, is dating fellow teacher, Alan and lives with her sister Angela and niece, Jade. When the three girls get a chance to spend a month in a villa in the south of France for free, Carrie jumps at the chance to get away although her sister initially doesn’t know her ulterior motive. She needs to track down the Hollywood A-lister she married over eight years previously. The couple didn’t get around to getting a divorce and now she is engaged to Alan, things need to be sorted ASAP. What she doesn’t count on is how she feels when she sees Richard Maddox again after so long.

This book was such a lovely escape from all this horrible and unpredictable weather. Jules Wake paints such a gorgeous, clear picture of the south of France I am getting ready to move there. It all sounded amazing. The style of writing makes this book very easy to fall into and I mean that in all the positive ways. It’s effortless.
I immediately wanted to know more about these characters – who they were and what was going to happen to them. I found Jade a little sulky but I think with her being a teenager that was kind of the point.

Carrie is a complicated character who feels that she should have the weight of the world on her shoulders. Some of this is self inflicted to stop herself from having to make some of the important decisions in her life and for that, she is a little frustrating and lovable all at the same time.

Richard is a likeable hero. There is nothing wrong with Alan either. Just all the way through, I felt like she belonged with Richard.
There wasn’t a moment that dragged for me in this novel. I really did feel like I was on holiday and that feeling is never bad.

This book was great and is perfect if you want to get away from this horrible weather (even if it’s only in your head.) It’s also pretty perfect to take away with you on holiday too. A lovely summer book (and a beautiful cover too.)

The blog tour continues tomorrow over at Handwritten Girl: http://handwrittengirl.com/ 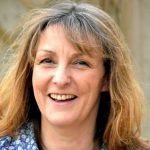 Jules considers herself an honorary Yorkshire woman living in the Chilterns, who still misses proper hills.
She has always wanted to be a writer and blames this on her Grandmother taking her at a young age to the Brontes’ parsonage at Haworth.

After reading English at the University of East Anglia, her working life began in the glamorous, but deeply shallow world of PR, where she honed her fiction writing skills on press releases and other copy-writing projects.

Creative writing has always been a passion lurking within and after completing a course, Jules set up the Tring Writers Circle.

With her eldest having now taken flight to university Jules is hoping to have even more time to devote to writing She has four published novels thus far.

To find out more about Jules, visit: http://www.juleswake.co.uk/