Book Extract: Through His Eyes by Emma Dibdin 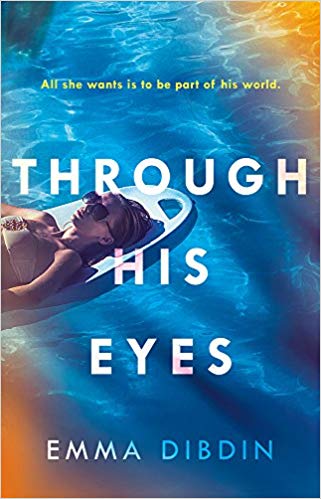 A huge excited hello to Emma Dibdin. She joins me today with the blog tour for her new novel, Through His Eyes which is due to be released by Head of Zeus on 9th August.

Jessica Harris is a struggling Hollywood reporter hungry for her big break. When her editor asks her to profile movie star Clark Conrad, Jessica is sure her luck is on the turn. Clark is an A-lister with access to everyone. If Jessica can impress him, she’s made it.

When she arrives at Clark’s mansion in the Hollywood Hills, he is just as she always imagined. Charming, handsome yet disarmingly vulnerable. But then things take a darker turn. Clark’s world is not as straightforward as it seems and Jessica’s puff piece soon becomes something much more delicate – and dangerous. As Jessica draws herself deeper into Clark’s inner circle, events begin to spiral out of her control.

Emma and Head of Zeus have kindly shared an extract with us today. Enjoy.

A silence, as Jackie exchanges a glance with the features editor, and I clench my fists under the table. There’s no way they will actually give this to me. It’s way above my pay grade, way above my experience level. How has some veteran profile-writer not already swooped in to take this? An interview with Clark Conrad is like a unicorn sighting in the world of movie journalism, for anyone, even for people who haven’t idolized him since puberty.

‘I’m not sure we should—’ the features editor whose name I can never remember begins, then cuts herself off. ‘Maybe we hold off on making a call on the writer. I have a couple of freelancers I’d like to run it past.’

‘We’re really down to the wire on this,’ Justin says. ‘How fast can you get a freelancer onboard?’

‘I’m a little confused as to why we still don’t have a writer assigned,’ says Jackie softly. She is the kind of woman who never raises her voice, never needs to, because people lean in to catch every word. She turns to the features editor. ‘Eleanor, could you clear this up for me?’

‘We had Jim Rothman assigned, but he pulled out when we told him about all the restrictions on questions, and it’s been hard to—’

‘Okay,’ Jackie interrupts. ‘I don’t need to hear excuses, I need a solution. The interview is happening this week,  yes?’

‘All right, Jessica. Let’s give you a shot. Send your notes and your transcript to Eleanor when you’re done, and the two of you can work together on the angle. Do you have any clippings of similar pieces that you’ve done before, anything long-form? In case Clark’s rep asks.’

We both know that this has nothing to do with his rep. They want to vet me, and though there’s a part of me that bristles, I know they’re right to do so. I’m a nobody being handed an absurdly huge assignment.

‘Definitely. I can send you some clips today. I’ve written interviews before.’ This is true, but only with studio executives, indie directors, the odd supporting actor. No one on the level of a Clark Conrad, not even close.

‘She’s a pro,’ Justin says. ‘You don’t need to worry, she’s way overdue for an assignment like this.’I glance gratefully at him.

‘All right, sounds good.’ Eleanor smiles, tightly. ‘Jessica, we can go over your questions in more detail later, but maybe try to get a line from him about Loner. The fandom for that show is still really engaged, even though it’s been off the air for so long, so anything he says will get  picked up.’

As if I don’t know this. 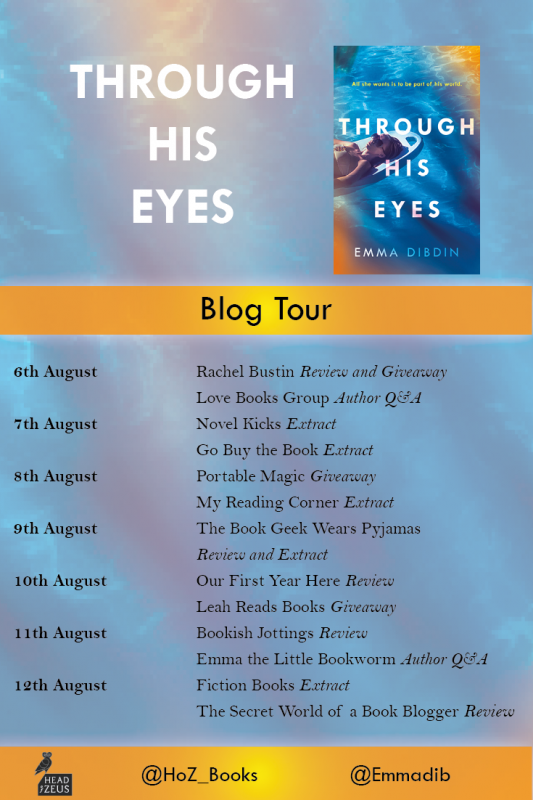 ‘I’m still not over it,’ Justin says mournfully. ‘The downfall of America’s golden couple. Love is dead, chaos reigns.’

The strangest part of Clark and Carol’s breakup has been Carol’s complete disappearance ever since. All anyone knows is that she moved to New York with the couple’s elder daughter Sarah, that she has retired permanently from acting, and that she’s been spotted a few times hiking in the Adirondacks. She has given no interviews, no statements, and has barely been photographed since the move. It’s not for lack of trying – almost every week, a gossip magazine will run some variation of the cover line ‘Why She Disappeared’, promising to finally reveal the truth about Carol’s new life, and to explain why she took Sarah with her and not Skye. There’s a persistent rumour that she cheated on Clark and is now quietly shacked up with the mystery beau, possibly pregnant with his child. Another impressively detailed theory says she’s joined a cult based in upstate New York, risen swiftly through the ranks of this ‘new religious movement’, and has now indoctrinated Sarah despite Clark’s best efforts to stop her. But the actual stories are always filler, a cobbled-together mess of old quotes and speculation from unattributed sources. Carol has become an enigma, which is all the more reason why any quote at all from Clark will be breaking news.

Later in the day I send over my meagre list of meaningful clippings to Eleanor and Jackie, trying to ignore the dismissive remarks already ringing in my head. I’m imagining all the ways this assignment could be taken from me before I ever had it, all the clear, undeniable reasons for me not to get invested in this. There’s no way I will be at Clark Conrad’s home in the canyon two days from now for an exclusive interview. Replace his name with the name of any other star and I might believe it, as an extreme but still plausible twist of fate. But not him.

My verdict on Through His Eyes:

Jessica has lived in LA for a few years since moving from the UK. She is a freelance entertainment journalist who is trying to make ends meet whilst she is waiting to get her big story. 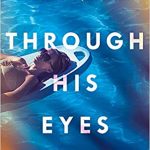 When she gets a chance to interview Clark Conrad, one of the most successful but elusive actors in the world, she jumps at the chance. When she meets him, she gets more than she bargains for and it’s not long before she is drawn into the world she has wanted to be a part of for a long time. Be careful what you wish for.

Jessica is an interesting character, She has ambition, drive and resilience. She is by no means a pushover but when it comes to this one man, she completely falls for him. Love is powerful and makes you abandon a lot of things. This subject is approached well in Through His Eyes.

Clark is the perfect man. He’s charming, handsome and can sweep anyone off their feet. When Jessica meets him, he is more down to earth than she thought he would be. He almost seems too good to be true. I don’t want to say anymore as I don’t want to give any more away.

As a reader, I didn’t know who to trust. The author does very cleverly pull you into the mystery of this story. I never  quite knew what was going on. I wanted to know what was going on and wanted to keep on reading. I couldn’t stop reading in fact. Sleep is for wimps right?

The only thing I would add to this book is a sequel. I want to know what happens next to the characters. I didn’t want it to be the end of their story. 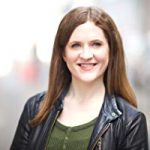 This is a perfect psychological thriller that did literally have me on the edge of my seat. Fantastic novel.

Emma Dibdin is a writer and journalist whose work has appeared in Esquire, Harper’s Bazaar, Elle, Cosmopolitan, and Total Film. She lives in New York City. Her previous novel is called The Room by the Lake. Through His Eyes which will be released by Head of Zeus on 9th August 2018 and will be available in most UK bookshops and online where sold.