Book Review: The Billionaire Behind The Headlines by Rachael Stewart 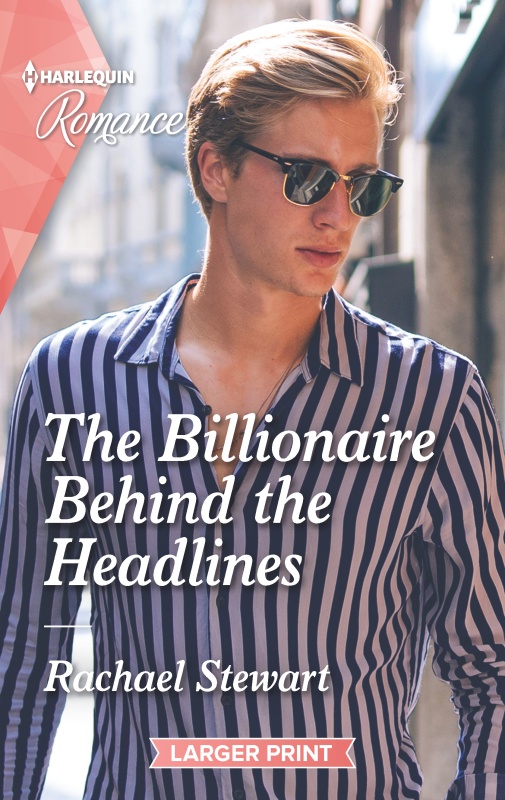 I am pleased to be welcoming Rachael Stewart to Novel Kicks today and the blog tour for her novel, The Billionaire Behind the Headlines, released today by Mills and Boon True Love.

In Rachael Stewart’s latest Harlequin Romance, the second in her Claiming the Ferrington Empire duet, an invitation to Paris with a billionaire is on the cards, but only if Bree is brave enough to take it…

Can a playboy billionaire……capture her heart?

Bree has escaped the big city to heal her heart in a village bakery. But when notorious billionaire Theo walks through the door, emotionally guarded Bree discovers it’s not just her toffee pudding that’s hot and sweet! The man behind the headlines is charming but intriguingly cynical about love. Accepting his invitation to Paris could be a mistake—or the best decision she’s ever made…

The Billionaire Behind The Headlines is the second novel in the Claiming the Ferrington Empire series. I have not read the first novel, Secrets Behind The Billionaire’s Return but that did not stop me from keeping up with what was going on.

Whilst the first in the series mostly focuses on Sebastian and Felicity, this novel has the former’s brother, Theo returning to the Yorkshire village of Elmdale.

His most recent breakup is not doing anything to help his playboy image but there is another reason for him returning to Yorkshire. He needs to make up his past failings toward his brother.

Bree, having escaped her London life three years previously is content to be working in her Aunt’s bakery. She was not counting on meeting sexy, charming Theo.

Having read very little Mills & Boon, to be honest, I wasn’t quite sure what to expect from this novel but I was very intrigued.

The chemistry between Bree and Theo is immediately evident and I loved the easy conversation that happened between the two of them. It slowly becomes obvious that Theo is more than the man the media portray him to be. As in real life, I think it’s easy to forget that these are real people being reported on, not just a concept without feelings and emotions and that what we read is not always a reliable snapshot.

I feel that the story has far more than just the romantic element of rich man, unassuming woman. Rachael Stewart has done such a good job of making the money and fame secondary to what is happening to them on a personal and emotional level where these characters are having to face up to their pasts. It features a betrayal of the worst kind and Tanya is not someone I would ever want to meet in real life. In fact, the book tackles some serious and relatable subjects and does so with much sensitivity.

I also liked seeing the relationship between Sebastian and Theo.

The characters are well rounded and believable and the plot moved well.

I don’t want to say anymore because as usual, I don’t want to spoil it, especially if it’s a book you like the sound of. What I will say is that there was so much more to this novel than I thought and it’s opened up the world of Mills & Boon to me.

I really enjoyed this escape into Yorkshire. This is a perfect read for romance fans who are looking for a believable, relatable story. I loved it and will be going back to read the first in the series. 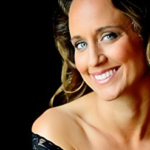 She’s been writing since she could put pen to paper as the stacks of scrawled on A4 sheets in her loft will attest to, and the lovingly bound short stories that her father would run off at work and proudly share out with his colleagues. Thinking it was a pipe dream to be published one day, she pursued a sensible career in business but she was really play-acting, achieving the appropriate degree and spending many years in the corporate world where she never truly belonged. Always happiest when she was sat at her laptop in the quiet hours tapping out a story or two. And so here she is, a published author, her full-time pleasure, a dream come true.

A Welsh lass at heart, she now lives in Yorkshire with her husband and three children, and if she’s not glued to her laptop, she’s wrapped up in them or enjoying the great outdoors seeking out inspiration.

The Billionaire Behind The Headlines was released by Mills & Boon True Love on 7th July 2022. Click to buy on Amazon and Waterstones. 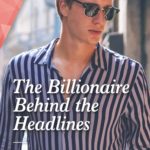 If you’d like to win An eBook collection of Rachael Stewart’s Mills & Boon True Love / Harlequin Romances, here’s your chance.

This competition is open internationally. To enter, click here.

*Terms and Conditions –Worldwide entries welcome.  Please enter using the Rafflecopter link above.  The winner will be selected at random via Rafflecopter from all valid entries and will be notified by Twitter and/or email. If no response is received within 7 days then I reserve the right to select an alternative winner. Open to all entrants aged 18 or over.  Any personal data given as part of the competition entry is used for this purpose only and will not be shared with third parties, with the exception of the winners’ information. This will passed to the giveaway organiser and used only for fulfilment of the prize, after which time I will delete the data.  I am not responsible for despatch or delivery of the prize.