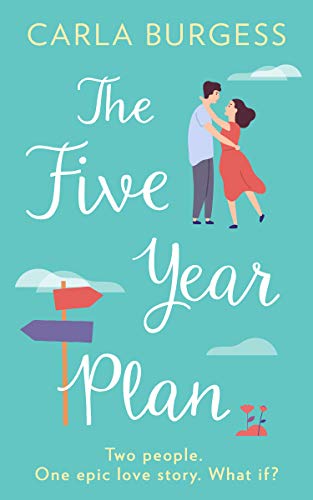 However, they stick to their plans and go their separate ways, meeting five years later. 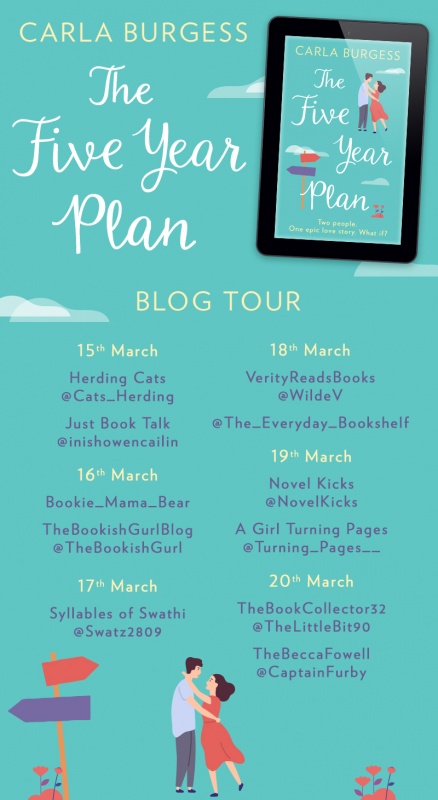 I am excited to be part of the blog tour for The Five Year Plan by Carla Burgess.

Oh this novel. From the first page, I fell in love with Orla and Aiden. Their relationship is so sweet.

I liked the structure of this book; how it begins in the present day and then we learn about Orla and Aiden’s relationship through a flashback.

They are both well-developed characters and the plot paces well.

Orla is immediately very relatable and like me, is a little clumsy. I loved that about her.

Aiden is a great guy. Who doesn’t love a guy who loves animals like he does.

Both characters are complicated. I became so invested and wanted the happy ending for them. I couldn’t quite see how they were going to get there though. They both get in their own way a lot.

This book warms the heart. It has laugh out loud moments and it has lovely characters.

It’s an adorable love story and is jammed packed with emotion.

The Five Year Plan is an endearing love story about finding love at the wrong time, the what ifs and not taking the chance when it presents itself.

It’s escapism at its best. I loved it. 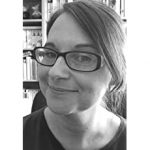 Carla Burgess was born in Solihull and now lives in Chester, UK, with her husband, three children, dog and bearded dragon. She has a degree in English Literature and Psychology and started her working life as an editor on a magazine.

The Five Year Plan was released by HQ Digital on eBook on 20th March 2020 with a paperback release due in May. Click to view on Amazon UK.