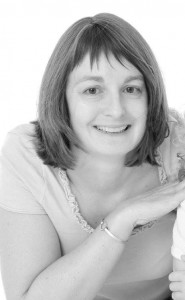 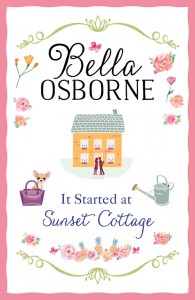 I am so delighted that Bella Osborne (from our Bella’s Scribblings column,) has secured a two book deal with Harper Impulse (an imprint of Harper Collins.) The cover for her debut novel, It Started at Sunset Cottage has been revealed by Harper Impulse and I LOVE IT. So pretty.

It sounds fantastic and we want to say congratulations to Bella. Her novel is due for release in electronic form on 12th February 2015 followed by the paperback release on 23rd April 2015.

About It Started at Sunset Cottage:

Kate Marshall is slowly getting her life back on track after losing her fiancé. As an author she has been able to hide herself away from the world and its expectations – but now one of her books has been optioned for a film and Hollywood suddenly comes knocking on her door!

When Kate is given the opportunity to stay at a beautiful country retreat and concentrate on the screenplay, it’s an offer she can’t refuse. Encouraged by her best friend, sharp-tongued single mum Sarah, Kate sees it’s finally time to stop letting life pass her by.

Looking for confidence and inspiration in the idyllic Cotswolds countryside, the last thing Kate expects is for Timothy Calder, A-list actor and leading man in the movie adaptation of her book, to turn up on her doorstep, hoping to lie low after his latest tabloid scandal! But after a rocky start, with Tim narrowly avoiding death by watering can, they find they have a few things in common: a liking for Lady Grey tea, walnut whips and bad ‘knock knock’ jokes. Actually, the bad jokes are just Tim.