Here are some of the upcoming releases that have arrived at Novel Kicks this week.

Billy and Me by Giovanna Fletcher. 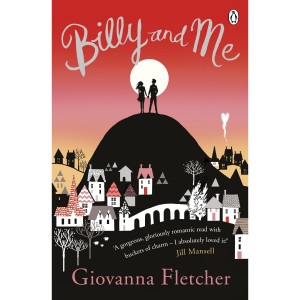 Sophie May has a secret.
One that she’s successfully kept for years. It’s meant that she’s had to give up her dreams of going to university and travelling the world to stay in her little village, living with her mum and working in the local teashop.
But then she meets the gorgeous Billy – an actor with ambitions to make it to the top. And when they fall in love, Sophie is whisked away from the comfort of her life into Billy’s glamorous – but ruthless – world.
Their relationship throws Sophie right into the spotlight after years of shying away from attention. Can she handle the constant scrutiny that comes with being with Billy? And most of all, is she ready for her secret heartbreak to be discovered and shared with the nation? 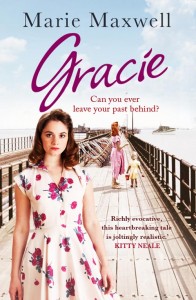 A gripping saga, richly evocative of the period, featuring the gutsy and determined Gracie, determined to start again…
Can you ever escape your past?
Gracie McCabe is building a new life for herself in the Essex seaside town of Southend working alongside best friend Ruby; she’s put her past to rest and is planning her future.
All that is missing is a family of her own, Gracie desperately wants a baby so when boyfriend Sean proposes she accepts without hesitation.
But a chance meeting before the wedding gives her doubts and when old secrets come back to haunt her, it seems that Sean is not the rock of strength she expected him to be.
Will Gracie find her happy ever after or will she be betrayed and abandoned once again?

Before I Met You by Lisa Jewell. (Paperback edition.) 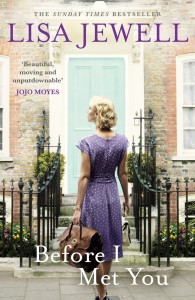 London, 1920. Arlette works in Liberty by day, and by night is caught up in a glamorous whirl of parties, clubs, cocktails and jazz. But when tragedy strikes she flees the city, never to return.
Over half a century later, in the grungy mid-’90s, her granddaughter Betty arrives in London.
She can’t wait to begin her new life. But before she can do so, she must find the mysterious woman named in her grandmother’s will.
What she doesn’t know is that her search will uncover the heartbreaking secret that changed her grandmother’s life, and might also change hers for ever…

The Crying Game by June Hampson. 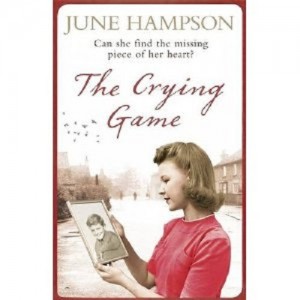 The Crying Game opens in 1944 and tells the story of Trixie – a girl who has only ever known turmoil. As a teenager, she covers up the terrible truth of her father’s death and she and her pregnant mother go on the run. Little does she know that fate has more cruel twists in store.
Determined to build a life for her herself against all odds, Trixie becomes a singer in the pubs and clubs of Gosport – but her heart is still set on finding the little brother she had to leave behind in Portsmouth years before.
It will take Trixie many years and many tears before the truth can finally emerge – but will it finally give her the courage she needs to fall in love?