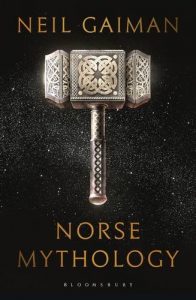 A new month. We’re already reaching the end of the first week of February. How is that possible?!

There are some wonderful authors releasing books this month and I wanted to share a few of the ones I am looking forward to getting my hands on.

Norse Mythology is the latest release by Neil Gaiman and it sounds amazing. It’s released on 7th February by Bloomsbury.
I am fairly new to Neil’s books (although I loved Stardust when it was released as a movie.)
I am also interested in the subject matter of this book.

The norse myths are woven into our story telling. Neil Gaiman reaches back through time to the original source stories. Norse mythology is a thrilling and vivid rendition of the great norse tales; Ragnarok, Twilight of the Gods, Thor, Loki, Odin and Freya. These are all irresistible in Neil’s latest book (although Tom Hiddleston as Loki is pretty irresistible already if I am honest.) 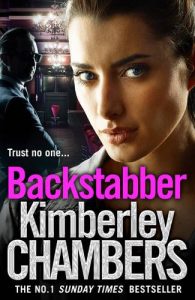 Backstabber by Kimberley Chambers is due for release on 9th February by Harper Collins. Kimberley’s books always sound like they would completely draw me in. I might have to pull this up the TBR pile a bit.

One of them has a gun to his head. Who will pull the trigger?

King of the underworld, Vinny Butler goes into business with respected villain, Eddie Mitchell. It’s a match made in East End legend.
Friends and Family are treated all, enemies like rats.
Then a mysterious package arrives; dead creatures and threats. Someone is out for revenge. Who the enemy is, no one knows. There are some people you should never cross, some who can’t forgive or forget. 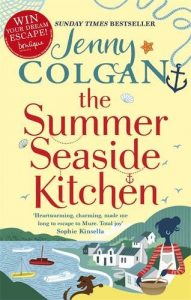 The Summer Seaside Kitchen by Jenny Colgan is due out on 9th February via Sphere. I have loved Jenny Colgan for many years (I have always wanted Looking For Andrew McCarthy to be made into a film.) Her latest book sounds as great as her previous novels.

Flora is sure that escaping from the quiet Scottish island where she grew up to the noise and bustle of the big city is the right thing to do. What was there for her on Mure? Everyone knows her life and no-one will ever let her forget her past.
In the city, she can be anonymous. She can even indulge in a little crush on her boss, Joel.
A new client means she finds herself back on Mure. She needs to find out where her future lies.

Echoes in Death is the new book by J.D. Robb. This is due to be released by Piatkus on 7th February.

New York, night-time. A woman walks out onto a busy street and into the path of Lieutenant Eve Dallas and her husband, Roarke. 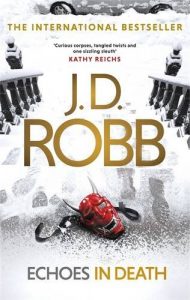 Her name is Daphne and she has been brutally assaulted. Confused and traumatised, the only thing she can tell them is that her attacker wore a devil’s mask.
Eve investigates the case and she soon discovers a disturbing pattern. Someone is targeting wealthy couples and the attacks are escalating. Eve is now in a race against time to catch this killer before he strikes again.

It is always a great month when there is a new release by Sophie Kinsella. My Not So Perfect Life is due to be released on 9th February. This book sounds like it will not disappoint. There is always such a charm to Sophie’s books that I can never wait to read them.

Kate has the perfect life. She has a London flat, a glamorous job and a super cool Instagram feed.
The truth… she rents a tiny room, has a horrible commute to a low paying job and her Instagram life isn’t even hers.
Her not so perfect life crashes down when her boss fires her. She has to move back with her parents and help her dad with his glamping business. 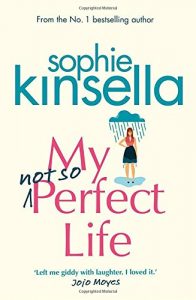 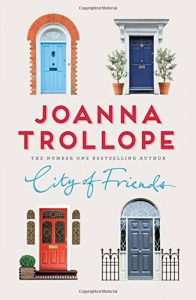 Her ex boss books in. Should this be a chance for revenge or to plead for her job back?

City of Friends by Joanna Trollope is due to be released by Mantle on 23rd February.

City of Friends is Joanna’s twelve novel. The day Stacey looses her job feels like the last day of her life or at least the only life she has known. She was a city high flyer and now she has to get used to her new life. She’s lucky she still has her girls to fall back on.

All these career girls have personal problems of their own. When Stacey’s redundancy forces a betrayal to emerge that was meant to remain silent, their long friendship will be pushed. 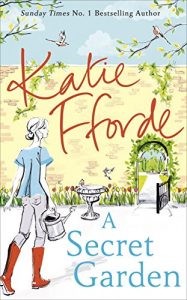 The final book is A Secret Garden by Katie Fforde and is due out on 23rd February by Century. This is the latest story from the fantastic Katie Fforde. Oh my god, this cover!

A Secret Garden focuses on Lorna. She is a talented gardener and Philly is a plant woman. Together, they work in the grounds of a beautiful manor house in the Cotswolds.

They have plenty of family and friends but love remains firmly closed. When both characters meet someone, it seems that they may get their fairytale ending after all.

Which books are you looking forward to reading? Let me know in the comments.