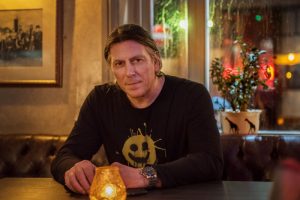 Hi Steven. Welcome to Novel Kicks. Can you tell me about your novel, The Rock ‘N’ The Roll ‘N’ That and what inspired it?

The novel in very simple terms is about a band.

A middle-aged man stumbles across said band as they prop up the bill in a subterranean haunt in Manchester.

He offers to manage them, and their journeys begin.

The backdrop is essentially to highlight love and friendship and the insecurities/successes/predicaments that middle-age can bring.

In terms of what inspired the novel, I’d previously read a book that used the music industry as a backdrop but felt it could be done better. I then attended the inaugural Festival Number 6. In North Wales and after an enjoyable afternoon at the literary stage, had somewhat of an epiphany and decided I would set to and get my book written.

The coupling of the music industry and this ‘new-breed’ of middle-aged felt like it had a lot mileage. Forty-something is now such a different beast in comparison to previous generations. And that opens a wealth of possibilities and jacking your job in to mange a band is well within the realms of possibility this day and age. 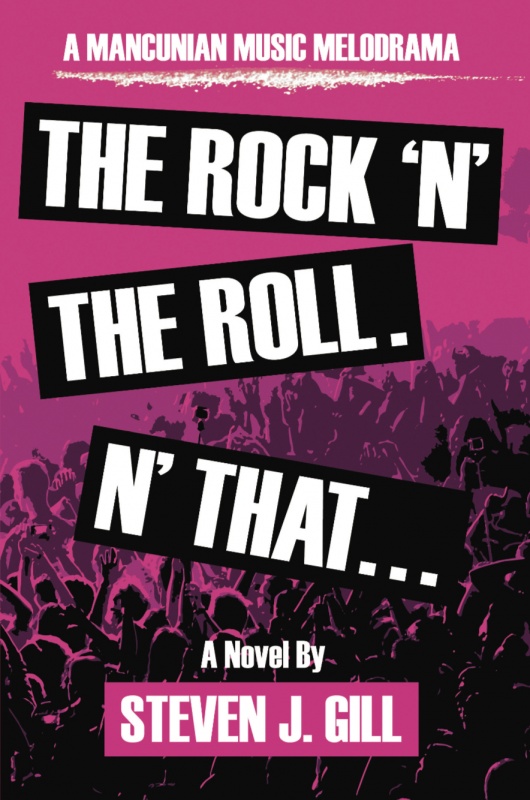 What’s your typical writing day like, where do you like to write and do you prefer silence? What keeps you motivated when writing?

It tends to fit in around work and I work in a room with a table, a huge bookcase and a stereo. I like to write for a couple of hours at a time. And I do very little in silence!

Motivation is progress in simple terms – be it writing or editing etc.

What’s your route to publication?

I ran a social media crowdfund campaign to gauge interest and to ‘out’ myself as a writer. The response was great, and I used the monies to get the book professionally edited and launched via Clink Street.

Tough question and it can easily change from day-to-day – much like my favourite Beatles track – but let’s say preternaturally today.

If you were creating a mood playlist for your novel, which three songs would make it on their first?

Another tough question but let’s go with ‘Rock’n’roll Star’ by Oasis. ‘Mardy Bum’ by Arctic Monkeys and ‘Lonely Souls’ by UNKLE/Richard Ashcroft.

If you could have been the one to discover a band (any band in history or present,) which one would it be and why?

If I eschew the obvious in The Beatles, then I’d say Arctic Monkeys. They seemed to come out of nowhere and had everyone – even Gordon Brown – talking about them. And Alex Turner is one of the great wordsmiths. His lyrics are fascinating, and I love how wordy he can be. There is a real wit and intellect behind them. 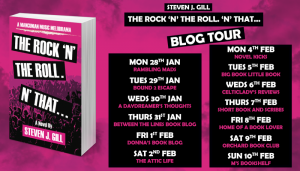 What elements do you feel make up a good novel?

I think you must empathise with at least one character. If there is no emotional investment, then the reader isn’t hooked. Don’t be afraid of the unexpected. I feel ‘Game of Thrones’ tipped convention on it’s head when they made the viewer realise that no-one was safe. And dialogue must be plausible. I wince when I read or hear clunky conversations that are just there for narrative purposes. Don’t patronise the reader!

Are you able to tell me anything about your current work in progress?

Yes. I have a second novel underway that is around three lifelong friends, how here paths head off in different directions but ultimately converge. With a streak of revenge and resentment running through it. A childhood ‘dare ‘game which has no place in the adult world gets out of hand.

What made you realise you wanted to be a writer?

I have always been an avid reader but a visit to the inaugural Festival Number 6. In North Wales led to me an epiphany of sorts and I felt I had both the inspiration and desire to try my hand.

Don’t treat it like work. You have to enjoy it. Even when the editing process begins to feel like particularly onerous homework. There will always be a tweak that can give immense satisfaction. And listen to other people if you are bold enough to show them your work. A fresh perspective can lead you out of a blind alleyway when you least expect it. 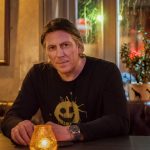 Steven J. Gill is from Manchester, living just south of the city centre.

This is his first book. Previously, his writing work was limited to music and football fanzines.

He has had quite the varied career, ranging from finance, delivering enterprise days to schools, undertaker and. driver.

Very much in right time and right place in the early 80’s and 90’s and duly devoured all that the Manchester music scene had to offer. Talked a lot of nonsense and managed a couple of bands that never unite made it big. Sings like a donkey braying into a bucket but a very good musical ear would be a fitting epitaph…

Having had somewhat of a literary epiphany at the inaugural Festival No.6 in North Wales, Steven decided it was time to set to and get writing. ‘The Rock ‘n’ The Roll. ‘ N” That…’ is the fruit of these labours.”

As some Scouse pop genius once opined, “it took me years to write, so won’t you take a look…” 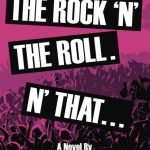 “Rock ‘n’ roll is a nuclear blast of reality in a mundane world where no-one is allowed to be magnificent.” The former manager of The Runaways said that. The mad bastard. And Johnny Harrison swore by it. He had to.

Almost forty, fully paid up member of the rat race and bored sh*tless. He had to believe in something. Then something happened. Something magnificent. A once in a lifetime band dropped out of the sky and right into his lap.

A band unaware of just how great they could be. A band that had no idea what was about to hit them. A band that needed someone to light the fuse.

That someone was Johnny Harrison and the truth was he needed them so much more. They were his ticket out. That’s how it is with THE ROCK ‘N’ THE ROLL. ‘N’ THAT. Buy your ticket and take the ride.

The Rock ‘N’ The Roll. N’ That was released on 31st January 2019 by Clink Street Publishing.