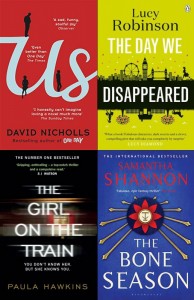 Book Corner is our monthly online book club. Anyone can join.

We love books and we love chatting about them even more. Every month, we pick a new book for discussion. We will post a question to kick things off and then you can talk about any of your thoughts about the book in the comments box below. The best thing about our book club is that EVERYONE CAN TAKE PART.

This month, I am doing things a little differently. As it’s October, and also the launch month for Books are My Bag 2015, I am going to be doing the Booktober challenge. Four weeks, four books. I’ve picked four books that I will be reading over the next four weeks. You can either read along with me or pick four of your own. Please do let me know in the comments if you’d decided to read along and which books you’ve picked.

Also, to celebrate Booktober, anyone who takes part and comments on any of the books they are reading in the comments below will go into the draw to win a £10 Books Are My Bag gift card which is accepted in bookshops nationwide.

(Competition open to UK only. Draw will close on 31st October 2015 at midday and the winner will be drawn at random soon after and announced on the Novel Kicks blog.)

So, to the four books I’ve picked….. The Day we Disappeared by Lucy Robinson, The Bone Season by Samantha Shannon, Us by David Nicholls and The Girl on the Train by Paula Hawkins. 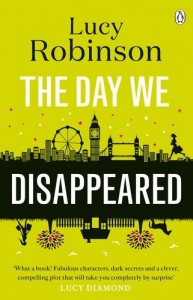 The Day We Disappeared by Lucy Robinson.

Annie has a secret. But if she’s not going to tell, we won’t either. It’s a heart-breaking secret she wishes she didn’t have – yet Annie isn’t broken, not quite yet. Especially now there’s someone out there who seems determined to fix her.

Kate has run away. But she’s not going to tell us why – that would defeat the point of running, wouldn’t it? It’s proving difficult to reinvent herself, however, with one person always on her mind.

Scratch beneath the surface and nobody is really who they seem. Even Annie and Kate, two old friends, aren’t entirely sure who they are any more. Perhaps you can work it out, before their pasts catch up with them for good . . .

The Bone Season by Samantha Shannon.

EVEN A DREAMER CAN START A REVOLUTION 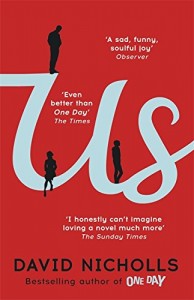 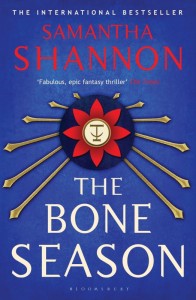 Nineteen-year-old Paige Mahoney works in the criminal underworld of Scion London. Her job: to scout for information by breaking into people’s minds. For Paige is a dreamwalker, a clairvoyant and, in the world of Scion, she commits treason simply by breathing.

Us by David Nicholls. 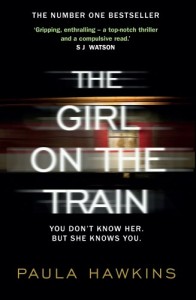 The Girl on the Train by Paula Hawkins.

Rachel catches the same commuter train every morning. She knows it will wait at the same signal each time, overlooking a row of back gardens. She’s even started to feel like she knows the people who live in one of the houses. ‘Jess and Jason’, she calls them. Their life – as she sees it – is perfect. If only Rachel could be that happy.

And then she sees something shocking. It’s only a minute until the train moves on, but it’s enough.

Now everything’s changed. Now Rachel has a chance to become a part of the lives she’s only watched from afar.

Now they’ll see; she’s much more than just the girl on the train…