Some of the upcoming releases that have arrived at Novel Kicks… 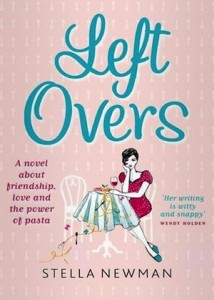 A novel about friendship, hope and the power of pasta from the bestselling author of Pear Shaped.

According to a magazine, Susie is a ‘Leftover’ – a post Bridget-Jones 30 something who has neither her dream man, job, nor home. She doesn’t even own six matching dinner plates.

According to her friend Rebecca, Susie needs to get over her ex, Jake, start online dating – or at least stop being so rude to every guy who tries to chat her up.

But Susie’s got a plan. If she can just make it the 307 days till her promotion and bonus, she can finally quit and pursue her dream career in food, then surely everything else will fall into place. If only her love life wasn’t so complicated… 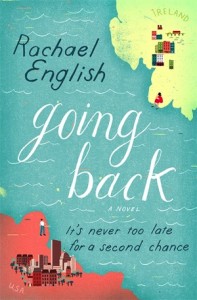 In the summer of 1988, Elizabeth Kelly and her friends leave recession-hit Ireland for a summer of adventure and opportunity in Boston. The next four months change all of them, especially Elizabeth. Quiet and dutiful at home, she surprises herself and everyone else by falling for Danny Esposito, a restless charmer with a troublesome family.More than twenty years later with opportunities in Ireland scarce once again, a new generation looks to America, awakening memories of a golden summer for their parents. When a crisis occurs, Elizabeth returns to Boston where she is drawn back into the life she once lived. But will she be able to reconcile the dreams of her twenty-year-old self with the woman she has become?

A Night on the Orient Express by Veronica Henry. (Orion, July 2013.) 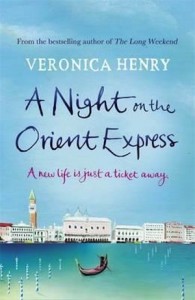 For one group of passengers settling in to their seats and taking their first sips of champagne, the journey from London to Venice is more than the trip of a lifetime.

A mysterious errand; a promise made to a dying friend; an unexpected proposal; a secret reaching back a lifetime…As the train sweeps on, revelations, confessions and assignations unfold against the most romantic and infamous setting in the world.