Book Review: Summer on a Sunny Island by Sue Moorcroft 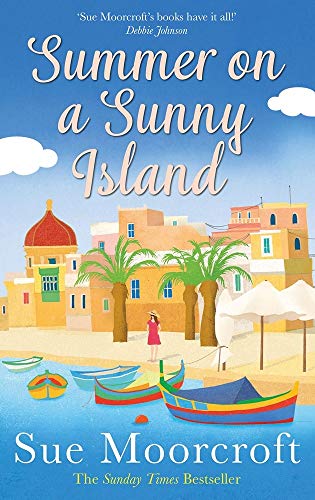 This summer, sparks are flying on the island of Malta…

When Rosa Hammond splits up from her partner Marcus, her Mum Dory suggests a summer in Malta. Not one to sit back and watch her daughter be unhappy, Dory introduces Rosa to Zach, in the hope that romance will bloom under the summer sun. But Rosa’s determined not to be swayed by a handsome man – she’s in Malta to work, after all.

Zach, meanwhile, is a magnet for trouble and is dealing with a fair few problems of his own. Neither Rosa or Zach are ready for love – but does fate have other ideas? And after a summer in paradise, will Rosa ever want to leave?

What better way to prepare for the coming summer than the latest Sue Moorcroft novel, ‘Summer on a Sunny Island’.

Set on the glorious and stoic island of Malta, located in the Mediterranean Sea, this is the perfect foil to put you in the mood for a holiday, even though we can’t right now. This book will certainly help you pretend you’re there.

I’ve been to Malta, a good while ago admittedly, but I was transported back to happy memories of when I’d only recently been married.

Sue has the gift of being able to describe a location and to make you feel as if you are in the centre of the action. This is integral cog in her stories. I can still feel the Maltese sun on the back of my neck the day after finishing this novel. 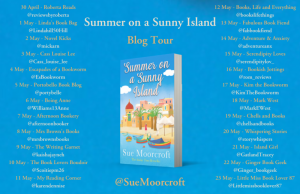 The story of Rosa and Zach, two people at crossroads in their lives, Summer on a Sunny Island never lets up in its twists and turns and the author never shirks from putting her protagonists through the wringer. I felt anger when the characters were put in danger; beamed like a lunatic with happiness when there was cause for celebration; almost cried (I’m of the male persuasion so don’t expect me to admit to the act) at times too.

With a supporting cast of various relations and local Maltese, heroes and villains both, that are each well-rounded and with purpose for the story, this novel is up there with the author’s best work and I can’t wait for my goldfish-like memory to forget enough of it so that I may read it again afresh.

I cannot and will not be able to recommend this novel enough. Buy it now, you won’t be disappointed!

My thanks to Avon Books UK and Netgalley for the reading copy. 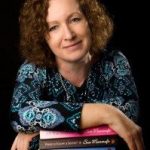 Summer on a Sunny Island by Sue Moorcroft was released by Avon Books on 30th April 2020. Click to view on Amazon UK.

One Response to Book Review: Summer on a Sunny Island by Sue Moorcroft