There is always one thing that is certain when there is a beloved book adapted into a movie and that is everyone will have an opinion as to which one is better. Book worms will insist that the book will always be better. I loved the Bridget Jones films for example but the books will always be better (an opinion that will not be changed post third film.)

The company www.cartridgediscount.co.uk have designed this beautiful graphic comparing the books vs. film for some of the most loved series. The books and films analysed are Harry Potter, Twilight, The Hobbit and Lord of the Rings, The Hunger Games and Fifty Shades of Grey. It’s interesting to see the comparison. Can a film ever outdo the source material? Take a look…. 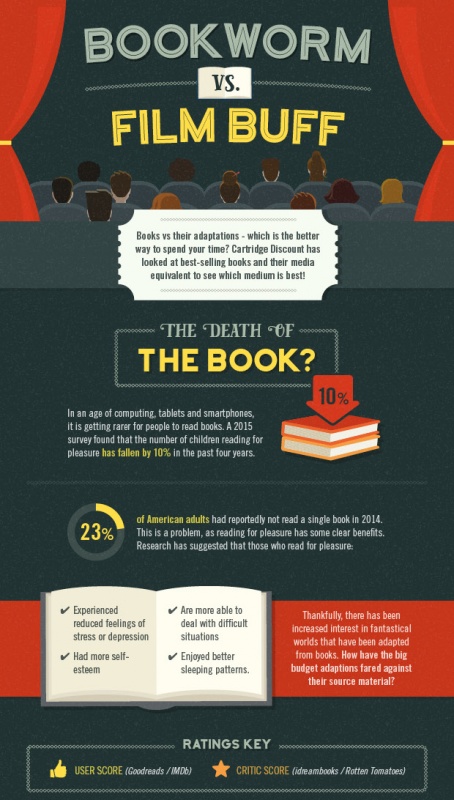 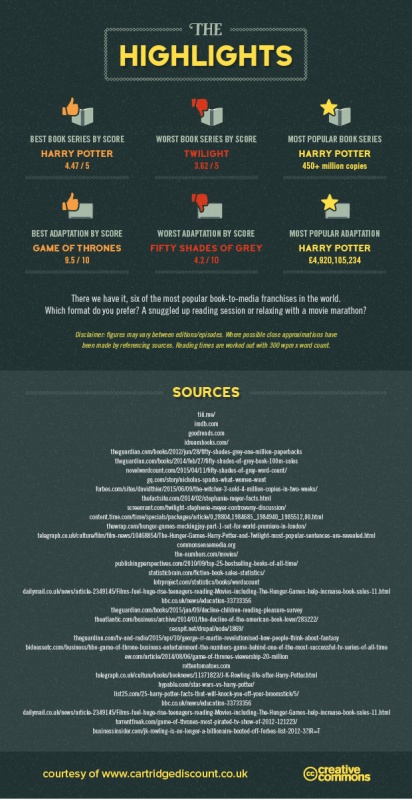 Harry Potter is one of my favourite series and some of the best-selling novels of all time. The Hobbit and Lord of the Rings is the same. According to this, it takes twenty hours to watch all the Harry Potter films and two and a half days to read all the books. It would take twenty hours to watch all of The Lord of The Rings films although it may be more if you have the extended versions. I feel these series have been adapted so well. With Potter, I would have liked to have seen Peeves though.

The Hunger Games is also a book series I loved. I liked it more than I thought I would and I devoured the novels. I was disappointed when they had to end to be honest. I was definitely team Peeta. I was also happy with the way it ended. The films were great but I think I preferred the novels. According to this, it takes seventeen hours to read the novels. With Twilight, it was the other way around. I actually liked the film more than the novel. 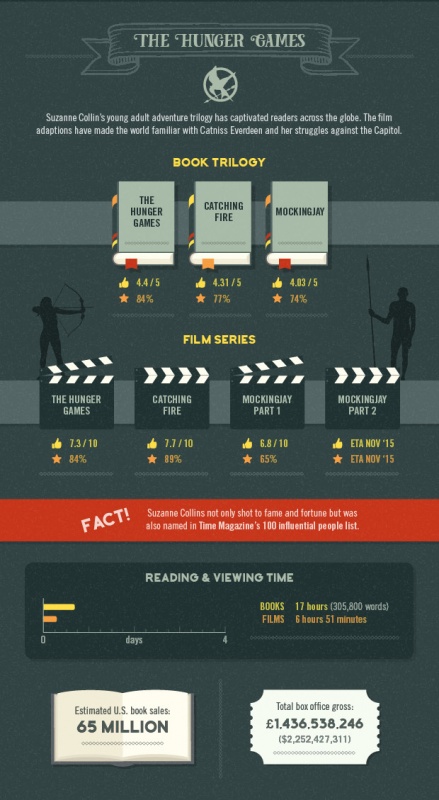 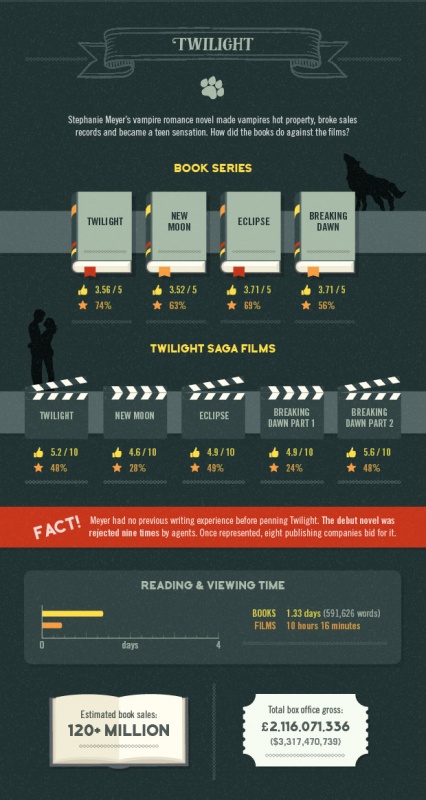 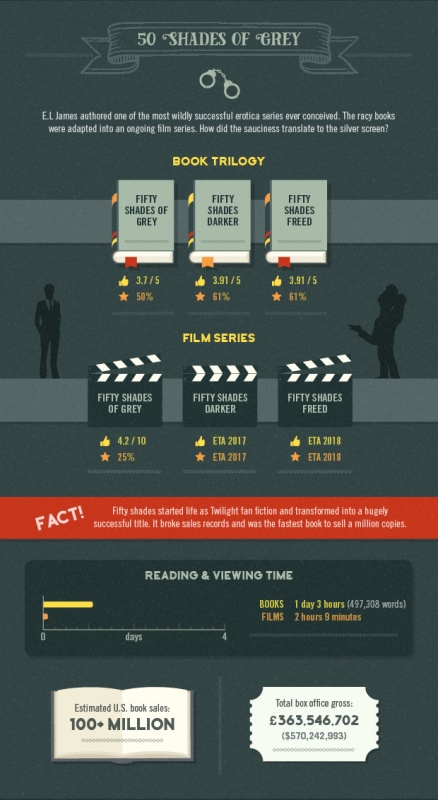 Fifty Shades of Grey is a trio of books which gripped the UK when it was released. The first film in the series was released last year and the other two are expected. It originally began as Twilight fan fiction. The books apparently take one day and three hours to read. At the moment, the film will take you a little over two hours but in its defence, there is only one.

There are so many interesting facts in these. Do you agree? Which one is your favourite and why?