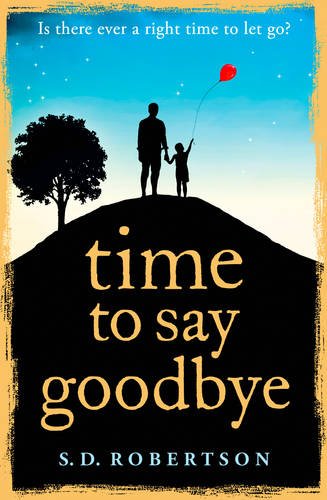 There have been some great titles released over the last week. Below is a selection. Let me know in the comments below which ones take your fancy.

Time to Say Goodbye by S.D. Robertson was released on 11th February 2016 by Avon.

I am looking forward to reading this book. I have a copy waiting to be read. The plot sounds compelling and the cover is beautiful.

HOW DO YOU LEAVE THE PERSON YOU LOVE THE MOST?

Will Curtis’s six-year-old daughter, Ella, knows her father will never leave her. After all, he promised her so when her mother died. And he’s going to do everything he can to keep his word.

What Will doesn’t know is that the promise he made to his little girl might be harder to keep than he imagined. When he’s faced with an impossible decision, Will finds that the most obvious choice might not be the right one.

But the future is full of unexpected surprises. And father and daughter are about to embark on an unforgettable journey together . . .

This House of Grief: The Story of a Murder Trial by Helen Garner was released on 11th February 2016 by Text Publishing Company. 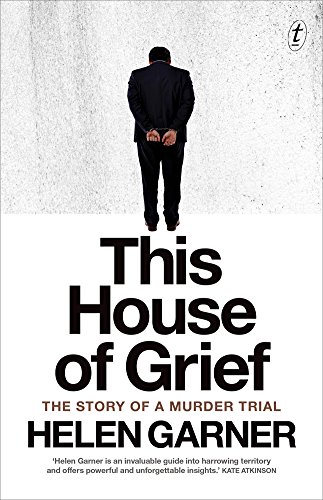 Not completely fiction but this book sounds very interesting and one that I will definitely be reading at some point especially as it’s based on a real case and sounds similar to Making a Murderer on Netflix.

On the evening of September 4th 2005, Robert Farquharson, a separated husband, was driving his three sons home to their mother, Cindy, when his car left the road and plunged into a dam. The boys, aged ten, seven and two, all drowned. Was this an act of revenge or a tragic accident? In a tale reminiscent of In Cold Blood (1966), Helen Garner decided to reveal every aspect of this complicated and highly emotional case.

The case became Garner’s obsession; she followed it on its protracted course until the final verdict was delivered, and attended every day of the trial (and subsequent retrial). She was there alongside countless journalists and family members – exposing with great compassion the emotional complexity of a case that gripped the nation.

In this utterly compelling book, Helen Garner tells the story of a man with a broken life – she presents the courtroom as a theatre with its actors and audience, all gathered for the purpose of bearing witness to an often uncomfortable truth.

Tainted Love by Kimberley Chambers was released by Harper Collins on 11th February 2016.

Kimberley Chambers’ novels always sound excellent and I can’t wait to read this one. 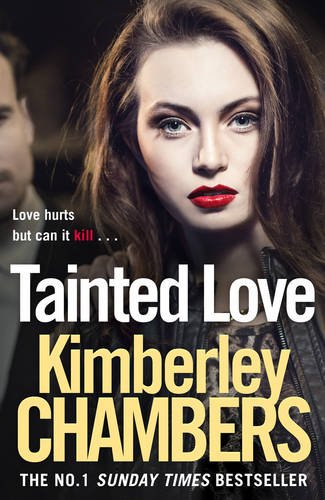 Nobody can hurt you like the ones you love…

Blood is thicker than water, love is stronger than hate – and that’s the problem. When your brother has betrayed you, there’s no coming back.

Vinny and Michael have always protected each other and provided for the family. Together they were formidable but business always stopped at the front door. Now someone has changed the rules – women and children are fair game and one of the Butlers is going to end up six feet under.

Little Vinny is battling not to follow in his father’s footsteps. Sweet Sammi-Lou has just vowed ‘til death do us part, but it’s only a matter of time before the truth comes out about the murder he committed.

Dark secrets are spiralling out of control and have the power to destroy them all for good. Is this the final nail in the Butler family coffin?

Glass Sword by Victoria Aveyard is the follow-up novel to Red Queen. It was published by Orion on 11th February 2016. 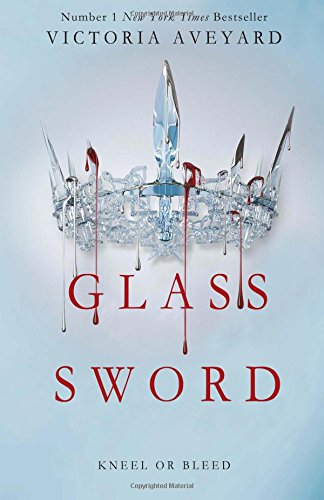 I absolutely LOVED Red Queen and I’ve been wanting to read this since I finished the first book. I am looking forward to catching up with Mere.

Mare’s blood is Red – the colour of common folk – but her Silver ability, the power to control lightning, has turned her into a weapon that the royal court tries to control.

The crown calls her an impossibility, a fake, but as she makes her escape from the prince and friend who betrayed her, Mare uncovers something startling: she is not the only one of her kind.

Pursued by the Silver king, Mare sets out to find and recruit other Red-and-Silver fighters to join in the struggle against her oppressors.

But Mare finds herself on a deadly path, at risk of becoming exactly the kind of monster she is trying to defeat. Will she shatter under the weight of the lives that are the cost of rebellion? Or have treachery and betrayal hardened her forever?

Making It Up As I Go Along by Marian Keyes was released by Michael Joseph on 11th February 2016.

Marian Keyes is such a brilliant writer in my opinion and this book is one I am so excited to read. As someone who would love to write a novel, Marian is a writer I look up to. She has such humour in her writing and I am sure I will love this book. 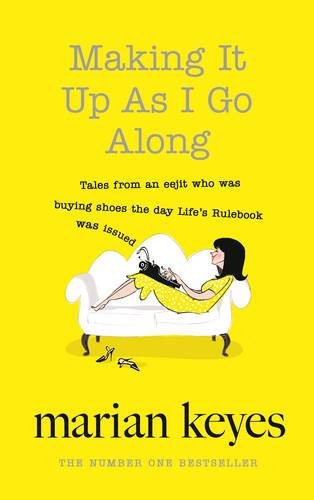 Welcome to the magnificent Making It Up as I Go Along – aka the World According to Marian Keyes™ – A bold, brilliant book bursting with Marian’s hilarious and heartfelt observations on modern life, love and much, much else besides.

Such as? you are determined to ask.

Well, how about her guide to breaking up with your hairdresser? Or the warning she has for us all after a particularly traumatic fling with fake tan. There’s the pure and bounteous joy of the nail varnish museum. Not to mention the very best lies to tell if you find yourself on an Arctic cruise. She has words of advice for those fast approaching fifty. And she’s here to tell you the secret secret truth about writers – well, this one anyway.

You’ll be wincing in recognition and scratching your head in incredulity, but like Marian herself you won’t be able to stop laughing at the sheer delightful absurdity that is modern life – because each and every one of us is clearly making it up as we go along.

The 3rd Woman by Jonathan Freedland was published in paperback by Harper on 11th February 2016.

This book has an interesting premise. Novel Kicks was involved with the blog tour for this novel when it was released in hardback last year. Read our review here.

THE FIRST TWO MURDERS WENT UNNOTICED. BUT THE NEXT WAS HER SISTER…
A terrifying yet unputdownable thriller from No. 1 bestselling author and award-winning journalist Jonathan Freedland. 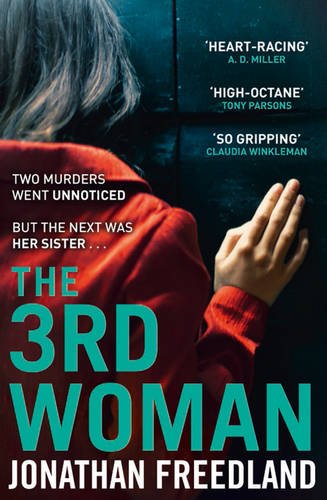 A Summer at Sea by Katie Fforde was released on 11th February 2016  by Century.

Reading Katie’s novels is like getting a lovely hug. They are full of warmth and humour and I can’t wait to read her latest one.

She has a career as a midwife that she loves . She enjoys living on her own as a single woman. But she’s also feels it’s time for a change and a spot of some sea air.
So when her best friend Rebecca asks whether she’d like to spend the summer cooking on a ‘puffer’ boat just off the Scottish coast, she jumps at the chance.

But she barely has time to get to grips with the galley before she finds herself with a lot on her plate. 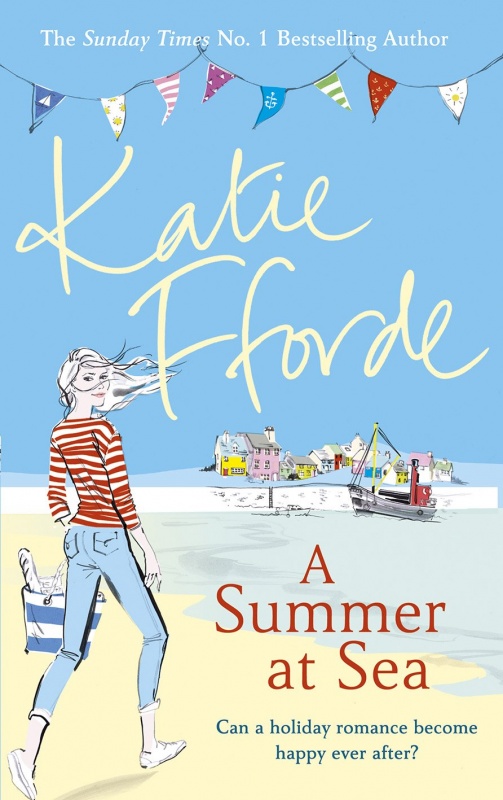 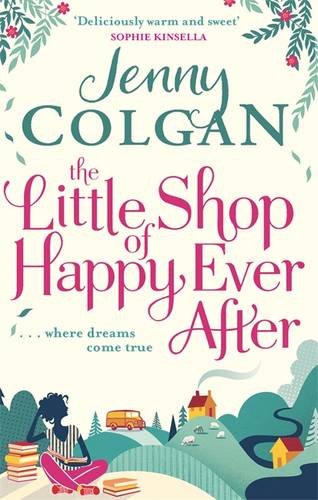 Rebecca is heavily pregnant and is thrilled to have her friend on board doing most of the work. Then there’s Emily’s competitive and jealous kitchen assistant who thinks she should be head-cook, not Emily.

And there’s Alasdair, the handsome local doctor who Emily is desperately trying not to notice.

Because if she falls in love with him, as he appears to be falling for her, will she ever want her old life back again?

Sphere released The Little Shop of Happy-Ever-After, the latest novel from Jenny Colgan on 11th February 2016.

This book has such a beautiful cover. I always enjoy Jenny’s novels and so I am excited to read this.

Given a back-room computer job when the beloved Birmingham library she works in turns into a downsized retail complex, Nina misses her old role terribly – dealing with people, greeting her regulars, making sure everyone gets the right books for their needs.

Then a new business nobody else wants catches her eye: owning a tiny little bookshop bus up in the Scottish highlands. No computers. Shortages.

Out all hours in the freezing cold; driving with a tiny stock of books… not to mention how the little community is going to take to her, particularly when she stalls the bus on a level crossing…