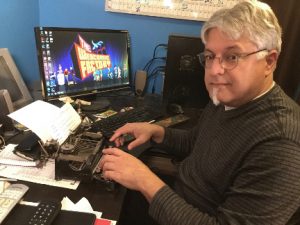 Hi Tony. Welcome to Novel Kicks. I am so pleased you could join me today. Can you tell me a little about The Pineys and also about Wokeistan: A Novel and what interested you the most about each idea?

The Pineys is based on the legend of the Jersey Devil.  Instead of just one Jersey Devil, Mother Leeds was a witch that summoned hundreds of them into the Pine Barrens.  The nearby villagers of Abe’s Hat, NJ formed a secret society to hunt down the devils and send them back to Hell.  In the present day, the Galloways (and their many, many cousins) continue the hunt.  It’s kind of like Ghostbusters meets Men in Black meets Tucker & Dale vs. Evil.  It’s a lot of fun and is steeped in South Jersey lore and color.

Previously, I created the Jersey Devil comic book and a lot of my stories take place in South Jersey.  What interested me was exploring the culture of South Jersey in more detail and doing a story with a group of characters from a large extended family like mine.

Wokeistan: A Novel is a political satire in the vein of a Kurt Vonnegut, Jr. book.  I co-wrote it with Christian Beranek.  It takes place on an East Coast college campus in upstate New York and it’s about a student body that has a complete mental meltdown after Trump is re-elected.  It’s sort of the best (worst) of Social Justice Warriors from the last two years and mixing that with taking post-modernist ideology to its logical conclusion.  It’s funny, absurd and savage, but not that all unrealistic if you’ve followed the stories.

Christian and I were looking for a project to write.  We were considering doing it as a webcomic, but decided to write it as a novel.  She came by and stayed a couple of months.  We basically wrote it in two weeks.  It just really poured out of us.  It was an amazing experience.  The end result was a story that was equally funny and Orwellian. 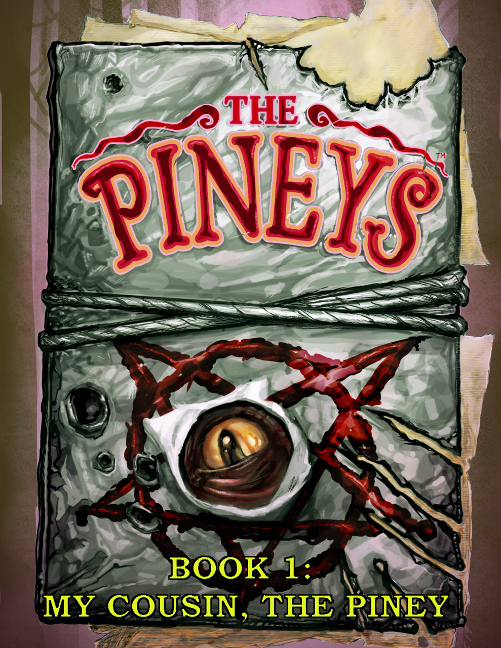 What are the challenges to writing political satire and then a horror/comedy like The Pineys?

With Wokeistan, the story was already there.  Colleges have become so inbred intellectually, they no longer seem to function for the purpose for which they were intended.  Instead, we’ve developed a system that drains money from kids that are expecting an education and a career and instead they’re getting brainwashed and fleeced financially.  The challenge is, most people don’t realize how far the college system has degraded, so some read it and go, “What?  This is insane.  Nothing like this is happening.”  But many of the events of the book were based on things that actually happened on college campuses over the last few years.  I’m proud to say my nephew, who is in college, seemed to like it.  He helped proofread it.

For the Pineys, horror and comedy are closely linked.  They rely on surprise. This is the kind of stuff I’ve been writing for decades, but in the world of the Pineys I have no limits like I did with comics or trying to write a screenplay—  I guess the hardest part is keeping track of all the Galloway family members mentioned in the books.  It’s getting pretty tough at book six, which is what I’m currently writing.

How would you describe your writing style?