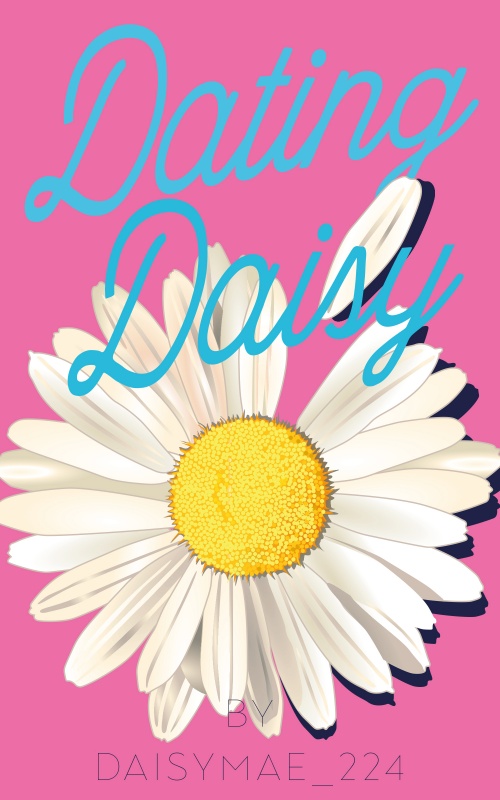 Today, I’m so pleased to be a part of the blog tour for Dating Daisy by DaisyMae_224 which was released by Clink Street Publishing on 27th July 2017.

Here’s a little about Dating Daisy…

What do you do when you’re a newly divorced 52-year-old mother, keen for a second chance of romance? Why internet dating of course! Daisy Mae_224 embarks on the internet dating process with trepidation.

Having not been on the dating scene for nearly 30 years, and with fairly rudimentary computer skills, she finds herself embroiled in a series of haphazard and hilarious situations.

Daisy keeps a diary of her internet dating life and reveals detail by detail, the ups and downs of her midlife dating extravaganza. Soon after starting out, Daisy realises her true mission. With no past experience and no-one/nothing to guide her, she needs to produce – Internet Dating lessons.

Read on to find out about PLONKERS, muppets and MAWDs, and a whole host of amusing anecdotes, tips and ideas. Working by day as a Sexual Health doctor, the story as it unfolds contains accounts of Daisy’s clinical experiences with patients in the Sexual Health clinic.

She also reflects on her past life with Voldemort (the dreadful ex-husband). With advice and encouragement from Imogen, her 17 year old daughter, her surrogate parents known as the Amigos, with a big house and swanky swimming pool, her friend Pinkie and from Jeannie, her nonagenarian friend from the Nursing Home, Daisy resiliently persists in her quest to find a long term partner.

This is a heartfelt story that will ring bells with anyone who has ended a long-term relationship and now wants to find somebody new. It is humorously written, full of emails, poems, limericks, and even a recipe!

Daisy can’t resist her pages of advice on topics like “Kissing” and “Anti-Snoring.” It is a unique and highly amusing book, which will make you laugh out loud! So read on and see. Will Dating Daisy find her “prairie vole?” Or will the whole process end in disaster?

Thanks to DaisyMae_224 and Clink Street Publishing, I have extracts from Dating Daisy to share. These also include notes from the author. Enjoy!

Dating Daisy is a humorous novel about Daisy, who aged 52, and newly divorced, plucks up the courage to start internet dating. It is a fiction book but based on the authors’ experiences. In between the dating, she works as a doctor in the Sexual Health Clinic. The book follows the up’s and down’s of this period in her life, and reveals some unpredictable, escapades, that may just make you laugh out loud!

In this first extract, Daisy has bravely done all that was required. With trepidation, as she has not had to think about any sort of dating for three decades, let alone advertise herself on the internet, she has actually completed the profile, uploaded the photo., and then went to bed to sleep on it. The next morning, full of anticipation she logs on, expecting to find a row of possible suitors.

*
Not one wink, smile, email or anything else. I am deflated.
Oh, wait a minute, 37 men have viewed me and one has listed me as a favourite.
One! Out of 37! How can I be so unattractive!

Didn’t I say rhinoceros earlier? Time to think of ugly mammals. Hopefully not because I’m one of them!, but because I have to behave like one. The thicker the skin the better. Didn’t the elephant get his saggy baggy skin by scratching it in the Limpopo River? I need to scratch mine somewhere. It’s getting very itchy.
“What’s wrong with me,” my brain asks Daisy. “Am I so ugly no one wants to speak to me?”
“Now come on,” says the brain, “there are lots of reasons nothing has happened – yet. And it is early.

“You only loaded your profile less than 24 hours ago. It has to be checked by Trust HQ!
“And anyway, remember men are like ostriches, they see a beautiful woman, they stick their head in the sand. You, Daisy, need to lead the way.

“Think about the men on BritainonSunday.com. The Britain on Sunday readers of the UK have just risen early, downed a cooked breakfast and boarded the 6.48 to Clapham Junction. They are probably only now unfurling the daily newspaper, and may not even yet have reached the dating section.

“And how many will be actually online-now? In the rush hour? Don’t be ridiculous!

“And those who do like you, may be shy, they may be poleaxed, frozen with desire, helplessly in love with the tantalising image in the red dress, but uncertain how to make the first move.

“Daisy, you will just have to make the first move yourself. Now what did I say?
“Dazzling, beautiful, smart and alluring.
“Be brave! The world CAN be your oyster.”
*
I chose this extract because disappointments when internet dating are all too common. This is fairly early on this story, and Daisy is quite dismayed to see that the man who gets off the train, is a different person to the one she saw in his photograph on the internet.)

Anyhow, I was now driving to meet Henry, this talkative, charming, perfect soulmate who wanted to be my teddy bear, and today Dating Daisy had a date. Nothing was going to get in the way. Jeremy took my love and threw it away. Jeremy is history.

I arrived at the station. The train was due in 20 minutes but it seemed the longest 20 minutes in history. He had texted that he was in the front of the train. I waited in the waiting room as it was very cold that day. I popped in to the ladies to brush my hair and apply a bit more lipstick. What would he think of me, this 53-year-old, Dating Daisy? I was aware that I had my love poem, Finding True Love, folded in a an envelope in my hand bag.

Would I, oh would I, in my wildest dreams, be able to give this to Henry?
The train slowed, a whistle blew, the doors opened. A lot of people were moving about, getting on and off the train. I scanned the front of the train for a tall, balding man with a smiley face.

But what was this. A carriage door opened and a man was smiling and walking towards me. But it wasn’t, it couldn’t be, Henry? I guessed it must be as he was hugging me and grasping my hand. I looked over his left shoulder as he enveloped me on that station platform. I am 5ft8½, and he is shorter than me.

Second lie. He didn’t look anything like his photo. The picture I had seen must have been a picture of someone else.

This man had had seriously bad acne, and had a very scarred face. Deep craters peppered his rough complexion. In addition, his cheeks had caved in, rather like an old person who has taken out their false teeth. I knew he didn’t have any hair, so that was not a surprise, but he was very, very bald. And you know what else? He was wearing a purple and green striped shirt over a pair of tatty jeans, and what had I said? No Morris dancers!

*
Daisy continues to work at her day job in the Sexual Health Clinic. The book is interspersed with anecdotes and stories from the clinic.