Blog Tour: When The Children Return by Barry Kirwan

A Moment With… Barry Kirwan 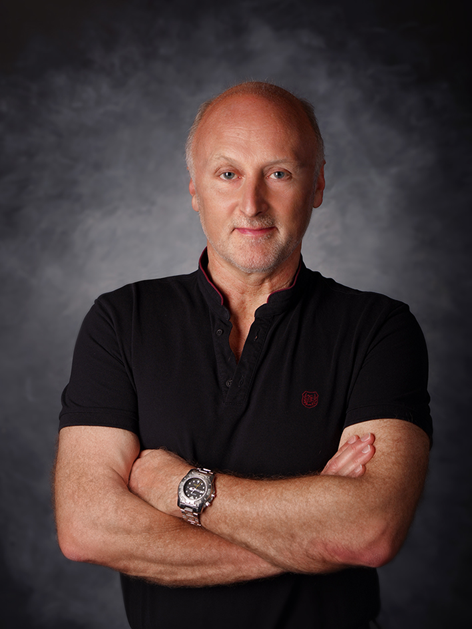 I am very pleased to be welcoming Barry Kirwan back to Novel Kicks and the blog tour for his latest novel, When The Children Return. This is the second book in the Children of the Eye series.

Ten years have passed since the Axleth invaded Earth and a few hundred humans escaped aboard the ship Athena, piloted by the Artificial Intelligence who calls himself Ares. Now, the refugees approach Earth, determined to take back their home. But something has followed them from deep in space, and as war breaks out on Earth, humanity must decide who is the real enemy.

I have reviewed the book below but first, Barry is here to share his writing process with us. Over to you, Barry.

My friends, family and colleagues all know I have a full-on day job, so the question they all ask, is when (the hell) I have time to write? I usually joke that I have a clone and a time machine, although I can’t quite recall which came first…

More seriously, I don’t sleep that much. You could call it insomnia, but I have no trouble falling asleep. It’s just that several times a week I wake up really early, like 3 or 4 in the morning. It’s actually a really great time to write, because nobody is emailing you, it’s dead quiet, and my mind is lucid, full of possibilities, whereas later in the day, frankly it’s knackered, and needs to veg out in front of Netflix or something. That early in the morning I’m writing in the kitchen, a cup of tea once an hour. If I have a good idea, I can’t type fast enough, and my tea goes cold…

Often I work in brasseries in the morning (e.g. from 7-9am), as I live just outside Paris, and the coffee is good, and the noise and bustle somehow stimulates my mind in a different way, maybe because I have to focus. I need to have the idea of the chapter, at least how it begins, and what’s at stake, before I can start. I never just start writing, hoping that somehow it will be good. It won’t be, not for me, it’ll be rubbish. So, I have to have the idea, a direction, and then I see where my fingers take me. I also need to have a sense of urgency, because I aim to write very pacey novels, and that is not just down to tricks; I have to feel that way when I’m writing.

I’m mean to my characters. A lot of crap happens to them. If they could meet me I person in the real, I don’t think I’d last long. But I do suffer with them, and can get quite emotional when I’m writing, which can be awkward when sitting in a busy brasserie, shedding a tear into my espresso macchiato. It’s rare I put tears on the page though, rather I leave it understated, and usually the reader gets it, and they feel it too when a character is having a really rough time, or gets killed off.