Blog Tour: The Witches of St. Petersburg by Imogen Edwards-Jones

Book Review: The Witches of St. Petersburg by Imogen Edwards-Jones 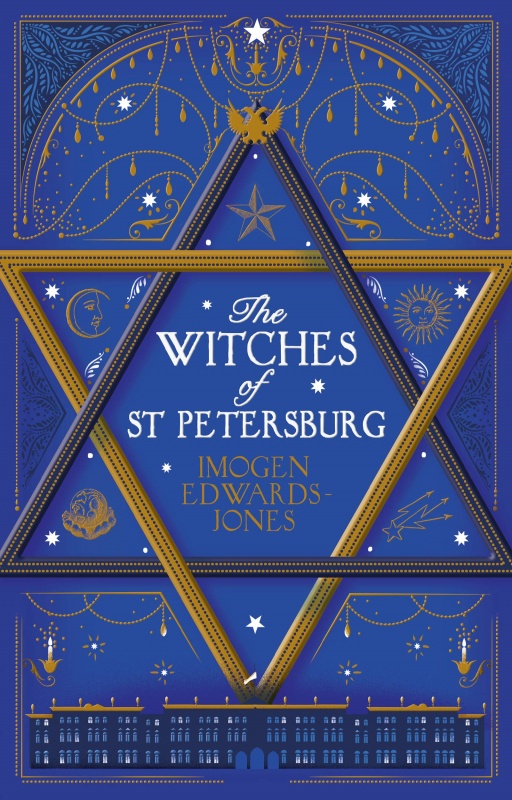 Imogen Edwards-Jones and the blog tour for her new book, The Witches of St. Petersburg joins Novel Kicks today.

The Russian Empire is on the verge of collapse. Revolution is in the air. The starving stalk the streets of St Petersburg and yet the Imperial Court still commute between their estates and organise their lavish balls.

Two sisters arrive in the city. Princesses from Montenegro; they are famed for their wild beauty and mystical powers. Initially ridiculed and outcast as the daughters of a provincial ‘Goat King’, they react in the only way they know how. They befriend the isolated Tsarina Alexandra and, using their gifts, they help her in her increasingly desperate quest to give birth to a son and heir. The circle closes. The girls are the gateway. Gurus, clairvoyants, holy fools and charlatans all try their luck. Then in one last, doomed, throw of the dice, the sisters introduce Rasputin into the Russian Court…

Based on the true story of the lives of Princess Militza and Princess Anastasia of Montenegro during the dying days of the Russian Empire, The Witches of St Petersburg is a tale of love, lust, power and betrayal at the heart of the Romanov Court.

Although I don’t know too much about it, this part of Russian history has always held a fascination for me and is why I wanted to read this novel especially as it is based on a true story.

Militza was the most fascinating character for me. Her relationship with her sister was also intriguing. There are very much outsiders and I can relate to that.

The overall setting was written so vividly and with much detail. You can tell how much work and love went into writing this book.

The plot is engaging and had me wanting to keep reading. It has also made me want to find out more about this period in history.