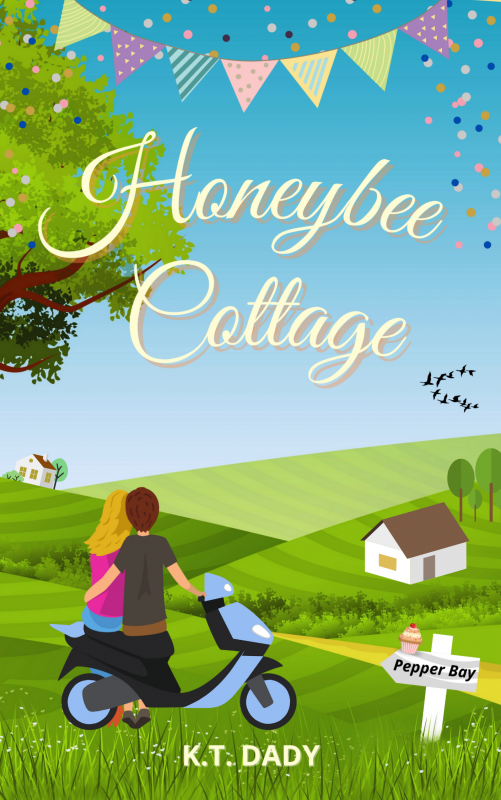 She decided there and then that the next time he visited she would never in a million years, even if her life depended on it, sleep with him ever again. She was done with secretly being in love with him. She couldn’t keep falling into his arms every time he was around. Josh was never going to see her as anything more than a holiday fling, or a sure thing. She had made her decision and had happily stuck to it, but only because he wasn’t around. She soon realises just how hard keeping him at arm’s length actually is when he unexpectedly turns up just before Christmas.

Josh had always loved Joey, but he knew she never took him seriously. She had no reason to. Growing up, he only went to his grandmother’s family home in Pepper Bay for the summer. As an adult, he knew that the world viewed him as a playboy heir to his grandfather’s millions. This year, he was determined to prove just how reliable he could be. He was back, and on a secret mission to get Joey to fall in love with him, because she was all he had ever wanted.

That’s when she decides that she’s no longer going to sleep with him ever again.

She’s also done being in love with him. She’s done with simply being his holiday fling whenever he decides to float into town.

Out of sight, out of mind makes this easier but her resolve is tested when Josh returns just before Christmas.

Josh loves Joey but she sees him as nothing more than a friend. She doesn’t take him seriously.

He’s determined to show how serious he is about her because she’s all he ever wanted.

Oh it’s December. I love Christmas settings in novels, especially at this time of year.

This is book two in the Pepper Bay series. When I pick up a series without reading the previous novels, in this case, Starlight Cottage, I always worry that I’m not going to know what’s going on. Not the case with this. It can be read as a standalone.