Blog Tour: Out of Bounds by Val McDermid

Blog Tour: Out of Bounds by Val McDermid – Review 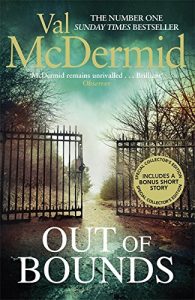 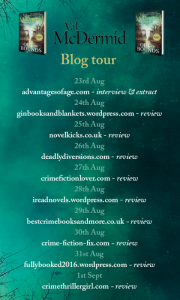 I’m pleased to be welcoming Val McDermid to Novel Kicks today and the blog tour for her new novel, Out of Bounds. This is the latest novel in the Inspector Karen Pirie series and has been released today by Little, Brown.

There were a lot of things that ran in families, but murder wasn’t one of them . . .’

When a teenage joyrider crashes a stolen car, a routine DNA test could be the key to unlocking the mystery of a twenty-year-old murder inquiry. Detective Chief Inspector Karen Pirie is an expert at solving the unsolvable. With each cold case closed, justice is served. So, finding the answer should be straightforward, but it’s as twisted as the DNA helix itself.

Meanwhile, Karen finds herself irresistibly drawn to another case, one that she has no business investigating. And as she pieces together decades-old evidence, Karen discovers the most dangerous kind of secrets. Secrets that someone is willing to kill for . . .

Out Of Bounds is the latest instalment of McDermid’s successful Karan Pirie series of crime thriller novels. The story follows Inspector Karen Pirie of Police Scotland’s Historical Case Unit. When a teenage joy rider in a stolen car ends up in hospital his DNA casts new light upon a twenty two year old cold case, but finding the answers are never as simple as they should be and getting to the bottom of this problem is a complex and twisty task.

In the meantime Karen is drawn to another case, stepping on toes and winding people up in the progress as it is not her case, when an apparent suicide has her digging into a decades old bombing from the IRA era.

This is the first book from this series which I have read and I am pleased to say that it stands on its own very well, as relevant and concise backstory is provided as required in a subtle way unlikely to frustrate those already familiar with it.