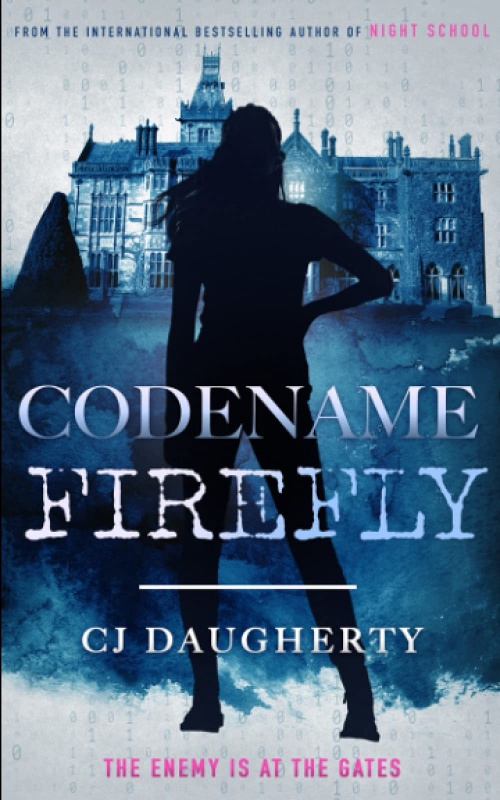 Gray Langtry is on the run. As the only child of the British Prime Minister, Gray’s life has been in turmoil ever since her mother was chosen to lead the country.

Both she and her mother are targets of a Russian assassination plot. And what’s worse, members of her mother’s own cabinet are involved. A team of bodyguards never leaves her side. The press attention is relentless. And then there are the death threats.

Now, after an attempt on Gray’s life, she has been moved to an elite boarding school in the British countryside. Shielded by high walls and locked gates, Gray finally feels safe, but the plotters are still hunting, and soon they will find her.

Gray’s personal bodyguard, Julia, and the school’s young headmistress are determined to protect her. They both know how dangerous things are. The assassins searching for Gray are highly trained. And when they arrive they will aim to kill. Dylan, a mysterious American student, seems to know more than he should – but he’s always there when Gray needs him. Can she trust him? Can she trust anyone?

As winter closes in and darkness falls, Gray will have to think fast.

The hunters are coming.

After an attempt on her life, the UK Prime Minister’s daughter, Gray has been sent to a special boarding school with elevated security. It’s somewhere she should be safe. However, her attackers are not finished with her and are back to finish what they started.

As a guy in his (cough) forties, I am not the target audience for this novel. However, that’s not to say that I didn’t find it enjoyable. This is the sequel to Number 10 (which I hadn’t read prior to starting Codename Firefly) but it’s not a problem, this can be read first or as a standalone. Enough is explained so that you can keep up with what has happened to Gray.

Gray herself was a little bit of a mystery to me but I can see her being relatable in many ways. Gray is a normal kid, trying to be as normal as she can despite her circumstances.