NK Chats To Marilyn Bennett About Her Book, Granny With Benefits 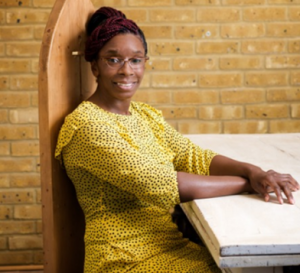 Hello Marilyn. Thank you so much for joining me today. Your book is called Granny with Benefits. What is it about and how did the idea originate?

Hi Laura, thank you very much for inviting me.

The book is about a 39 year old single woman called Grace. Her grandmother passes away and Grace volunteers to clear out her belongings from the Sheltered Accommodation, but really it’s an opportunity to get her sticky paws on some beautiful coats and jewels that her grandmother owned. Grace is dressed head to toe in her grandmothers clothing when a handsome man, who is looking for accommodation for his father, comes to view the room. They strike up a meaningful conversation about life and love, a discussion Grace believes would not have happened had he not thought she was an old woman. Grace decides that she will use her Granny alto ego to engineer a date for herself with the man, but things do not go according to plan.

The idea originated from two separate conversations that I had with friends of mine. The first conversation was with one of my best friends, who at the time was single and very reluctant to join Match.com. It made her feel exposed and she felt that it was a digital meat market. We had a long conversation about dating. We came to the conclusion that the men we were meeting wanted someone to look after them. They were basically looking for their mothers. This sparked the idea of men looking for their mothers when dating in my head.

The second conversation was with male best friend. I suggested to him that as we both had single friends we should set them up on blind dates. He agreed to speak to his friend and I was horrified when he advised that his friend had given him right of veto to vet my friends via photographs to decide if they were suitable for a blind date. He thought it was a perfectly reasonable suggestion. I thought the pair of them had a bloody cheek!

The two conversations made me want to explore the idea of getting to know someone in a dating scenario without them realising it. What would they reveal about themselves? I also loved the idea of being able to look at the process of dating and aging. Grace gets the opportunity to become her ghost of Christmas Future through her Granny alter ego and it impacts on her present life.

If you were suddenly given the courage to do the one thing you’ve always wanted to do but have not yet done, what would you do?

I would walk a tight rope. I suffer from vertigo and only discovered this in my late twenties. Even the thought of a great height makes me dizzy! I can change a light bulb and put up curtains, basically anything three rungs up a step ladder, but any higher than that and you’re on your own!

What’s your writing process like? When writing this book, did you plan much and did you edit as you wrote or once you’d completed the first draft?

I discovered my writing process and the fact that I could write a novel by accident! I had planned to write a short film and whilst plotting it turned into the novel.

I wrote the entire novel by hand in notebooks, so there was no editing. I have a computer, so I have no idea why I did it this way. I think it was my subconscious not quite convinced that I could write a novel, so didn’t want to commit to it fully. When I typed up the novel that served as my first edit. Then when I read it back, that was the second edit.

I then came across an organisation called Spread the Word and they offered one to one Fiction Surgeries, so I booked one. It was invaluable. Based on the Writer Development Manager reading a 3000 word extract from the novel, I was given some top tips on where it wasn’t quite working. One of the books recommended at the session was Stephen King’s On Writing. It is an absolutely fantastic book for any writer, but particularly a new one like me. Once I read that I knew what I needed to do with the novel. I didn’t touch it for four months then I gave it a complete restructure and further edit.

At this point I knew I had got it in the best possible shape I could on my own, so I then found an Editor. We did one edit and a final read through and the book was done!

I was quite a long journey, but I now have it down pat, which made writing my second book a much more refined process. Plotting is the key for me. I plot from beginning to end before I write a single word on the manuscript.

I was a prolific reader as a child, but then I discovered film and so most of the authors I admire are from my childhood.

I loved Roald Dahl books. His imagination seemed boundless. He seemed to have a knack/genius for creating fantasy worlds that were comfortably inhabited by real children. Nothing seemed impossible, but simply magical.