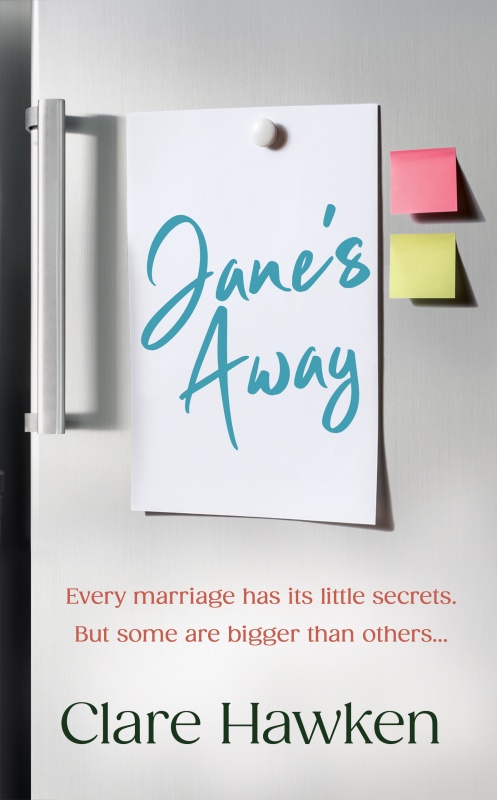 Roger Kurmudge is rather smug about his affluent life and happy marriage.

It’s just as well his wife, Jane, is totally in the dark about what he got up to in the past. But on his retirement day, Jane disappears. Roger’s about to panic. Will he have to sell some shares or – heaven forbid! – the house in Bordeaux to pay a ransom demand? Worse – has Jane discovered his guilty secret?

Then Jane’s emails start arriving. Take the dog to the vet. Look after grandson Alfie for the day. Do the washing, shopping and cooking. Host Christmas for the family. Roger doesn’t know why Jane’s gone but he’s sure he can manage her ‘women’s work’ without any trouble. Although it’s harder than it looks.

As the weeks go by and Jane stays away, Roger is forced to re-examine everything he thought he knew about his family, his life and himself. But even if Roger can change for the better, will Jane ever come back? Or has she, too, been keeping secrets of her own?

Roger is quite pleased with his perfect life. He’s about to retire from a successful business, he has a nice home in Guildford and he has a beautiful and dutiful wife. He has good reason to be smug right? Especially as he’s managed to keep his secret all these years.

When Jane disappears on the day of his retirement and e-mails from her begin to appear, Roger must quickly learn to adapt but Jane’s job of running the house, walking the dog and looking after their grandson should be easy – or so he thinks.

Roger or ‘Woger’ at the start of this story is one of the most frustrating fictional characters I have ever met. He has this attitude that his family are happy purely based on the fact that he’s always provided for them financially and because of this, he feels that he is well liked and respected, both in his personal and professional life. I really wanted to give him a piece of my mind. Haha.

However, as the book progressed, I loved seeing how Roger adapted and began to realise what he had and what he’d taken for granted. There is a wonderful life lesson with this novel and it is tackled well.

The supporting characters are all well rounded and real. Alfie especially was adorable and I really liked Jamie.