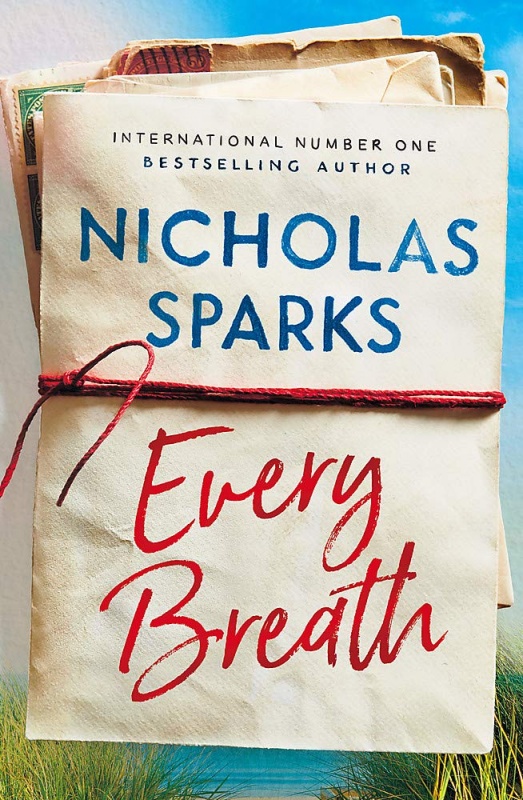 Every Breath is the new novel from Nicholas Sparks and is due to be released by Sphere tomorrow.

Hope Anderson is at a crossroads. After six years with her boyfriend, she is no longer sure what she wants, and when her father becomes ill she heads to her family’s cottage at Sunset Beach in North Carolina to make some difficult decisions.

Tru Walls has been summoned across an ocean from where he was born and raised in Zimbabwe by a letter from a man claiming to be his father. In journeying to Sunset Beach, Tru hopes to unravel the mystery surrounding his mother’s life, but the letter will lead him in an unexpected direction.

When these two strangers’ paths cross, their chance encounter sets in motion a heart-breaking story – one that will transcend decades, continents and the workings of fate.

Tru has travelled to North Carolina from his home in Zimbabwe to meet a man he’s never met. His plan is to have this meeting and head back home as soon as possible. What he doesn’t count on is meeting a woman on the beach. She’s a stranger but he has the feeling that he’s met her before.

Hope has come to her family beach house one more time before it is sold. Whilst walking her dog she looses sight of him. Scottie is brought back by a handsome stranger. Like Tru she has a feeling that she knows him.