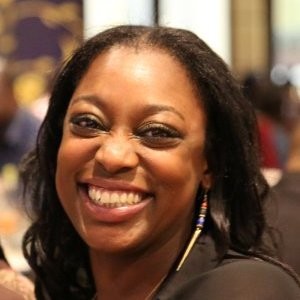 Nadine Matheson is the author of The Sisters and I’m pleased to be welcoming her to Novel Kicks today. Nadine, can you tell us a little about The Sisters and how the idea originated?

The Sisters are Lucinda, Jessica, Beatrice and Emma LeSoeur. In the 1990’s Lucinda, Jessica and Beatrice were Euterpe; Britain’s biggest girl band until Lucinda meets a successful music producer, Paul Morgan, and decides to leave to seek solo success in America. Lucinda’s announcement is a shock not only to her fans but also to her sisters; especially Jessica who takes Lucinda’s departure the hardest. Twenty years later, the sisters are living very different lives. Jessica owns a successful PR agency; Beatrice is a lawyer and Emma, the youngest works for Jessica. After living in New York Lucinda is divorced with two children and is forced to return back to London as she’s facing financial ruin. When she returns home, she doesn’t get the happy reunion that she was hoping for.

The idea for ‘The Sisters’ originated after watching one too many episodes of ‘The Real Housewives…’ There was one particular episode when I realised that one of the characters was actually broke. Even though on the outside she had the designer bags, shoes and drove an expensive car she was actually a bit skint and I based the character of Lucinda on her.

I need some sort of background noise. I’ve tried but I can’t work in complete silence. The sound of my fingers tapping away on my laptop for hours on end would drive me mad, so I’ve always got the radio on listening to BBC London 94.9 or have iTunes on shuffle mode.

I wouldn’t want to actually live her life, because to be honest it’s a bit depressing but I would swap places with Miss. Havisham from Great Expectations. Miss.Havisham is one of my favourite fictional characters and I would swap places just so I could get her out of that old, mouldy wedding dress, throw the rotting cake in the bin and enjoy her wealth and her life. The woman needs to get some sunshine on her face.