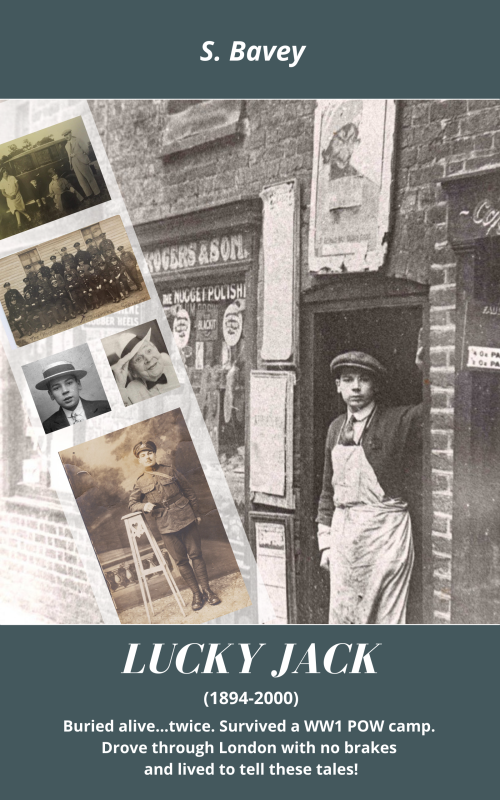 “One of the perils of being a sniper during the First World War was the likelihood of a grenade going off right next to you and burying you alive”.

Meet Jack Rogers. Born in 1894, he once locked eyes with Queen Victoria and was one of the first travellers on London’s ‘Tube’. An early car owner, he had many escapades on his days out to Brighton, including a time when his brakes failed and he had to drive through central London without them!

His skills as an entertainer earned him popularity throughout his life, and kept him out of the deadly mines while a prisoner during the First World War. At the tender age of 103 Jack earned the title of ‘The World’s Oldest Columnist’ as he began dictating his life’s exploits to a reporter from the local newspaper.

I have to admit, memoir type books are not always something I will immediately pick to read but there was something about Jack’s story that drew me to it.

The book, written by Jack’s Granddaughter, is presented in a first person narrative, from Jack’s point of view, as though he were writing a diary. This felt as though I was going through his life with him and boy, what a life.

Born in the 1800’s, Jack lived through two world wars, fought in the first. becoming a POW, saw many prime ministers, witnessed many technological and medical advances, lived in three centuries, locked eyes with Queen Victoria and was amongst the first people to ride the Tube. His stories and anecdotes throughout were fascinating.