Blog Tour: When Polly Met Olly by Zoe May

Book Extract: When Polly Met Olly by Zoe May 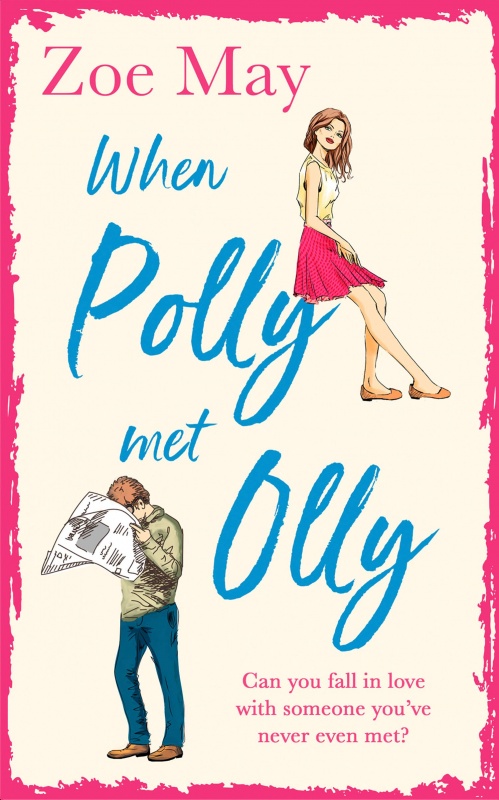 I am happy to be welcoming Zoe May to Novel Kicks today and the blog tour for her novel, When Polly Met Olly.

Polly might spend her days searching for eligible matches for her elite list of clients at her New York dating agency, but her own love life is starting to go up in smoke.

Even worse, she can’t stop thinking about the very person she’s meant to be setting her latest client up with… surely it can’t get any worse!

But then Polly bumps into oh-so-handsome Olly, who heads up a rival agency, and realizes that perhaps all really is fair in love and dating war…

I have reviewed the book below but first, Zoe and HQ have shared an extract today.

Surely, I’m not qualified to be a matchmaker?!

You’d think getting a job at a dating agency might actually require you to have found love, or at least be good at dating, but apparently not. I’ve been single for three years and I haven’t had a date for six months, yet I’m pretty sure I’m nailing this interview.

‘So, what kind of message would you send Erica?’ Derek asks, handing me a print-out showing a dating profile of a pretty, tanned brunette. Derek is the boss of To the Moon & Back dating agency, although with his nicotine-stained teeth, lurid purple shirt stretching over his giant pot belly and cramped city office, he’s not exactly what I imagine when I think of Cupid.

What kind of message would I sent Erica? When Derek says ‘you’, he doesn’t mean me, as in Polly Wood. He means me pretending to be 34-year-old bachelor Andy Graham, because that’s what my job as a matchmaker would involve. While Andy, and the rest of the busy singletons on the agency’s books, are out earning the big bucks, too busy to trawl internet dating sites looking for love, I’ll be sitting here with Derek, firing off messages on their behalf in the hope of clinching dates. It’s a little morally questionable I suppose, since the women will be chatting to me beforehand, and will no doubt become enamoured with my witty repartee and effortless charm, but to be honest, I haven’t really given the moral side of it much thought. According to Derek, it’s what all dating agencies do, and anyway, ethics somehow stop being so important when you really need cash.

I try to put myself in the mindset of Andy, while thinking up a message for Erica. I only know about him from reading a form he’s supposedly filled in, which Derek gave me to study five minutes earlier. According to the form, Andy is an ex-army officer turned property surveyor. He grew up in a small town in Ohio where his family still reside. His younger brother, aged 31, has already settled down with a wife and three kids, and reading in between the lines, I get the impression that Andy feels he’s beginning to lag behind. He works long hours, reads Second World War history books in his spare time, enjoys visiting aviation museums and likes to play tennis at the weekends. Oh, and he has a penchant for Thai food.