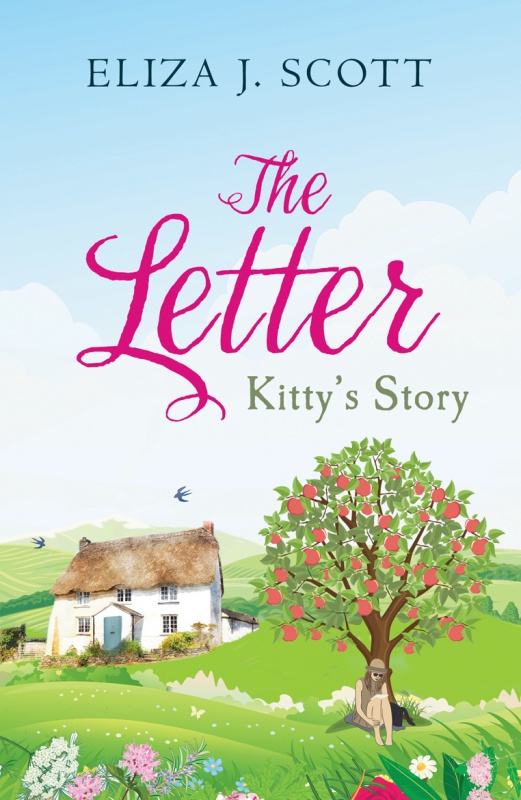 Thirty-four-year-old Kitty Bennett is trapped in a loveless marriage to criminal barrister, Dan, who’s gradually isolated her from her family and friends. Until the day she (literally) bumps into her first love, the handsome and easy-going Ollie Cartwright – someone she’s done her best to avoid for as long as she can remember.

Looking into Ollie’s eyes awakens feelings for him she thought she’d buried deep years ago, and he clearly feels the spark, too. As she walks away, Kitty can’t help but wonder what might have been…

Dan senses that his marriage is on shaky ground and knows he needs to win his wife round. He turns on the charm, skilfully using their two children, Lucas and Lily, as bargaining tools. But Kitty’s older brother, Jimby, and her childhood best-friends, Molly and Violet, have decided enough is enough. For years they’ve had to watch from afar as Kitty’s been browbeaten into an unrecognisable version of herself. They vow to make her see Dan for what he really is, but their attempts are no match for his finely-honed courtroom skills and, against her better judgement,

Kitty agrees to give her husband one last chance. But, all-too-soon, a series of heart-breaking events and a shocking secret throw her life into turmoil…
Will she stand by Dan, or will Kitty be brave enough to take the leap and follow her heart to Ollie?

Life is anything but peaceful in the chocolate-box pretty village of Lytell Stangdale, where life unravels, and hearts are broken. Full of heart-warming moments, this book with have you crying tears of joy, laughter and sadness.

When Kitty first meets Dan, he is charming, attentive and loving. It’s not long before she is won over and they are married. Kitty’s family is not so convinced about Dan and try to warn her to be careful. Ollie is also heartbroken. He’s in love with Kitty and tries hard to move on but is always in the background of Kitty’s life.

Dan and Kitty have now been married for a few years. Dan is dominating and mostly absent from the family home. When he is there, he is emotionally abusive. This is where we find Kitty at the beginning of the novel.

Kitty, despite having the outwardly appearance of having the perfect life is in fact living quite a tragic one. I was torn between wanting to step into the novel to give her a hug and to firmly tell her to leave Dan behind.
Without giving too much away, something definitely shifts for Kitty throughout this book.